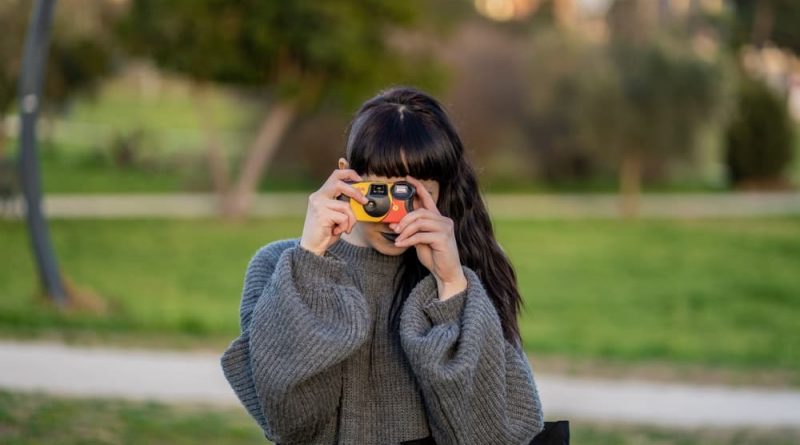 To get to talking about disposable cameras, we must first say that in recent years the evolution of technology has meant that cameras have undergone significant changes. For example, we have moved from the darkroom to develop photos to online print labs, to the images we prefer most. The cameras themselves have also changed shape. But one of the classics that will remain in the history and memories of many of the nineties are disposable cameras. Let’s see in this article what we are talking about. 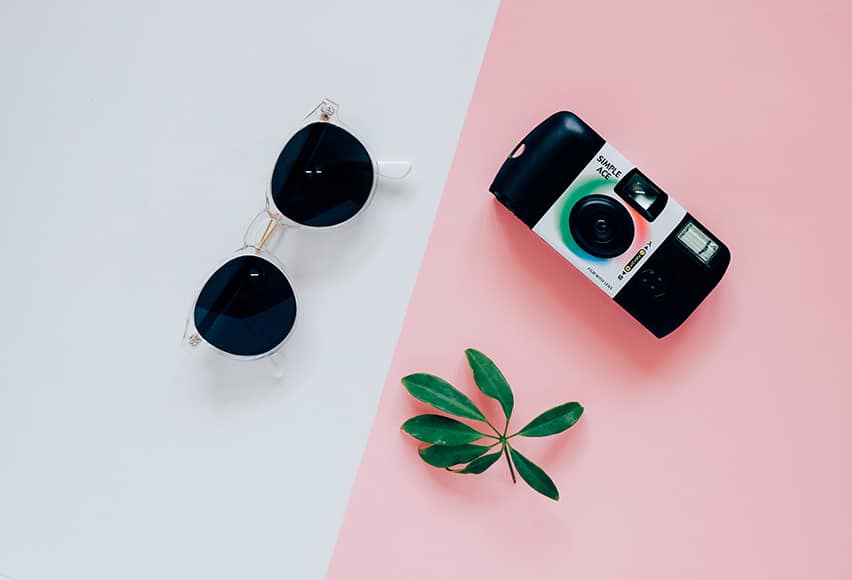 What are disposable cameras?

The disposable camera was a single use camera that had advantages . Obviously, it was absolutely not taking pictures as accurate as a DSLR, but in many situations it helped us. It was taken on vacation, to various appointments or as is in my memories, even on school trips. We wanted to take pictures without being afraid of losing or breaking it for its cost as an analogue camera might have been at the time, but it was practical and useful.

We must say, that today we are going back a little bit in time, both in fashion and in objects that were part of the nineties. In fact, just think that films are back in vogue today, especially thanks to social networks like Instagram with stars who post photos with old disposable Kodak, to set a trend, but we have returned to try again that thrill and fun that now seemed dozing.

The most successful model was one from Kodak, it was the most popular at the time. It was loaded with Kodak ISO 800 film . It was perfect for any occasion and even had a flash. Plus, you could take up to 39 photos with that disposable camera. It was perfect for getting started with the analog camera. It could also be fun for children to experiment and try their hand at photography.

Disposable cameras were made entirely of plastic and could be found and bought anywhere. There was a package that featured the camera, which was built with lenses, a coil and various tools to take pictures, usually 24 to 32 photos . Clearly, once you finished shooting and brought it to develop, you either kept it as empty as a souvenir or you threw it away. Today it is difficult to find disposable cameras, but some shops continue to sell them, they must be very well stocked. 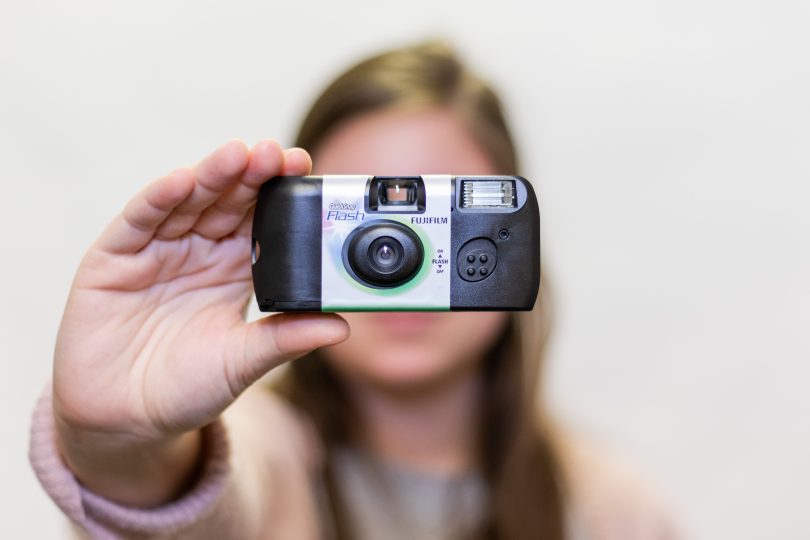 Another peculiarity was the possibility of finding a disposable camera to take pictures underwater . It was a very economical alternative to traditional models of underwater photo cameras. They were easy to use and it took little experience to be able to use them. They were disposable and waterproof, could be used anywhere, but could only be used within a few meters. The cost was very low, this is because the waterproof case was made with a synthetic and plastic material instead of aluminum. They thus reduced production costs. Also, while its simple and basic settings were very comfortable, it didn’t have any buttons or buttons for several things, just one.In addition, there was a writing that indicated the absence of light intensity. That is, this meant that if there was no light source in the water, the images would surely come dark. Clearly, the biggest drawback was the absence of the display.

Since there are still few of them, you should know that they all use 800 ISO films , given their low lens brightness and low magnification. Plus, its color negative films are tolerant of overexposure so there was no problem shooting outdoors. They work with fixed focus on hyperfocal, have no exposure meter and therefore can still be used for outdoor shots with the right amount of light.

It must be said that it is a very hard-fought field. Since in the end they were simple cameras with plastic lens, cardboard body and fixed focus and therefore the shots were often on the verge of decency. It also happened that out of thirty shots only a dozen were good, so then it was money wasted. Because maybe they were poorly developed and the films took too much light. There are those who called them technically atrocious cameras. But, some use these cameras even if they are professionals. They take photos of landscapes with a vintage flavor, dusty street scenes, imperfect poses. All for the sake of the charm of the sudden.

What else should you know about disposable cameras?

We’ve pretty much said it all, that it’s a camera that was meant to be used only once. That most used fixed focus lenses. That some were equipped with a system that was integrated with flashes and that there were also underwater versions.

The greatest use began in 1990 , around its end, when they were given together with favors. They were placed on tables at wedding receptions and guests used them to photograph from their perspective. They were even kept in the car in the form of camera kits suitable for accidents . Because if there was an accident, in those days there were no smartphones, you could film the scene with the camera and then understand the damage, right and wrong. They were usually made with plastic lenses, very poor quality films and fixed focal lengths.

Today applications have been invented to allow you to take photographs as if you were shooting with a disposable camera, one of these is the very famous Huji, used by everyone. In the United States, a digital disposable was made around 2004 , but it was not successful. Indeed, the old disposable analog cameras have outclassed them by far since they were still the models initially designed for simplicity and low costs both to build and to buy them.

Instructions for use: how disposable cameras work

Let’s see in detail the elements that make up a disposable camera :

Very simple right? Think that in the case of other analog cameras we have to consider many other parameters such as aperture, lens (there are many types such as telephoto or wide angle), ISO and so on. Of course, luckily there is in almost all these cameras the possibility to set the automatic mode . But if we don’t chew a lot of photographic knowledge and have neither time nor intention to go and fill in our gaps, or we know the camera user will be a child, then opting for a disposable camera is the way to go. fairest choice to make.

In disposable cameras , unlike other analogue cameras , the film is wound on a receiving reel . It will be placed in a plastic container wrapped in paper (customized according to the manufacturer) where, with each single click, it will advance towards its wrapping. Once all the shots are finished (the aspiring photographer will notice because the cogwheel will spin idle), the film will be wrapped and ready to be developed .

If we have some friends or relatives with a passion for photography and who have a darkroom where they can develop the film, we can contact him, otherwise just go to the nearest photography shop and, with a few euros and a few days of waiting. , we will have the result of our shots!

Info on models and prices

The best and fastest way to buy a disposable camera  is to go online .

On the web we will find all brands and prices. We will see that there is the model with flash, without flash and the waterproof one . As a range of prices both goes from 8 to 20 euros . We can find cameras of 12, 27 and 39 shots . As manufacturing brands we find well-known and respected names such as Kodak and Fujifilm .

There are also packs of multiple cameras that allow you to stock up and save. We find packs from a minimum of 2 up to 10 cameras. Prices range from 25 to 90 euros.

Therefore, it is a completely different way of approaching photography compared to the one we are used to taking pictures with a digital camera or smartphone : we cannot delete or modify the photos taken and we cannot view them immediately. But, perhaps it is precisely these “defects” or limits that attract us to its purchase: for once we do not want perfection or the possibility of control over everything. We want the surprise effect, the unpredictable, the mystery of the shot . Simply put, we want to experience the thrill of the unknown.