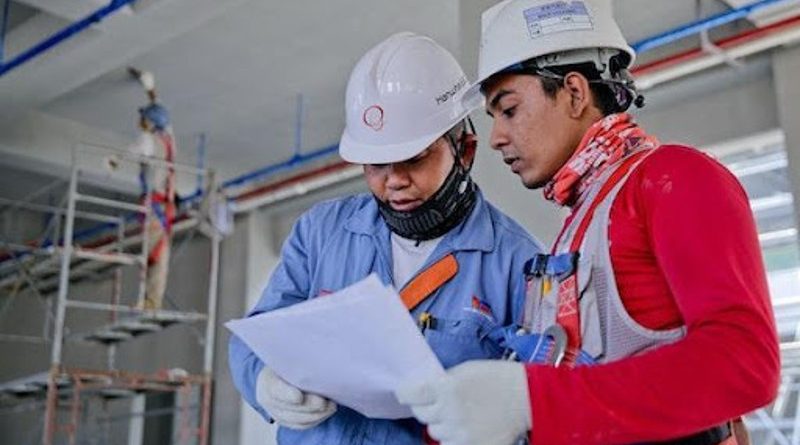 The 360-degree cameras are useful in ensuring that no accidents happen during a project and that all team members are following safety guidelines. Moreover, they are used in construction photo documentation since they capture images from every angle and provide a detailed view of the work site.

How to Monitor the Construction’s Progress with 360 Degree Cameras

Three-hundred-sixty-degree camera solutions are an easy way to get all the footage of a construction site that may be necessary for promotional materials and documentation. In addition, with 360 captures, clients can better track the progress of their projects with options for payments.

360 cameras are becoming more popular because they mimic the exceptional quality of normal VR cameras. They produce high-quality footage for a digital marketing campaign or live broadcast. High-resolution will impress your clients and become a valuable part of their marketing strategy.

360 cameras have been around for quite some time, and many people have taken advantage of the technology. In addition, VR headsets/goggles are also gaining popularity, creating various forms of virtual reality. One thing is for sure: the combination of these two technologies can provide a compelling way for other users to interact virtually.

Three Amazing Use Cases of the 360-Degree Cameras

360-degree cameras are the perfect tool to help a construction project be built faster and easier. They help you monitor construction projects, see their appearance from all angles, and even capture footage for VR or AR projects. They can also be used in other ways, such as:

360-degree cameras can provide high-quality images and footage when used in live events, such as concerts, festivals, or sporting events. You can capture every moment of your favorite show or event with 360-degree cameras.

360-degree cameras are great for use in amusement parks, such as Disney World, or any event where many people are present. With these cameras, you can get footage from all angles without purchasing multiple surveillance systems or relying on expensive cameras to take the footage.

360-degree camera surveillance systems are set up in various places around the construction site. You can use these cameras to monitor your site and make sure that everything is at all times secured and under surveillance.

The Challenges of Working With 360 Cameras

360-degree cameras are becoming increasingly popular, which can probably be attributed to their convenience. They are available in different models and get the job done just perfectly. Why are many construction firms not using them?? The answer is that many industries have not yet caught on to the new technology. 3D Laser Scanners are commonly used by the construction industry and have been in use for a long time. They can be found in every type of building, from homes to factories.

All-in-one security systems are extremely expensive and tend to come at a steep cost. Additionally, these cameras can be very complex, with some needing continuous monitoring while others require special training. Currently, the cost of using such technology might be quite prohibitive to small-scale contractors. Therefore, they either rent this technology or choose not to use it. Hardware costs are one issue, and the information gathered on the back end is another. There are some limitations, such as:

If you’re interested in capturing quality images, you might consider adding some additional light sources and equipment. Darkness can be a problem when trying to produce a quality photo, so this would help provide a better end product.

360 camera shots can be awesome but also difficult to work with. You might end up capturing the monopod setup in your 360 photos.

Pictures must be obtained from a fixed location to achieve perfect project progress documentation,

360-degree cameras are becoming a more and more popular tool for construction companies. They help monitor construction project progress and provide valuable insights to the management team. They also allow you to monitor the construction’s progress from different angles.

Read Also: How to Organize Your Employees as a Construction Project Manager