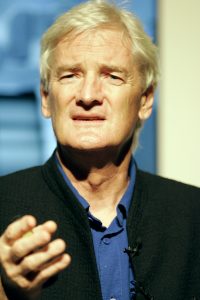 How rich is James Dyson?

James Dyson is a British inventor, designer and entrepreneur. With his company of the same name, Dyson, the Briton has made a huge fortune. Forbes Magazine ranks the billionaire among the 1000 richest people in the world. Various product inventions, further developments and business ideas increased his awareness. The cherished James Dyson net worth € 8.36 billion.

The beginnings of the entrepreneurial career

James Dyson’s success is based on a single device: the vacuum cleaner. He himself describes his childhood as the decisive event. His mother kept giving him vacuuming around the house. However, the vacuum cleaner rarely worked properly. When he bought a more expensive vacuum cleaner, it was noticed that the problem is the bag inside. As a result, engineer James Dyson designed a vacuum cleaner without the filter that was previously required. Heavily indebted, the inventor started looking for investors – initially in vain. Then, however, a Japanese company decided to produce and successfully market the vacuum cleaner. The foundation for success was laid.

Today is that Dyson company is still 100% family owned. However, the billionaire increasingly withdrew from everyday business. As chief engineer, he is still active in the company, but the German Roland Krüger is now managing the Dyson company as CEO.

The vacuum cleaner started, but it was far from over. To this day, James Dyson is an innovative entrepreneur, questions existing concepts and rethinks them from scratch. Fans, washing machines and hand dryers are just a few of the everyday items of equipment that the Dyson company has modernized and, in some cases, revolutionized. Before his breakthrough, the engineer developed, for example, a wheelbarrow with a ball instead of a tire or the wheelboat – a mixture of watercraft and land vehicle.

In his company, James Dyson prefers young people. The average age of his engineers is said to be in their 20s. The Briton attributes this to a reason. The younger people are, the less influence their life experience has. Young workers can thus approach new things more openly and are not yet characterized by existing solutions.

The company’s focus is on innovative product ideas or fundamental variations. For this reason, research and development is at the heart of the company. The company’s own research center is strictly secured – secrecy is the top priority. No wonder, after all, several million euros have been invested in patents for the company. Dyson currently holds over 3,000 patentswith which he can gradually increase his wealth.

Of course, James Dyson’s life’s work cannot be ignored. Meanwhile he is proud member of the Royal Society and holds various medals of honor, including an honorary doctorate from the University of Bath.

The most expensive penthouse in Singapore

In 2019, the British entrepreneur relocated to Asia. He himself describes this step as logical in order to follow his company and to be closer to the customers. However, James Dyson and his wife did not move to Singapore the traditional way – The goal was the most expensive and tallest penthouse in Singapore. The billionaire couple bought floors 62-64 of the so-called Wallich Residence for a whopping 54 million US dollars. Almost 2000 square meters, including an infinity pool, wine cellar, garden and whirlpool. In October 2020, Dyson sold the luxury penthouse again and even made a loss. The property was sold on to Leo Koguan, co-founder of the technology and internet company SHI International, for a good 45 million US dollars. James Dyson also has to pay US $ 5 million speculative tax because he owned the property for less than two years.