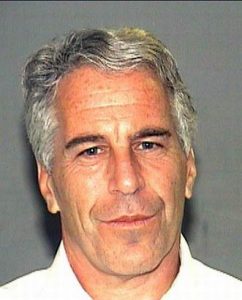 How rich was Jeffrey Epstein during his lifetime?

Jeffrey Epstein was an American investment banker who lived from 1953 to 2019. Jeffrey Epstein died in detention after being charged with sexual exploitation of minors. Today there are numerous conspiracy theories surrounding the death of the investment banker, who maintained close relationships with numerous celebrities during his lifetime. The hedge fund manager and founder of J. Epstein & Co. maintained close contacts with the wealthiest in society. His assets were made up of different components such as cash, fund shares or real estate. The intransparent financial situation provides a topic for discussion. His will, which he signed just two days before his death, contained all of his property and its distribution. The left behind Jeffrey Epstein’s net worth amounts to 515 million euros.

From college dropout to hedge fund manager for the super-rich

Investment banker Jeffrey Epstein was born in New York. He did not complete his mathematics studies. He then taught physics and mathematics at a private school, despite the lack of a qualification. In 1982 Epstein founded his own company for Asset management with the name J. Epstein & Co. This specialized in investing money for billionaires. However, there is still uncertainty about the origin of Epstein’s fortune. Leslie Wexner is known as the only client of his asset management. The Wexner Foundation even named the asset manager to its board of directors.

Over the years, the investment banker founded a model agency and made investments in innovative startups. All of his activities resulted in Jeffrey Epstein becoming an investment banker for the super-rich intelligently increased his own fortune. The Bloomberg news agency itself points out that the wealth structure is hardly quantifiable. The majority of his business partners are anonymous to this day. In addition, a large part of his assets are in various offshore accounts.

Epstein and his property

Jeffrey Epstein’s net worth is not composed entirely of cash or stocks. Some properties were owned by the American. He owned a ranch in New Mexico, an apartment in Paris, the private island Little Saint James and a villa in Palm Beach. There were also one Boeing 727, a helicopter and numerous cars for the fortune of the native New Yorker.

The prominent handling of the investment banker

Jeffrey Epstein was one of the super-rich in America. He associated with numerous, famous personalities. Former US President Bill Clinton and his wife Hillary Clinton, today’s US President Donald Trump and Prince Andrew from Great Britain (second son of Queen Elizabeth II) maintained private and business contacts with the investment banker, among others.

Worldwide Jeffrey Epstein gained notoriety as a sex offender. Together with his long-time girlfriend Ghislaine Maxwell, he was charged with numerous criminal offenses. Following a deal with the prosecutor, Epstein was pleaded guilty in federal court. His 18-month sentence was marked by mild conditions that included visits to his own office. The investment banker was dismissed after only 13 months because of good conduct.

After several years of silence, the New Yorker was again targeted by American law enforcement agencies. On July 6, 2019, the American police arrested Epstein immediately after his return to the United States. He was accused of forming a prostitution ring for minors. Together with his partner at the time the investment banker is said to have abused several hundred women. Before a conviction, Epstein was found dead in the prison cell.

There are various theories and doubts surrounding the death of Epstein. His brother Mark Epstein does not believe in suicide in the prison cell. Only two days before his death, on August 8, 2019, Jeffrey Epstein had his will drawn up. In it became a Assets valued at $ 577,672,654.00 total cited that Mark should flow to Epstein, he is the only heir to the deceased sex offender.

The Netflix documentary about Jeffrey Epstein

The US streaming service Netflix has now published a documentary about Jeffrey Epstein. In the Documentary “Jeffrey Epstein: Filthy Rich” the events surrounding the filthy rich investment banker from New York are the subject of discussion. Numerous abused women also have their say in the short series and report from Epstein first hand. If interested parties want to get their own picture of the investment banker with assets of 515 million euros, the Netflix documentary is ideal.