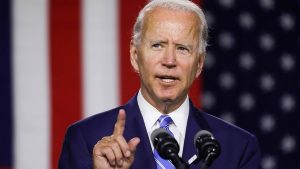 How much money does Joe Biden have?

Joe Biden is the 46th US President officially inaugurated on January 20, 2021. The Democrat won the 2020 US election, replacing Republican President Donald Trump. In the US top office, he receives an annual salary of $ 400,000. The current Joe Biden’s net worth is estimated at 7.5 million euros.

For a long time, the US president was considered one of the “poorer” politicians in Congress and saw himself as part of the middle class. It was only during and after his vice presidency that Biden made a fortune performing ($ 40,000- $ 190,000 per speech) and his bestselling book “Promise Me, Dad” ($ 11 million in sales).

A career in politics

In the 1972 US Senate election, Joe Biden surprisingly won for the state of Delaware at the age of 29 and represented it in the US Senate from 1973.

In 1987 the politician wanted to become US president and announced his candidacy for the office from 1988. After only 6 weeks he withdrew from the race because there were serious allegations of plagiarism against him.

In 2007, Biden also ran for the Democrats for a possible US presidential election in 2008. However, he had no chance at all in the Democratic primary. African American Barack Obama won the race and became the top Democratic candidate for the 2008 US election.

Originally, Biden wanted to run for President of the United States against Trump in the 2016 election, but decided against it because of the tragic death of his eldest son Beau from cancer in 2015. He then supported his Democratic colleague Hillary Clinton in the election campaign against Donald Trump.

On April 25, 2019, Biden announced in the race for the US Presidency 2021 of the Democrats. In the Democratic primary he was able to win clearly against his challenger Bernie Sanders, who announced his retirement a year later.

The US election on November 3, 2020 turned out to be tough, because the counting took until November 7, much longer than expected, due to the large number of postal votes and the high voter turnout. In the end, it was a hard-fought victory for Joe Biden, who was sworn in as the 46th President of the United States on January 20, 2021, and US Senator Kamala Harris as his Vice President. Even the protests by opponent Donald Trump could not change the result. Bottom line: 306 electors to 232 Trump electors.

Joe Biden married his childhood sweetheart Neilia Hunter in August 1966, and they had three children: Beau, Robert and Naomi. On December 18, 1972, his wife Neilia and daughter Naomi were tragically killed in a traffic accident. Robert and Beau survived injured and Biden took the US Senate oath at the bedside of their two sons. In June 1977, Biden married his second wife, Jill Tracy Jacobs, and they had a daughter named Ashley in 1981. Another stroke of fate shaped the family when the eldest son Beau died in 2015 of a brain tumor who was also aiming for a political career.