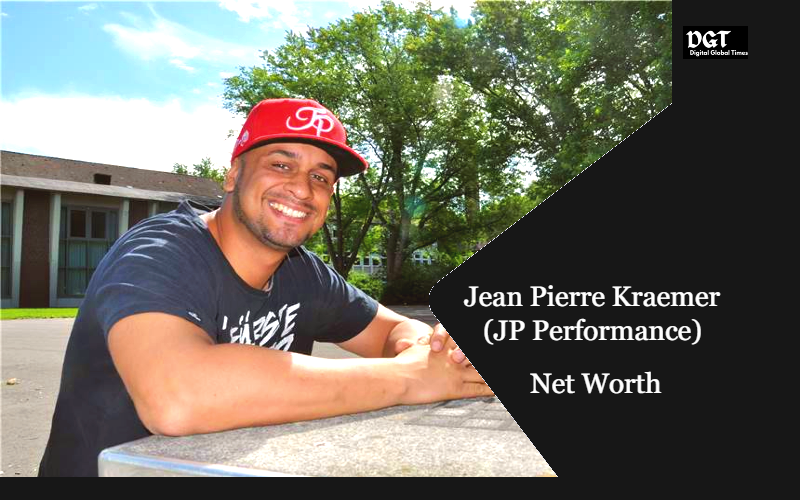 JP Kraemer, whose real name is actually Jean Pierre Kraemer, is cleaning up the German automotive scene, at least on the Internet. After all, there is currently no other YouTube channel that is more successful in the automotive sector in Germany than JP Performance. The entrepreneur and producer of web videos have already made an appearance on TV. The creative entrepreneur uses his appearances on television and on the Internet to make his company, JP Performance GmbH, whose headquarters are in Dortmund, even better known. The estimated net worth of Jean Pierre Kraemer is 5.5 million euros.

This career is on a solid footing. After all, JP Kraemer himself completed an apprenticeship as an automobile salesman at Porsche. Then he was a sales manager at 9ff, a well-known Porsche tuner. Thus, in the course of his professional career, Jean Pierre Kraemer has definitely had the opportunity to acquire the knowledge necessary for his independence. He has been successful with JP Performance since 2012.

In 2007 founded JP with Sidney Hoffmann, the Five Star Performance GmbH in Dortmund. In 2009 they both got their own docu-soap, Die PS-Profis – Mehr Power aus dem Pott, broadcast on DSF (today Sport1). The business premises, as well as the workshops of the joint company, served as the shooting location. In 2012 the business partners separated, whereupon Jean Pierre Kraemer founded his own company JP Performance GmbH with a car tuning workshop.

From his reports for RTL Nitro, for which the entrepreneur was present at the 24-hour race at the Nurburgring both in 2106 and in 2017, to his own YouTube channel, today’s YouTube star has become more well-known in recent years expand more and more. This even helped him take part in the TV total Stock Car Crash Challenge at ProSieben. In 2014 he was able to secure third place and thus the bronze medal in this crazy competition. His participation in the Wok World Cup in 2015 should have fond memories of many die-hard fans.

Jean Pierre Kraemer has set himself ambitious goals, which he usually achieved. In August 2017 he opened his own fast-food restaurant – of course not without announcing this beforehand in a very effective manner on YouTube. This business also plays into the hands of its leading company, JP Performance GmbH. After all, the restaurant has its own showroom, so that car fans can admire some of the gems from Kraemer’s fleet there live and in color.

A few months later, Jean Pierre Kraemer hit the headlines again. Together with Jan-Erik Slooten and Lucas Luhr, he had founded his own racing team, which was to take part in the ADAC GT Masters. The IronForce Racing Team started with a Porsche 911 GT3 R. In December 2017; the busy entrepreneur also announced that he would immediately appear as an importer for the wheel manufacturer Rotiform Wheels, which comes from the United States of America, one of the tuning nations.

Whether it was his appearance at Markus Lanz in 2016 or his participation in the big ProSieben Völkerball Championship in 2017, Jean Pierre Kraemer definitely knows how to put himself and his business in the limelight. His YouTube channel now has more than 1.5 million loyal subscribers – and the number is rising. JP Kraemer has thus secured another mainstay on this path. After all, he earns many thousands of euros a month with his YouTube videos. This also has Karl Ess been analyzed and estimated monthly income of YouTube JP performance. Karl Ess also included commissions, sales in the webshop and much more.

In any case, it is inevitable that JP Kraemer is very well positioned financially in view of the business assets that he has earned and continues to make in the field of vehicle tuning. In addition, JP also has its own online shop with clothing from its JP Clothing brand, which of course fills its coffers even further. JP has built up many pillars, all of which harmonize and interlock.

One thought on “Jean Pierre Kraemer (JP Performance): Net Worth”