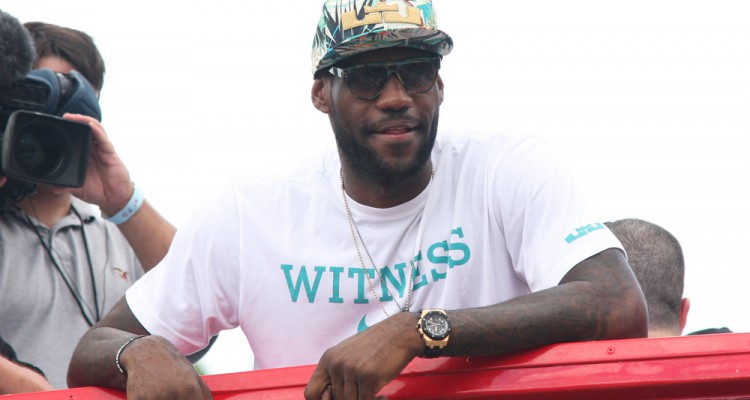 The lifelong sponsorship deal that LeBron James has just signed with Nike clearly underpins the status of the superstar basketball player. Because it is rumored that this deal could be worth $ 1.5 billion or even more by the death of sports legend saga. The renowned sporting goods manufacturer Nike has never paid so much to an athlete, so that LeBron James is making history with this offer. While basketball player Stephen Curry has repeatedly featured in the media as the NBA prodigy, LeBron James has now proven that he is still ahead of the game. While LeBron James’ previous advertising contract was due to expire in 2019, Nike extended it early and signed the athlete for the rest of his life and thus beyond the end of his basketball career. Other superstars like Michael Jordan have also been offered similar contracts.

In this way, Nike has ensured that Adidas, Puma and other sporting goods manufacturers no longer have a place in LeBron James. While the exact contract details are not known, there is heavy speculation. In any case, one thing is certain: It is the largest advertising contract that Nike has awarded to just one athlete in its entire company history. It is also the only lifelong sponsorship deal that the sporting goods manufacturer has ever signed.

LeBron James – one of many sports legends with lifetime advertising contracts

Thus, the value of LeBron James as an advertising figure is clearly evident. The American is in illustrious company. For example, David Beckham has a lifetime advertising deal with Adidas. Athlete Allen Iverson was hired by Reebok for the rest of his life and still receives $ 800,000 a year. At the age of 55, he is entitled to a trust fund of 16 million US dollars. Not a bad deal that is guaranteed to keep the athlete going.

Conservative estimates are likely to LeBron James deal worth around $ 35 million a year being. Assuming that one of the most popular basketball players of all time will not die for 45 years, then Nike will have to pay him a total of more than 1.5 billion US dollars as part of his lifelong advertising contract. Incidentally, this contract is a very special honor for LeBron James, which he truly deserves. Even as a small boy, the then rather lanky LeBron was a fan of the sporting goods manufacturer Nike, which he has been successfully representing as an advertising figure for over a decade. A great deal for both parties!