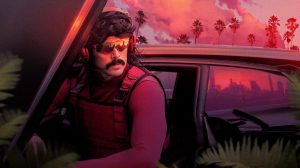 How much money does Dr Disrespect have?

Dr Disrespect, whose real name is Herschel Beahm IV, is one of the most famous video game streamers around. He has around 3.5 million followers on YouTube and his videos have been viewed over 245 million times. Although he had signed an exclusive contract with Twitch in March 2020, his channel was permanently banned from the platform a short time later. His popularity earned the Doc various advertising contracts. The cherished Dr Disrespect’s net worth is € 5 million.

Dr Disrespect takes care of a large part of his fortune with streaming. Before he was banned from Twitch in 2020, he had more than 30,000 paying subscribers. Through this he earned an estimated 300,000 to 350,000 euros per year. He receives money on YouTube through advertisements and donations from his viewers. Its fans can also purchase merchandise such as t-shirts and sweaters. With this income, Dr Disrespect can steadily grow his fortune.

Dr Disrespect has worked with various companies over the course of his career, including Gillette, ASUS and hardware manufacturers ROCCAT and Turtle Beach. Given his popularity, he receives substantial rewards from his sponsors for showcasing their products. His book was published in March 2021 Violence. Speed. Momentumthat sold well. It is estimated that the Doc has a total income of one million euros per year and so his wealth is constantly growing.

Herschel Beahm IV aka Dr Disrespect uploaded his first video to YouTube in January 2010. It was a Gameplay video for the game Call of Duty: Modern Warfare 2. Back then he was already wearing the look that is characteristic of him today: with a mustache, wig and sunglasses. He was also featured in various videos on the Machinima gaming channel. In March 2011, he became a community manager at video game developer Sledgehammer Games. At the end of 2011 he published his last video for the time being on YouTube.

At Sledgehammer Games, Dr Disrespect soon rose to level designer and was involved in the development of many of the multiplayer maps Call of Duty: Advanced Warfare involved. In parallel with his work, he started streaming on the Justin.tv platform (which became Twitch in 2014). In 2015 he quit his job in order to be able to concentrate fully on his career as a streamer and thus laid the important foundation for his current fortune. The games he mostly played were H1Z1, PlayerUnknown’s Battlegrounds and Call of Duty: Black Ops 4. At the end of 2017 he was at the Esports Industry Awards named Streamer of the Year.

In December 2017, Dr Disrespect briefly withdrew from Twitch to devote himself to saving his marriage. He had previously admitted to cheating on his wife. When he streamed again in February 2018, he had around 388,000 viewers at the same time. That made him one of the most successful and popular streamers on the platform. In June 2019 he visited the E3 game fair in Los Angeles. He was accompanied by a cameraman. The duo also streamed live from the public bathroom in violation of California privacy law and Twitch policies. Therefore, Dr Disrespect was expelled from the fairgrounds and his Twitch channel blocked for 14 days.

At the end of 2019, Dr Disrespect was again streamer of the year at the Esports Industry Awards. In March 2020, he signed a contract that would tie him to Twitch for several years. However, three months later, his account was blocked with a notice that he had violated the platform’s guidelines. In August In 2020, he returned to streaming on YouTube, the specific reasons for his banning from Twitch are still unclear.