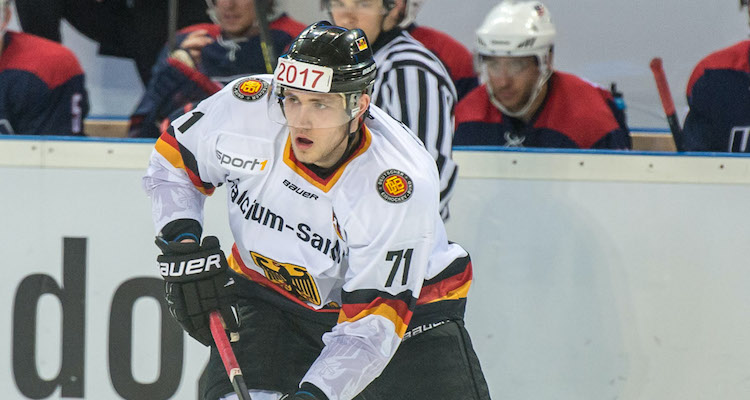 How rich is Leon Draisaitl?

Leon Draisaitl was born on October 27, 1995 in Cologne and is one of the most successful ice hockey players in Germany. With his move to the American NHL, the best ice hockey league in the world, Leon Draisaitl moves into the particularly lucrative spheres of this sport. The Edmonton Oilers signed the Cologne-based company in 2014. Since then, the son of the former national player Peter Draisaitl has also been part of the German national team. As one of today’s greatest ice hockey players, his annual salary, including bonuses, is $ 9 million. The cherished Leon Draisaitl’s net worth is 20 million euros.

The career of the Cologne ice hockey star began in the Youth with the Cologne Sharks. With an ex-national player and current coach as his father, little Leon was born with ice hockey. Draisaitl went through various sub-teams of the Kölner Haie. In the U16, the change to the Mannheimer Adlers followed.

Due to his outstanding performance in the German youth teams, he switched to the Prince Albert Raiders at the CHL Import Draft in 2012. Leon Draisaitl already triumphed in his first year and led the Raiders back into the playoffs. In 2013, numerous scouts from the world’s most famous ice hockey league were watching the Cologne boy. The time had come at the 2014 draft – Leon Draisaitl was drawn in third place by the Edmonton Oilers. The striker has played for the Oilers since then. His breakthrough came in the 16/17 season at the latest. Draisaitl scored 29 goals and provided 48 assists – no German has been that good in the NHL to date.

Leon Draisaitl’s salary at the Oilers

The German ice hockey star and national player gets a lucrative income. Due to his excellent playing, the Edmonton Oilers continue to rely on the German exceptional talent. The entry-level contract was extended for a further eight years in 2017. Currently this is Leon Draisaitl’s annual salary with the Edmonton Oilers is $ 9 million. For the entire eight years, the volume will amount to over 68 million US dollars. Despite his high salary, the man from Cologne is considered down-to-earth. Leon Draisaitl concentrates on the sporty and does not attach too much importance to the financial.

The greatest successes and awards of the Cologne resident

The Cologne ice hockey star and today’s NHL player can look back on numerous successes. The draft in 2014 was decisive for the success story. Since then, Leon Draisaitl has been considered the highest drafted German ice hockey player of all time. In 2019, the Cologne native was allowed to take part in the NHL All-Star Game for the first time. In 2020, the Edmonton Oilers center-forward repeated the success. In addition, he was in the Voted NHL Player of the Month for February 2020.

His games since the 2018/2019 season are particularly noticeable. There he scored 50 goals himself and prepared another 55 goals. In the following season, the center forward even advanced to Top scorer in the league – no German has achieved this before in the NHL. The exceptional player was presented with the Art Ross Trophy as the top scorer.

However, his lavish contract also benefits the City of Edmonton. In the eight years of his current contract term the NHL star donates a total of $ 1.2 million to various charities in the Canadian city of Edmonton. The children’s foundations Hockey Helps Kids and WE made the start. Leon Draisaitl emphasizes that he would like to give something back to the city of Edmonton because his time in Canada has shaped him so far.