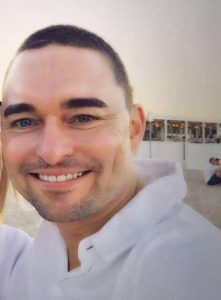 How rich is Lars Windhorst?

Lars Windhorst was once able to make a name for himself as an extremely successful young entrepreneur in his home country. At the tender age of 16, the native of East Westphalia started Windhorst Electronics GmbH and also founded Windhorst AG. In its first business year, the aspiring entrepreneur and his 80 employees generated annual sales of around 50 million US dollars. This corresponds to a proud sum of more than 45 million euros. When he was less than 20 years old, the economic prodigy set up his next company. Today is estimated according to ManagerMagazin Lars Windhorst’s assets: 800 million euros. He is also one of the richest Germans.

With its Windhorst Asia Pacific Holdings Ltd. the entrepreneur moved to Hong Kong quickly. Getting a temporary residence there was a clever move, since the company is on a clear expansion course in China and Southeast Asia was. But the Asian crisis in 1997 and 1998 did not leave Windhorst’s company indifferent either, which is why a reorientation took place. This resulted in the establishment of Windhorst New Technologies AG. Lars Windhorst wanted to continue to aim high and had the goal of an IPO on the flags.

For this reason, he had to convince enough investors of his project. But none of that should be of any use, as the economic crisis in 2001 meant that the planned IPO never came about. Rather, the entrepreneur suffered a much worse fate: Neither he nor his group of companies could avoid bankruptcy in 2003. However, this did not prevent the Germans living in London from devoting themselves to new economic projects. In the meantime, Lars Windhorst is above all known for his work in the Sapinda group.

At the age of eight, little Lars already had his goal clearly in mind: he absolutely wanted to become an entrepreneur. His determination led to Lars already was able to write software by himself at the age of 15. He made money early on his talent for assembling computers. Lars hired his classmates to help him assemble his PC. The finished devices were then for sale in the father’s stationery store. Cheap individual components from China meant that Lars was able to make his first profits back then.

As the young entrepreneur, after all started his own business before he even graduated from high school. The fact that Lars was still a minor only means that his parents had to sign some contracts for him and drive his son to work. However, this did not prevent one of the most successful young entrepreneurs in all of Germany from realizing his dreams. Lars attending the World Economic Forum in Davos shows that the world of business has recognized his talents. There he was one of the youngest participants ever.

Lars Windhorst co-founded the Sapinda investment group in 2004. This investment company operates internationally and provides companies with equity and debt capital. In 2019, Sapina was renamed Tennor Holding BV. In June 2019, Lars Windhorst participated in the football club Hertha BSC through Tennor. Tennor Holding BV initially took over 37.5% of the Hertha BSC GmbH & Co. KGaA and increased the share in November 2019 to 49.9% on. A total of 225 million euros are said to have already flowed into the club. A further 50 million euros are to flow into the club by the end of the 2019/20 season and another 100 million euros in October 2020 to increase the shares in the KGaA to a total of 66.6%.

100% of the KGaA (limited partnership for shares) could even be sold to investors. Since the shares are only increased to 60% in the KGaA, this does not violate the DFL guidelines. This states that the general partner GmbH is fully authorized to manage the company and that the majority must remain in the association’s possession. The total 50.1% of the shares are still held by the Hertha BSC eV association due to the 50 + 1 DFB regulation, which is intended to protect the club’s structures from investor takeovers. The investor thus “only” holds four out of nine seats on the supervisory board. Jürgen Klinsmann, who also took over the coaching position from Hertha on an interim basis, was appointed as a board member.

Despite the intervening blows in the course of his career, Lars Windhor can long ago breathe a sigh of relief. His personal bankruptcy has been closed since the summer of 2007. The Sapinda group (now Tennor) also had to go through one or the other scandal. But this company has long brought the German entrepreneur a fortune in the millions. After all, that also belongs Luxury lingerie brand La Perla (Bought in February 2018 for 70 million euros), the Flensburger Schiffswerft FSG or a mining operator in South Africa to Windhorst’s empire, which in the course of the company’s history has already made investments worth billions around the globe. This also includes shares in the film production company “Wild Bunch” as well as numerous real estate deals. Tennor’s offices are spread across London, Amsterdam and Berlin.

The entrepreneur’s residences are spread across Zurich, London and Monaco. Windhorst owns the 70 meter luxury yacht “Global” with a helicopter landing pad and flies around the world in a private jet.