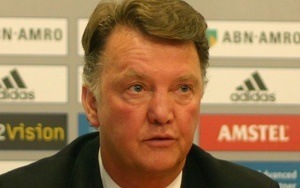 How rich is Louis Van Gaal?

With his former Salary as coach of Manchester United of about 8.8 million euros and one estimated assets of 27 million euros Louis van Gaal, born on August 8, 1951 in Amsterdam, is one of the best-paid football coaches in the world. For his commitment as coach of the Dutch national team alone, he was able to book the equivalent of 2 million euros, which, according to the US financial magazine Forbes, is 57 times what a Dutchman earns on average per year.

If you put his income from the 2014 World Cup in relation to his annual salary at his current club, the World Cup alone earned him 22.7% of his annual salary as a bonus. In addition to the 8.8 million euros at Manchester United, there were also various bonuses for appearances in shows and advertising contracts. The trainer has been without a permanent job since 2016.

Louis van Gaal’s career began as a midfielder at RKSV de Meer, a small regional football club, from which he moved at the age of 16 to the much larger football club Ajax Amsterdam, for which he was in the youth teams and later in the B-team for a total of six years should play at the age of 22. In the 1972/73 season he was listed as an A-team player, but was never used in a game, so he had to remain goalless that season.

As a professional, he was only able to show what he could do with Royal Antwerp FC. With this club he played a total of 41 professional games and scored 7 goals.
After a brief interlude at Telstar in the 1977/78 season, he moved to Sparta Rotterdam, where his most successful period as a footballer began. He played eight seasons for Rotterdam and scored 26 goals in 248 games. In Rotterdam, van Gaal was an important element of the team and at the same time a game designer.

The last club before his coaching career was AZ Alkmaar, for which van Gaal only played seven games in the 1986/87 season and at the same time announced the end of his football career. But already in the same season he was appointed assistant coach of the team, which he would stay for another season before he switched back to his first professional club, Ajax Amsterdam, but this time as a coach.

Van Gaal was head coach at Ajax Amsterdam and celebrated some great successes with the club. So the club, which won the Dutch championship three times in the years, was able to go beyond that twice the UEFA Cup win (1992 and 1995). In addition, after winning the UEFA Cup, he and his club were able to bring home the Toyota Cup in 1995, in which the winner of the UEFA Cup played against the winner of the Copa Libertadores.

In 1997 Louis van Gaal moved to FC Barcelona, ​​whose team he coached until 2003 with a two-year break to coach the Dutch national team. At FC Barcelona he was able to celebrate great successes on the one hand, so he was twice Spanish champion and won the UEFA Cup in his first season, at the same time he was criticized by fans for his affinity for Dutch players.

In 2009, at the request of Uli Hoeneß, van Gaal moved to the German record club after briefly training with AZ Alkmaar and also winning the championship with this club FC Bayern Munich, where he earned around 5.2 million euros per year. For the club, the high salary should pay off after initial difficulties and reforms of the A-team, as van Gaal not only won the German championship with Bayern, but also won the DFB Cup. But since he could not convince, especially in the 2010/2011 season, his contract with Bayern was terminated prematurely.

In preparations for the 2014 World Cup, van Gaal was again used as a coach for the national team. With players like Arjen Robben, Wesley Sneijder, Robin van Persie, Nigel de Jong and Dirk Kuijt, he took third place at the 2014 World Cup in Brazil.

In 2014 he joined Manchester United and was able to increase his annual income as a coach by 57% compared to his time at Bayern Munich, where Pep Guardiola was still in power as coach at the time. At his side, player legend Ryan Giggs worked as an assistant coach at ManU. The Emperor Franz Beckenbauer ennobled Louis van Gaal as one of the best coaches in the world and as the right candidate to succeed former coach Sir Alex Ferguson. David Moyes was unable to cope with this heavy burden in the 13/14 season and was released early. But the tulip general also got it after a lack of success and he had to vacate his place for Jose Mourinho in the summer of 2016.

Louis van Gaal owns a penthouse in Amsterdam with a fantastic view of the sea, which he is now for 3,000 euros rent per month if he is a coach in another country.

On the occasion of his new job in Manchester, van Gaal acquired a House near the city of Cheshire. Nothing is known about the exact purchase price. According to his own estimates, he should between one and two million move.

Van Gaal also owns one in the Portuguese Algarve, in the municipality of Vale de Lobo Vacation villa, the purchase price of which, however, is also not publicly known. If one takes into account the average real estate prices in the region that wealthy buyers have to pay for luxury real estate, the purchase price is also likely to be lower single-digit millions have moved.