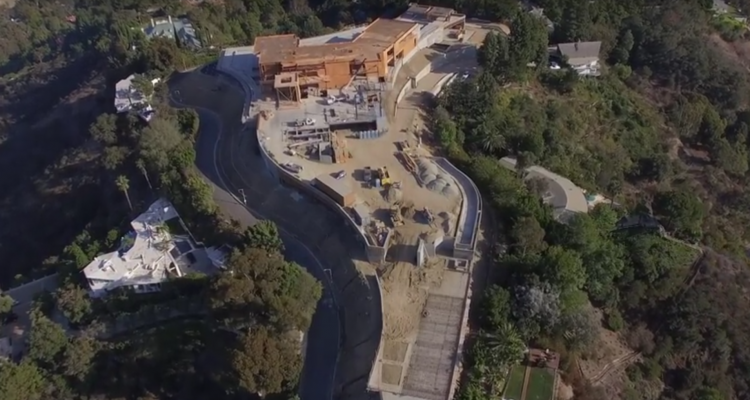 In Los Angeles (USA) a mega property is currently being built on a hill in Bel Air, which the world has never seen before. Now the first spectacular aerial photos of the allegedly 500 million dollar (468.4 million euros) construction site can be seen. The property extends on a specially created plateau, which covers over 9300 m² and dominates the exclusive Beverly Hills. By the way, neighbors of the house will be Elon Musk and Jennifer Aniston. Whoever brings the necessary change can do it Most expensive villa in the world to buy in mid-2017 for around $ 500 million.

Some of the amenities that the mega property offers:

It would be with that the most expensive sale of a private residence over the top. The record so far is a penhouse apartment in London, which was sold to a billionaire in 2011 for $ 221 million. Nile Niami is the initiator of the project and wants to double the current record sales. It remains to be seen whether he will really succeed in this project.

Incidentally, the lucky real estate agent who sells the property with a usual commission of 2% should earn a full 10 million dollars.