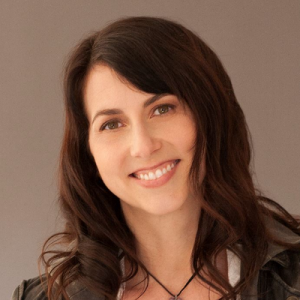 How rich is MacKenzie Scott?

Her marriage to ex-husband Jeff Bezos made the writer MacKenzie Bezos the fourth richest woman in the world. But the American doesn’t just want to keep her fortune to herself. Rather, she has promised the world public that at least half of the wealth that her marriage to Jeff Bezos, the world-famous Amazon founder, will bring to charity. There should be more than enough money left for the couple’s four children (3 sons and an adopted daughter from China). The cherished MacKenzie Bezos’ assets are 50.4 billion euros.

The divorce from Jeff Bezos

What sounds like an insane sum Incidentally, is only a quarter of the fortune of ex-husband Jeff Bezos. The extremely rich entrepreneur was allowed to keep three quarters of his Amazon campaign to himself as part of the divorce. Even if some of his shares have passed to his ex-wife, Jeff has also retained the associated voting rights. Just how rich Jeff Bezos really is is also shown by this fact: Although he had to give his ex proud sums and millions of Amazon shares, the father of four is still the richest man in the world. First someone has to imitate him.

MacKenzie Bezos was far from looking for a quick buck with her marriage to Jeff. The couple was finally married for more than a quarter of a century before their final divorce after a long period of separated lives. In the meantime, this new phase in the life of the ex-married couple Bezos has also been sealed by a judge in the US state of Washington. When Bezos founded Amazon, his ex-wife was already at his side. Finally, the company was founded a year after the marriage. Back then, nobody could have guessed how rich Amazon would make Jeff Bezos one day.

The billionaire has been happily married again since 2021. The man’s name is Dan Jewett and he is a teacher.

Who is MacKenzie Scott?

Who is the American who is now one of the richest people in the world and who can freely dispose of this insane fortune? First of all, it should be noted at this point that MacKenzie Bezos, whose maiden name is Tuttle, wants to donate their assets with great caution. Just because billions are available for a good cause doesn’t mean that Bezo’s ex-wife won’t take a close look at who actually earned those funds.

Incidentally, the mother of four has not only been involved in a good cause since yesterday. She founded her organization Bystander Revolution back in 2014. This organization, whose managing director is MacKenzie Bezos, campaigns against bullying. That Ms. Bezos is a clever mind is also proven by her university degree from the elite Princeton University on the east coast of the USA. There she was awarded her bachelor’s degree in English in 1992.

Before becoming a billionaire’s wife, MacKenzie Bezos worked in both finance and as a writer. In addition, the The author actively supported her husband at the time in setting up his company, Amazon. So it’s only fair that she got some of the cake. The current ex-couple announced on Twitter in January 2019 that there would be a divorce. The divorce had already taken place less than three months later. MacKenzie Bezos then joined Bill Gates’ Giving Pledge. The world public can therefore be curious to see how and for what purposes the American will donate her billions in the future.