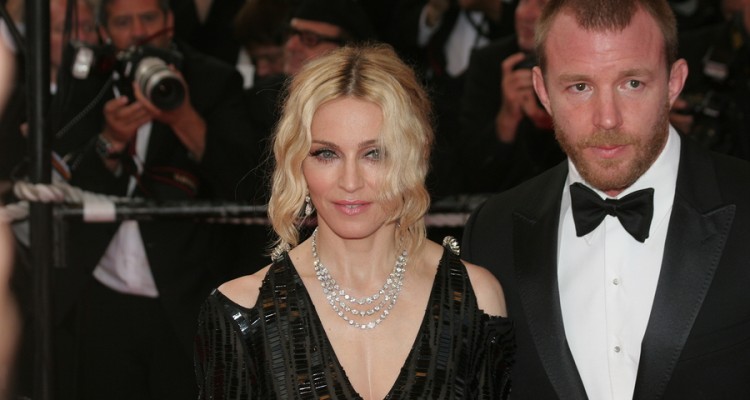 The custody battle between Madonna and Guy Ritchie, which involves their son Rocco, takes on increasingly bizarre proportions. Recently Madonna is said to have even appeared drunk as a sad clown on her tour in Australia and the Concern for son Rocco even discussed them publicly on stage. The fact that ex-partners like to get into each other’s hair from time to time and that celebrities often carry out these arguments in public is really nothing new. But when both parents are in the spotlight and the mother is also one of the most famous women in the world, things get really hairy. Guy Ritchie should not only withhold her son from Madonna, but also wants more money from the singer. Guy wants Madonna to pay for his legal fees, among other things.

But why should Madonna pay the bill that her ex is now trying to take her son away? Madonna is upset for a reason and does not hold back with her anger. So you can only shake your head with so much bottomless cheek. As a successful director, Guy Ritchie himself is worth a good 134 million euros. So he has the money to pay his lawyers on Madonna’s custody battle. So why should the Queen of Pop pay for it?

When Madonna and Guy got divorced, Madonna already had her ex one Property in Wiltshire, England worth a good 62.5 million euros. But that doesn’t seem to be enough for Guy. Madonna should hurt a lot more that her 15-year-old son Rocco has been living with Guy Ritchie and his new wife in London since December. He had actually only been to England for a visit and was then supposed to return to the USA to accompany his mother Madonna on her world tour. This never happened, however, as Rocco strictly refused and has not yet returned to Madonna.

In the meantime, Madonna’s stress has apparently become too much. Because she had to admit that she lost the battle for custody. Now she has asked for a private hearing at the family court so as not to cause further damage to her family through a public mud fight. At least through this hearing, Madonna would like to get involved in Rocco’s upbringing and work out a few basic rules together with her ex. However, it is unclear whether this will take place peacefully. Because probably Guy Ritchie is only looking for Madonna’s fortune, which is estimated at over 700 million euros.