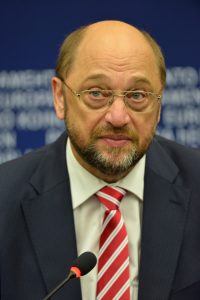 How much money does Martin Schulz have?

Martin Schulz is one of the top German politicians who have made a fortune in the seven-figure range over the course of their career. The SPD man is said to be difficult for more than a million euros. Although Schulz suffered a bitter defeat as the SPD’s candidate for chancellor in 2017, that did not mean the end of his political career. Rather, Schulz managed to get a seat in the German Bundestag via the SPD’s state list. The cherished Martin Schulz’s fortune is 1.3 million euros.

Although the father of two has had to deal with a few controversies in the course of his career, he has also received numerous high-level awards. To his most important honors include the following:

Martin Schulz was also able to make a name for himself as an author both in the Frankfurter Allgemeine Zeitung and with two works for Rowohlt Berlin Verlag. He has also received honorary doctorates from a number of universities in Germany, Turkey and Israel. Also as EU Parliament President Schulz has spent part of his career, whereby he received a reprimand when leaving this office. In April 2017, Schulz was confronted with the charge of favoring close employees. However, there was never an official investigation.

Insights into the political career

The fact that Martin Schulz left the Heilig-Geist-Gymnasium with the secondary school leaving certificate and was then unemployed for a year should surprise many readers in view of his later political career. His former headmaster was able to place him, however, whereupon Schulz did a commercial apprenticeship as a bookseller from 1975 to 1977. Following his professional training, Schulz earned his money as an employee at various bookshops and publishers in the Aachen area. Then followed in 1982 Foundation of his own bookstore together with sister Doris. The future politician worked there until 1994.

The 1970s were a tough time for today’s millionaire. He was addicted to alcohol before he made the jump in 1980. Schulz has not drunk a drop of alcohol since then. In his private life he found happiness with his wife Inge, who works as a landscape architect. The couple have two children. If the media reports are correct, Schulz should not only speak German, English and French fluently. His language skills in Italian, Spanish and Dutch are also so well off. Although his mother was once active in the CDU, his son Martin joined the SPD at the age of 19. In 1984 he made the leap to the city council of Würselen and in 1987 he was elected mayor.

Even though it was an honorary position, Martin Schulz was the youngest mayor of all of North Rhine-Westphalia at the age of just 31. From 1994 to 2017 his Career as a European politician, the life of Martin Schulz. As an EU politician, he earned € 99,000 gross annually. There were also some allowances: an additional 51,500 euros flat rate allowance, 44,000 euros residence allowance, 17,000 euros representation allowance and 111,000 meeting allowance. This salary rivals Angela Merkel’s Federal Chancellor salary. Schulz made his move to the federal politician public at the end of 2016. So far, however, this phase of his career has not been as successful as the politician might have hoped. While the father of two had meanwhile held the chairmanship of the SPD, he resigned from this position at the beginning of 2018. So it will be interesting to see what role Schulz will play in the German political landscape in the future.