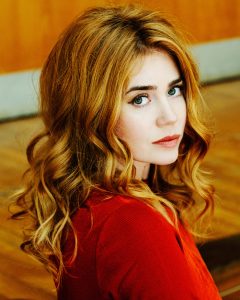 How much money does Palina Rojinski have?

The German-Russian presenter Palina Rojinski is best known for her sense of humor. Her collaboration with the moderator duo Joko and Klaas made her a star in Germany. While she was seen at the beginning of her career on VIVA and then on MTV Home, the beautiful German-Russian only caught the eye of some members of the German TV audience as a presenter on ZDFneo and as a TV personality on ProSieben. She moved to the well-known German broadcaster together with Joko and Klaas and was also seen with them at Circus HalliGalli. The cherished Palina Rojinski’s net worth is EUR 1.5 million.

Many performances by Palina Rojinski

As part of the Football World Cup 2018 she was able to reflect on her Russian roots on TV and was able to bring German viewers closer to her native homeland and the country where the World Cup was to be held. She has proven time and time again that Palina Rojinski is a star in the German moderation sky. In September 2016 she was allowed to co-host a Saturday evening show for the first time. At her side was none other than Elton.

As a model and as a DJ, Palina Rojinski has already proven that she is versatile. She has even appeared several times as an actress. “Men’s hearts“And” Jesus Loves Me “are among the films in which Palina is probably most remembered by the cinema audience. In 2016 she was also able to enrich German film with “Willkommen bei den Hartmanns”. In 2019 she was in Get Lucky – Sex changes everything to see and 2020 in Nightlife such as Grandchildren for beginners. She can be seen alongside German film greats such as Elyas M’Barek or Matthias Schweighöfer. So it will be interesting to see how Palina Rojinski will make Germans laugh in the future.

Since Palina has over 1.8 million followers on Instagram, she is also a sought-after face for advertising contracts. Among other things, she has been under contract with Pantene Pro-V since March 2016 and can also be seen in current TV spots. She also advertises hair care products on social media. She will certainly be rewarded princely, although no figures are known.

The career of a Russian-German beauty

When she was less than six years old, Palina’s family moved with her from Leningrad to the German capital, Berlin. Shortly after the fall of the Berlin Wall, the life of the little Palina changed significantly. Her love for rhythmic gymnastics also accompanied her in her new home. In Berlin, she remained loyal to this sport, which she had already practiced from the age of four. Today’s presenter even has her undisputed talent two-time German junior champion did.

The many training sessions of around six hours a day (including ballet) and knee problems eventually became so exhausting for Palina Rojinski that she got her had to give up his sporting career at the age of 14. Different dance styles accompanied her from then on. After all, there was still an athlete’s heart slumbering in her and simply not exercising at all would not have been an option. After graduating from high school, Rojinski studied three semesters at the Humboldt University in Berlin. However, she never received a degree in history and literature.

Her television career began in 2006 with “Lenßen & Partner”. The fact that she played an ex-prostitute from Russia there didn’t harm her career. Her big breakthrough with MTV came in 2009. That Rojinski not only looks attractive, but also brings a lot of humor, could also prove it sufficiently. For her role in “Willkommen bei den Hartmanns” there was the German Comedy Award in 2017 for the Berliner by choice. She also won the German and Bavarian TV awards in 2013/2014 for “Got to Dance”. It can therefore be assumed that her fans will see a lot of Palina Rojinski on the home TV screen and the big screen in the future.