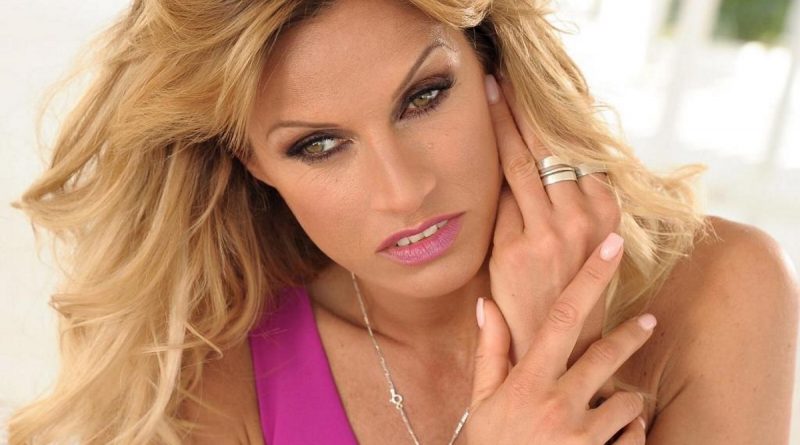 Twenty-three years have passed since, not yet twenty, Annalisa Minetti participated in Miss Italy, where – in addition to exhibiting her beauty – she immediately demonstrated that she has a natural talent for music. A few months later, he took part in the forty-eighth edition of Sanremo Festival: it was 1998 and, with Without you or with you, Annalisa won both the Youth and Champions categories. Then two more festivals, the career as Paralympic athlete, two sons, Fabio and Elena, and now the project Invisible Enemy, a music initiative in support of the fight against Coronavirus, which adheres to a fundraiser intended for Auser (Association for Active Aging) and which will remain active for the entire duration of the pandemic emergency.

The words of Annalisa Minetti

Annalisa, let’s start with the musical project Invisible Enemy, with Mario Biondi and Marcello Sutera. How did the idea for this work come about?

This project was born from the idea of ​​wanting to intervene in a moment of great emergency, but above all to let the music intervene. I needed to create a team that had great moral and ethical credibility, not just artistic. So, when I thought about the people who would be part of this group, I turned to some friends, including Marcello Sutera and Mario Biondi. When I called Mario, he was immediately available not only to sing the song, but to be part of the organization, he helped me in all respects, in the artistic production and in the choice of the names of the other members of the team. So the presence of Dodi Battaglia, Gaetano Curreri, Petra Magoni, Jean-Paul Maunick (Incognito) and Andrea Callà, who with his rap allowed us to reach a younger audience, was possible thanks to his collaboration. However, not only the artists were exhibited free of charge, but also the professionals, so from the music production to the press offices, up to the digital managers. All have worked for free, think that there are twenty-five vocalists, with extraordinary voices, who usually work alongside great Italian song artists. I am really happy, music allows us to overcome this moment of isolation and is the means by which we talk about hope, the hope of being reborn, of being resurrected, of not being overwhelmed, but of taking advantage of the opportunity that comes from pain.

Moreover, it is also a way to demonstrate that music and art are not accessory elements in a moment of emergency like the one we are experiencing.

Music is a soundtrack, at times it acts as a background, at times as a support, at times it is incisive, it depends on the role you choose to give it. Yes, that’s right, sometimes it can be just something accessory, but with its strength it can play different roles. In this case, for us it is a means of communication.

Our time, first song extracted from the project Invisible Enemy, it will not be the only chapter of this work, but there will be others. What can you anticipate?

The next song is a piece that has a more summery musical feature, it has a reggae sound. We will have other guests, this time it will be some very well-known names in international music. And it will be in English.

The moment we live in is certainly special, facing such a sudden change in our daily habits was not easy. How was your first approach to this quarantine period?

I am an athlete and, just before the start of the emergency, I was training to qualify for the Tokyo Paralympics, I was working, I had challenged the clock, I knew I could do it. So, the first approach was to become aware of what was happening: I knew that stopping for a few months would have meant nullifying all the work done and having to start over. As a result, I said to myself: “You are forty-three years old, it is not so obvious that you will be able to get back on your legs and recover your strength for the year to come.” But there was and there is an ongoing emergency, so the first thought went to family, my children and my husband, and staying at home is the only way we have to protect ourselves and others. So we decided to lower our heads and accept this condition. Then, for the rest, staying indoors did not represent a significant change for me. I love being within my walls, they reassure me and, regardless of the emergency we are experiencing, I have always given priority to family. So, if my career choices risk compromising my presence at home, I very often choose to give up.

Often, we dwell on what we could have done had it not been for the Coronavirus. But I ask you the opposite: is there something that you have managed to do in this period, that maybe you have been postponing for some time?

I was postponing the exams at the university! I’ve had time to get back on my books during this time, so I took two exams and will give two more next month. By doing so, I believe that in March I will finally be able to graduate. Just think that last year, in a year, I only took one exam (bursts out laughing, ed)! Not being a need for work, but my personal satisfaction, I didn’t give priority to studying, so between training, music and children, I ended up putting books aside.

What are you studying?

science motor skills, I need it to have more awareness as an athlete, but in reality my will is to take a master’s degree in Sports Psychology and specialize in the psychological and cognitive aspect of motor activity.

You, for many, are an example of tenacity and strength. Do you feel the responsibility of being a point of reference for so many people?

Yes. I always say this, however presumptuous it may seem, but I prefer to be guilty of presumption than hypocrisy. I feel all this responsibility and, above all, I take it all. I have the will to give a voice to all the people who usually do not have a voice, I want to represent what is called “special population”. And I want to teach people that you don’t have to worry about being able-bodied, if that means being normal. If you are special in a skill, there is no point in pursuing an imposed normality.

As if there was only one normality, moreover.

Exactly (smiles, ed). The other day I was watching a film about John Paul II, who I believe was a mentor, beyond the religious beliefs of each of us. I speak of him as a person, as a figure. Like, after all, Jesus was, regardless of what we believe: he was the first great political leader, he did politics in the most just and concrete way. Well, what I liked about this film is that Young Paul II said «God writes straight even on the crooked lines of men»: it is an imperfect, but powerful image. It means that there are differences and they must know how to live together, this is the true concept of normality. Straight writing or crooked lines is not normal, but the coexistence of the two.

Allow me to open a parenthesis. We are still talking about normality, or what is thought to be the only normality to be respected. Some time ago, you were the victim of very severe criticism: the accusation was that you were a selfish person for having chosen to become a mother.

I laughed. Now I’ll tell you something I’ve never said before: the first time I became a mother, when I was already pregnant with Fabio but I didn’t know I was yet, I was trying to adopt a child. I was told that, being blind, I was not a suitable mother for adoption. So, think: while I was making this request and grieving for the answers I received, at that very moment I was pregnant, nature was taking its course, beyond the judgments, opinions and ideas of others. I knew well that I could have a child naturally, however – feeling a great instinct towards motherhood – I thought I would like to give a less fortunate child a chance. While they told me it wasn’t possible, nature had already done everything. And I made two, of children! (smiles, ed) They are one more beautiful than the other, but above all one more serene than the other! They are balanced, calm and doing well. I don’t have eighteen housekeepers or helpers of who knows what kind: I manage by myself, I cook, I clean, I keep the children, I follow them in what they do. Sure, I can’t drive them to school, there’s a girl who gives me a hand, but she’s someone who goes where I can’t. The meaning is this: disability is not and must not be a veto to motherhood. There is a Spanish saying that says “The child is mute but the mother understands it”: the mother can see and hear her child beyond sight and hearing, there is a transparent but indissoluble thread that binds to her baby. A mother moves a car if the child is underneath. So, let me tell you, I find it trivial and foolish to criticize a woman who chooses to be a mother only because she has a disability.

And it is abhorrent to think that a person feels entitled to judge another for such a personal choice.

I think everyone should do what they feel like doing. The chatter of those who only know how to point the finger, in all frankness, find the time they find.

Let’s look to the future: what is the first thing you will do when the Coronavirus emergency is over?

Can I be corny? (bursts out laughing, ed) I’ll go to the hairdresser, I have white hair! I want to be pampered a little: hair, manicure, pedicure! (laughs, ed)

We conclude like this: our magazine is called Digital Global Times and, for us, the term POP represents something beautiful, exciting, captivating. What is POP for you at this moment in your life?

Pop, for me, is all that is current and modern. Indeed, everything that evolves. I am a woman who loves change and respects it.

And your history proves it, you’ve come a long way.

Yes, I firmly believe one thing: those who love change love the future. I don’t like to wallow in a problem, I prefer to look at what allows me to grow and improve myself. But, if I can’t help but look at it, then I try to change my attitude towards the problem, to question myself, to evolve.