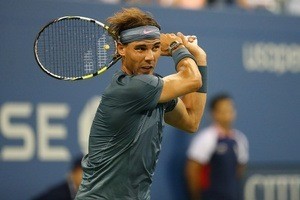 How rich is Rafael Nadal?

Rafael Nadal, born on June 3, 1986 in the Spanish city of Manacor on Mallorca, is currently one of the 100 richest celebrities in the world according to Forbes Magazine. The estimated assets of the equivalent of 130 million euros As with all professional athletes, he not only consists of his tournament prize money in tennis, but of course also of his numerous sponsorship contracts, which he maintains with KIA Motors, Nike, Poker Stars and many others, among others.

The higher one rises in the world rankings as a tennis player, the more his sponsors are inclined to pay him, so his advertising revenue will be a significant role for him Total assets play. With career prize money of 124.96 million US dollars, the Spaniard is currently in 3rd place on the all-time list.

The career of Rafa Nadal

Nadal gained his first tennis experience at a very early age, as his uncle was of the opinion that he had a natural talent for this sport. Therefore he took him – himself a former professional tennis player (Toni Nadal) – to his first tennis games. The young Rafael Nadal was immediately enthusiastic about this sport and began to play tennis himself in the following years. At the age of eight, he was to prove that his uncle was not wrong about him, when he won a tennis championship for U-12 players and demonstrated his talent. Nevertheless, his further career, which would ultimately make him a professional tennis player, was not yet mapped out, as he was also an excellent football player at the same time. It was not until he was twelve that he made a clear decision to play tennis and gave up football completely.

His uncle had also noticed that young Rafael was one of the few tennis players who could play with both hands, so he trained him on the left hand so that he had an advantage during most matches. Nadal still plays with his left hand and writes with his right hand. Success shouldn’t be long in coming. In April 2002 he won his first ATP match against Ramón Delgado. Of course, at that time he was still far from the top 100 in the world rankings, on the other hand he was only 15 years old at the time. Two years later he should already have to prove himself against tougher opponents, which he only partially managed. Nevertheless, he was able to beat Roger Federer in 2004 – as one of only six tennis players in total.

Despite the mixed results, however, it was noticeable that he gradually improved and grew with his tasks. In the following year, at the age of 18, he became the youngest player to record an individual victory in the Davis Cup. That year he also reached 51st place in the world rankings. The first major Grand Slam titles and gold at the Olympic Games in Beijing were to follow in the following years.

Number one in the world rankings

He already played his way through these achievements in 2008 on the first place in the world rankingswhich brought him very lucrative advertising income. Just by his According to Forbes, he earned about 30 million US dollars a year on numerous advertising contracts, through its numerous games (including the winners’ prizes) $ 14.5 million a year. Nadal will continue to compete against his biggest rival, Novak Djokovic, whose coach was even the German Boris Becker. Since Roger Federer is already one of the older hands, it is assumed that he will soon be announcing the end of his career.

The property and assets of Rafael Nadal

Rafael Nadal acquired one in 2013 Luxury villa in the Mallorcan Porto Cristo for 4 million euros. The property extends over 7,000 square meters and is not far from his birthplace, Manacor. In addition to this villa, he has another villa in the same place. He also owns a luxury estate in the Dominican Republic. Nothing is known about their purchase price. However, it belongs to a larger resort and is conveniently located just half an hour from Santo Domingos Airport.
When it comes to cars, he also shows no reluctance. He enjoys an exclusive Aston Martin DBS and a Mercedes-Benz SL550. The cars alone can do it Collectively, list price of about $ 400,000.