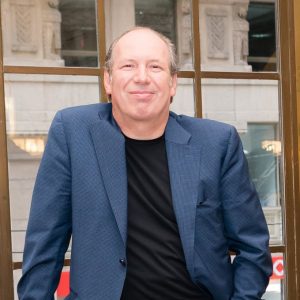 How rich is Hans Zimmer?

With his considerable fortune, Hans Zimmer is one of the few Germans who also made it to the top in Hollywood. This man is a living legend. Not only that he was awarded the Federal Cross of Merit 1st Class in 2018 and has sold more than 19 million soundtrack albums around the world. Rather, he was allowed to take home an Oscar for the score for “The Lion King”. The cherished Hans Zimmer’s fortune is 185 million euros. He also already has a star on the Hollywood Walk of Fame and the following nominations are equally attributable to the wealthy German: 11 nominations for the Academy Award (Oscar), 14 nominations for the Golden Globe Award and 10 Grammy Award nominations.

Music has been in Hans Zimmer’s blood since he was a child. He learned to play the piano as a young boy. However, his teacher did not last long with him, so Hans Zimmer taught himself a lot. Today’s world star, for example, never completed musical training at an academic institution. However, he made his living with music long before his Hollywood career.

Was in the late 1970s Hans Zimmer is active as a composer for commercial music jingles in England. During this time, the German was able to make the acquaintance of Stanley Myers, a well-known film composer from England, who made him his assistant in 1980. It was this collaboration that gave him access to his first commissions for the composition of film music. The foundation stone for a later world career was thus laid.

The rise of Hans Zimmer

It was the combination of synthesizer and orchestral sounds that made a decisive contribution to Hans Zimmer’s breakthrough. With his music for “Black Rain” and “Backdraft – Men Who Go Through Fire” he was able to make bigger waves for the first time. He even created a completely new style when it came to scoring action films. “Backdraft” is now regarded as an unforgettable “milestone in film music history”. In the mid-1980s, the composer then had the courage to set up his own film music studio called “Media Ventures” together with a partner. The German now runs a kind of talent factory, from which, among others, these film music greats have emerged: Steve Jablonsky, James Dooley, Heitor Pereira, Geoff Zanelli, Klaus Badelt, John Powell, Nick Glennie-Smith, Mark Mancina and Harry Gregson-Williams.

In the meantime, so many people around the world appreciate Hans Zimmer’s music that he even does already going on tour and conquer some of the most famous arenas in Europe, including Wembley Arena in London. In April 2016, Hans Zimmer gave an unforgettable concert in the König-Pilsener-Arena in the German city of Oberhausen, where he played “Purple Rain” to honor the artist Prince after his death. In 2017, Hans Zimmer was able to make the USA, South Korea, New Zealand and Australia unsafe for the first time on another live tour.

The German now lives in Los Angeles on the west coast of the USA and has History made as one of the most influential and successful film composers in all of Hollywood. The American by choice has even been able to put his musical stamp on video games such as “FIFA 19” or “Call of Duty: Modern Warfare 2”. The list of films in which the multimillionaire has been involved musically knows no bounds. There, for example, productions such as “Gladiator”, “Mission: Impossible II”, “The Amazon Spider-Man 2: Rise of Electro” and “Pirates of the Caribbean” can be found alongside many other Hollywood blockbusters. Another excerpt from films for which Hans Zimmer composed the music: