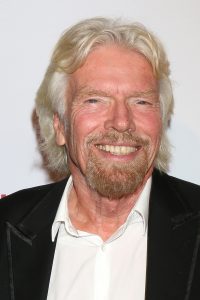 How rich is Richard Branson?

Richard Branson is not as rich as many think. After all, the wealth of Amazon founder Jeff Bezos amounts to many times that of Branson, who has built a true empire with his Virgin group. But of course that’s a high-level comparison, because Branson is a billionaire after all. Above all, however, he is an entrepreneur who attracts attention and likes to present himself in the media. That’s because the native Englishman is keen to keep pushing the boundaries of what is possible. He has even been knighted by the Queen of England, Queen Elizabeth II, and can now call himself Sir. The cherished Richard Branson’s net worth amounts to 3.43 billion euros.

The entrepreneur and philanthropist has also taken up space tourism. On July 11, 2021, he will fly into space with five other people in a rocket plane from his company Virgin Galactic and will undergo a self-test shortly before his 71st birthday.

With Richard Branson you never know where the next trip might be. Very few people could have dreamed that a dyslexic who once brought home nothing but bad grades would become such a successful entrepreneur. But his headmaster already seems to have had a first idea. That Richard Branson simply ticked differently than the broad masses was evident early on.

According to the multi-billionaire himself, his school director is said to have given him the following wisdom on his very last day of school: He was of the opinion that Richard Branson would either become a millionaire one day or end up in jail. The Englishman knew how to steer his fate in the right direction and later founded an empire under the Virgin brand, which would bring him an incredible fortune and challenge many other established companies with outstanding services.

Indeed, Richard Branson had to spend a night in jail early in his career. In 1971 he came up with the idea of ​​exporting records to Belgium by pure chance. By importing the records straight back into the country, the regular taxes could be avoided. But today’s billionaire didn’t get away with that for long. He not only flourished one night in jail, but he also had to pay a heavy fine, so that nothing was left of the supposed tax savings. Today, however, Richard Branson is one of the richest people in the world.

In 1970, Sir Richard Branson founded Virgin as a record distributor and later even opened its own record stores. Two years later, Virgin Records opened a recording studio that laid the foundation for its current success. That Branson Mike Oldfield signed, was a real stroke of luck. His record sold more than 5 million copies the following year, so Branson had the funds to build his current empire.

By 2002 the annual turnover of the Virgin Group, which the billionaire had started, had grown to around 4 billion British pounds. The entrepreneur not only works towards his financial success, but also gets involved in charities. Today the group has a turnover of almost 20 billion euros with over 71,000 employees worldwide. A small selection of companies that are currently included:

The Virgin Healthcare Foundation, for example, campaigns for AIDS prophylaxis. In addition, the father of two has the Climate protection written on the flags. Limiting the sponsorship and advertising of tobacco companies, especially in professional sport, is equally important to the entrepreneur. These achievements were also recognized by the Queen of England, Queen Elizabeth II, and Branson was therefore named a Knight Bachelor in December 1999. His investment in renewable energies also proves Richard Branson’s commitment to the good of the planet and its people.