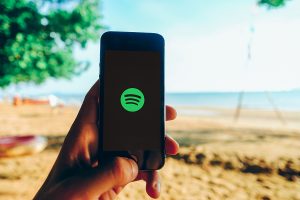 How much do you earn with Spotify?

Spotify is arguably the most popular music streaming service right now. The platform is a practical way for users to listen to music online. Artists, for their part, can make money with Spotify. How much that is depends on the retrieval of their songs. In general, the following applies: The more popular an artist is, the more money they get from Spotify.

The earnings at Spotify

Musicians can make money in different ways: through concerts, merchandising and of course their music. Streaming has long outstripped physical media such as CDs and downloads. And whoever thinks of music streaming, the first thing that comes to mind is Spotify. The company was founded in 2006 by the Swedes Daniel Ek and Martin Lorentzon. She started streaming in October 2008 after agreeing on a compensation model with major record labels. In March 2009 they had one million users, in May 2014 it was ten million, in June 2016 it was 100 million users. In the year In 2021, the streaming service will have 345 million active users counting. The service is now available in 93 countries.

The streaming service itself keeps itself covered with information about how much the artist’s remuneration is. However, some musicians have freely revealed how much money they receive through the platform. The American cellist Zoë Keating even posted a precise tabular listing of her 2017 earnings on the Internet. Accordingly, she earned around € 8,300 with around 2.6 million streams on Spotify. That means you Spotify earnings 0.0032 euros per stream fraud. However, it is unclear how much money the two labels that sold the musician’s works received.

In addition, that falls Spotify money per stream varies in different countries. It depends, among other things, on the number of subscribers and the total amount of streams in the respective country. If there are many users in a country, the money per click is higher than in a national market in which the platform itself only generates relatively little income.

The income of the rappers per stream

In Germany, it is mainly those who go Rappers are quite open about the issue of Spotify’s merit. Farid Bang recently gave information about how much money he is collecting from the streaming platform. He revealed that he needed 2.6 million streams to get to 10,000 euros. This is roughly the number of streams that he can show per month. Farid Bang receives around EUR 0.0038 per stream, and around EUR 3,800 for one million streams. The rappers Kollegah and RAF Camora have spoken of similar values ​​in the past.

Drake made the most money on Spotify

However, compared to the most successful musician on Spotify, this is just small change. In January 2021, Drake became the first artist to break the sound barrier of 50 billion Spotify streams. Assuming a value of 0.0035 euros per stream, then comes Drake on a Spotify gross earnings of 175 million euros. Of course, taxes have to be deducted from this as well as fees to the record labels.

Other providers in music streaming

It should be noted that there are other streaming providers. The best known are Deezer, Apple Music, YouTube Music, and Tidal. The payments made to the artists differ considerably from those made by Spotify. So pay about Tidal and Apple Music reportedly double what Spotify pays, while YouTube Music only gives half of Spotify earnings to the artists.