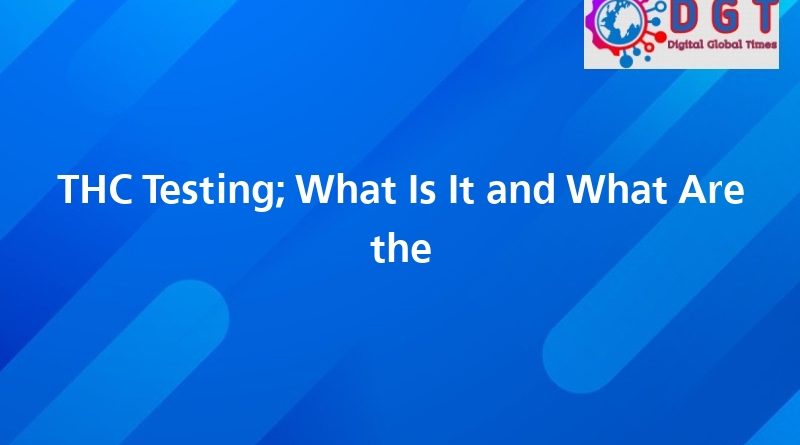 In the past 10 years, recreational marijuana has been legalized in 19 states, Washington D.C., and Guam. Proponents argue that marijuana is less harmful and addictive than alcohol, and has a range of medical benefits. There remains a consensus, however, that misuse of marijuana is dangerous and can be habit forming. Certain states have developed new social and legal infrastructures to regulate marijuana use and minimize any harmful impacts. Still, the most successful help comes in the form of cannabis inpatient rehabilitation.

One area of legal regulation covers driving under the influence of marijuana. As a psychoactive drug, marijuana can inhibit certain mental and physical functions, increasing the chances of a road accident. States have been enforcing certain intoxication limits and roadside testing systems to discourage and prevent people from driving while under the influence.

Unfortunately, testing for marijuana isn’t as simple as testing for alcohol. When someone drinks alcohol, their blood alcohol concentration level (BAC) closely correlates with their level of impairment. If someone’s BAC is above 0.08% (the legal limit), they are likely unable to drive safely.

With THC (the psychoactive ingredient in marijuana), the level of impairment and intoxication at any blood concentration level depends on a range of factors. There isn’t a one-to-one relationship between the two measurements: instead, your blood concentration level is affected by how you ingest marijuana, whether you’re a regular user, and whether you’ve taken other drugs or alcohol.

Tetrahydrocannabinol (THC) is the main psychoactive chemical in marijuana – one of at least 113 cannabinoids that have been identified in the plant. THC mimics the cannabinoid chemicals that occur naturally in the body, binding to cannabinoid receptors and activating them. These receptors affect a variety of brain functions, including memory, pleasure, movements, coordination, concentration, and perception.

How Long Does Marijuana Stay in Your System?

Someone who uses marijuana regularly can hold marijuana metabolites in their bloodstream for longer than infrequent users – sometimes up to seven days. This opens the possibility of positive drug tests even when someone has ingested marijuana days before.

Moreover, in some cases, THC can leave your bloodstream three hours after you take marijuana – while impairment may last six to eight. This means that roadside tests may miss a significant proportion of people who are driving dangerously.

How Does Smoking Marijuana Affect Driving?

If you speak to marijuana users, many will insist that smoking a bit of marijuana doesn’t make them worse drivers. In fact, some even think it improves their driving – helping them to focus or ‘zone in’ on the road.

Many scientists disagree. According to the National Institute on Drug Abuse, marijuana may impair judgment, motor coordination, and reaction time. A large European study found that drivers with THC in their blood were about twice as likely to be culpable for a fatal crash, compared to sober drivers.

On the other hand, the fact that THC can linger in the blood for months after last use means it’s hard to determine the influence of marijuana in causing these accidents. Moreover, a 2015 case-controlled study based in Washington D.C. found no significant increased risk of an accident following marijuana use, after controlling for other factors including age, gender, race, and alcohol.

What Tests Do States Currently Use?

Despite their limitations, many states still use blood tests to regulate driving under the influence.

In Washington, the legal limit is 5 nanograms per millimeter of blood. This limit, however, doesn’t work in practice – some users can have a concentration of double that amount despite not having smoked marijuana for 20 hours. Yet, despite a widespread consensus on its inadequacy – amongst police, prosecutors, toxicologists, and social activists – no one has developed a satisfactory alternative.

Some states confront the problem by combining chemical tests with behavioral tests. They may ask drivers to perform a series of physical exercises, such as walking in a straight line, standing on tiptoes, and touching their nose. They may also use additional tests like pulse rate and changes in pupil size to try and determine whether or not a driver is sober.

All these tests, however, have flaws. A high pulse rate may be a symptom of intoxication, but it is also a symptom of nervousness – a reasonably common emotion to experience if you’ve been pulled over by the police. Anxiety, confusion, and stress can affect other mental and physical functions too, including our ability to balance and focus.

Even taken altogether, these tests are not a reliable test of being ‘under the influence’ – especially when the consequence of a positive test is a criminal record. But what other options might be available?

The Search for Better Tests

One promising alternative to blood and behavioral tests is saliva tests. These tests analyze saliva, aiming to detect marijuana and its metabolites.

Oral saliva tests may be able to accurately and reliably assess whether someone has used cannabis in the past 24 hours – regardless of whether they are a regular user or not. Research has found that THC concentrations in saliva take a similar time course for frequent and infrequent users, and there is no significant difference in last detection time up to 30 hours. When studying instances of 13.5 hours after smoking, all specimens were THC positive with median concentrations of 2.8μg/L for frequent smokers and 1.8μg/L for occasional smokers.

While 24 states have authorized the use of oral tests for regulating driving under the influence (DUI), most do not in practice carry out roadside tests. Only Alabama and Indiana have permanent roadside oral fluid testing programs, and Michigan permits the collection of saliva for its pilot program only. Michigan has released a report supporting the effectiveness of oral testing as part of the DUI assessment process.

Other alternatives include more complex cognitive tests that go beyond the simple ‘touch your nose’ techniques. Cognitive tests can assess various domains, including visuospatial, executive function, language, recall, memory, and abstraction. They may be able to offer a clearer, more precise, and more reliable picture of driver impairment – and be simple enough to perform by the roadside.

With both New York state and Colorado exploring the use of cognitive tests for impairment analysis, there may be more objective DUI testing on the horizon. If so, traditional THC tests – blood tests and oral fluid tests – may play a smaller role in state law enforcement.