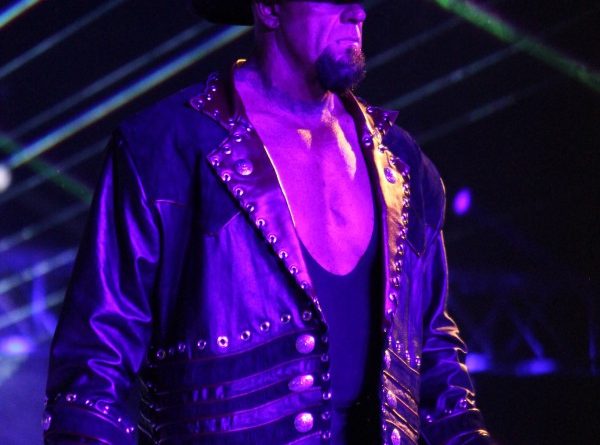 These WWE stars made the most money

While the fascination for wrestling is gaining more and more supporters in Germany and is subject to constant growth, the sport in the United States is already an extraordinarily broad and much noticed phenomenon. The WWE is currently the largest wrestling organization, the market share of competing models is so small that one can speak of an economic monopoly.

Mark Calaway is one of the longest-running actors on the scene (since 1990!). In case you are wondering how the name of the athlete came about (“the undertaker”), here is a brief explanation: From the late 1980s to around the mid 1990s it was common to choose job titles as names, professions that have an eerie or fear-inducing image. Every self-respecting wrestling star called himself either “the dentist!” Or “the butcher!” Or “the undertaker!”. You don’t see the 50-year-old wrestling very often these days, he is more in the background marketing his name. But if he does appear in public, his appearances are as spectacular as ever.

Shawn Michael’s real birth name is actually “Michael Shawn Hickenbottom” – on the advice of his agent, he changed his name at some point in his career so that the word sounded more like a wrestling star. Shawn is a living legend, he got into the ring back in 1987 (only 21 years old at the time!) And joined the “Rockers Tag Team” as a much celebrated newcomer, alongside Marty Jannetty. In the following years, the superstar was always active as a businessman, in addition to his career as a wrestler. He is extremely successful in marketing his own name and landing advertising contracts himself. A real universal genius, in the true sense of the word.

If you were to make a list of wrestling stars who have been the most battered by their careers, then Mick Foley would be very high up! His fights are a guarantee for a variety of injuries on his part and have already become his trademark.

Foley’s interest in wrestling developed in high school while gaining experience as an amateur wrestler (funny way: actor Kevin James), after which he decided to turn pro. For this he started with his friends with the so-called “backyard wrestling”, in the back yards of their houses Foley and his friends recreated their idols, thus embodied a self-organized role-playing game! Foley does a lot of stand-up comedy these days as well as a children’s book author (Yes, you read that right. Another proof that you can’t judge people based on their looks).

Chris Jericho suffered the same fate as many of his colleagues: he too had to change his name on the advice of his agent; Chris was actually born as “Chris Irvine”. He’s also the only wrestler on this list to be from Canada, to be more precise: the snow-white north of Canada. It is extremely difficult for Canadian wrestlers to make a living in American industry, mainly due to the extremely Canadian-shy casting agencies. Chris Jericho achieved great fame as a highly regarded athlete, but also as an extremely accomplished entertainer – his speeches at the microphone in the ring are legendary. The superstar moved to WWE some time ago and left WCW, a short time after the negotiations Jericho was already part of the top squad.

There is a certain disparity in the fights of the giant Paul Wight: all fans cheer for the legend, but all fans also want their idol to finally put his career aside and call him “please retire!”. But the giant probably can’t hear the advice anyway, up there in his hemisphere, and if you made as much money as he did, yeah, you’d probably go as hard as he did – none. Wight used to be known and feared as “The Giant”, but his name has been changed so that no one confuses him with “Andre the Giant”.

The only wrestler on this list who got straight into professional wrestling straight out of college is Kurt Angle. The icon won the gold medal in heavyweight wrestling at the 1996 Olympic Games – despite a considerable health deficit! He lets this fact be announced often and particularly loudly (“… with a broken freakin ‘neck !!”). After the Olympic Games, he devoted himself exclusively to his professional career, in which he gained too little reputation until the WWE signed him in 1998.

He’s an indispensable part of the wrestling scene. For many years Hulk Hogan dominated his fights and the ring in various leagues. Terrence “Terry” Gene Bollea, as Hogan’s real name is called, made a fortune himself. In 2015 he was kicked out of the WWE without notice due to racist remarks. Divorce from his wife cost the superstar 70% of his former wealth.

Yes, admittedly, John Cena is the current crowd-pleaser in the WWE, but he will never match the fame of “Stone Cold” Steve Austin, which he enjoyed during his playing days. In his career, the athlete often changed organizations and coaches, and was always worried about the sales figures for his fights. However, after the spectacular victory in the “King of the Ring” tournament in 1997, his mere name was enough to lure the crowds into the halls.

Probably the biggest name in current, relevant, competition-oriented US wrestling: John Cena. The Superstar made his WWE debut in 2002 in a fight against the then much more experienced Kurt Angle, whom he almost won. Cena became a fan favorite, also due to the fact that, like a white rapper, he insults and verbally attacks his opponents before going into close combat in a spectacular way.

It’s hard to believe that the guy who goes by the gruesome name “Terra Ryzing” who debuted in the ring 20 years ago is still a big hit in WWE these days. But! The veteran worked briefly with WCW before moving back to the WWE and taking a newcomer under his wing. He and his wife, Stephanie McMahan, now own a lot of WWE stocks.

Who is surprised to see this name on the 1? The richest wrestler in the world is also a hugely sought-after actor in Hollywood and has made a name for himself in the film industry over the past decade. Dwayne Johnson! His father was a professional wrestler with a moderate career, which is why Dwayne had a stepping stone into the industry after college and his career developed rapidly. The Rock first tried his hand at the “Universiy of Miami” as a football star before devoting himself entirely to wrestling. The crowd favorite had first tried to weave a myth about his Hawaiian origins so that the audience would interest him as a newcomer, but as soon as he started as a much provocative fighter for the “Nation of Domination”, an extremely well-known formation within professional wrestling, this was no longer necessary and the “electrifying superstar” was born. Dwayne is an absolute crowd-pleaser, often donates huge sums to charities, is always sympathetic in public and always has his iconic smile on.

Vince McMahon is the big boss of WWE and, thanks to his superstars, one of the richest people in the world. With a stake of around 57% in the company, he is the largest shareholder and has himself made a significant contribution to the incredible success of WWE over the past few decades. However, his fortune is highly dependent on the WWE stock price and can rise and fall rapidly.

Even if there is a downward trend in viewership in some states, wrestling is still hot: at Showtime, every Monday, millions of people tune in. The flagship of the WWE is thus WWE Raw (full title: WWE Monday Night Raw), the show is, as already mentioned above, traditionally broadcast on Mondays, it has been produced by WWE since 1993. The broadcast has always had high ratings and therefore great success, which is easy to recognize from the long tradition of 23 years of broadcasting. In addition to this, WWE also broadcasts another program called WWE SmackDown! (full title: WWE Thursday Night SmackDown!). Smackdown is also always popular and has a high audience and a high market share at airtime.

But not only wrestling fans from home bring unbelievable amounts to the organizers, a system of fan pages and internet presences in general also increase the wealth of the wrestling industry, whose profits have long since exceeded the billion mark. But the big organizers know who they owe their prosperity to: The successful model of wrestling has also made many wrestling stars filthy rich – and within a very short time. Wealth has its price: many have had to make one or two sacrifices on the stony path to money, from scars to numerous bone fractures to artificial joints – everything is included – they paid for their money with sweat and blood. But precisely because there is so little information about the big Westling stars in Germany, it is really interesting who the richest stars in the industry are? Here are the 10 richest wrestlers in the world!