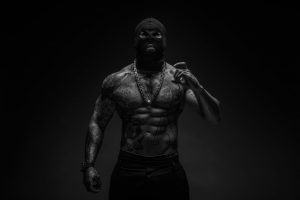 How much money does rapper Azad have?

Most people are familiar with the name Azad, especially through the song “Prison Break Anthem (I believe in you)” together with Adel Tawil. In 2007 it was the first German rap song to reach number 1 in the charts. But Azad was active in the music industry long before that and is still an important part of the hip hop scene today. How much fortune was the rapper able to build up during this time? A small! He has an esteemed Assets of 700,000 euros.

Azad Azadpour was born in 1973 to Kurdish parents in Sanandaj, Iran. He comes to Germany as Refugee child and begins to be interested in hip hop at an early age. In 1984 he started breakdancing, later followed by graffiti, DJing and rapping.

At the age of 16, Azazin, as Azad was called at the time, merged with D-Flame, A-Bomb and Combad to form the Cold-N-Locco crew. A short time later they rename themselves to Asiatic Warriors and gain their first local notoriety. Your texts are a mixture of German, English and Kurdish and very tough for the time. In 1994 they released their first EP called “Told Ya!”Via the label Ruff’n’Raw and are also known nationwide. Gradually, however, there are differences within the group and the crew dissolves. Azad is concentrating more on his turntablism team “Transformers”, in which he is with DJ Dragon, Twister and Release. In 1998 they win the “Da Swing DJ Battle”.

Breakthrough as a rapper

In 1999, Moses Pelham signed the rapper to his label Pelham Power Productions, also known as 3P. With various guest posts on albums and mixtapes by label colleagues, he draws attention to himself again before he was able to attract attention as a solo artist in 2000 with the single Napalm / Heartcore. In 2001 the album “Life”That Azad produced completely in-house. The album still enjoys cult status in the German rap scene to this day. The second album called “Faust des Nordwestens” was released in 2003 and entered the German charts at number 24.

In 2004 Azad left the 3P label and founded his own Bozz Music labelwhich is marketed by Universal. Rapper Jonesmann, producer STI and the group Warheit, which includes Azad, Sezai, Lunafrow, Jeyz and Chaker, are signed. In July 2004 the third album “Der Bozz” appears, which is later indexed because of hard lyrics. A scandal breaks out at the Hip-Hop-Open in Stuttgart: After Sido makes fun of Azad on stage, there is a crash behind the stage and Sido is slightly injured. He also works with Bushido, with whom he will be on tour at the end of the year. At the same time the Bozz-Music Sampler Vol. 1 appears, on which the artists of Azad’s label were introduced.

In 2005 the joint album with Kool Savas called “One” was released. It rose to number 5 in the German album charts and contained the hit single “All 4 One”. The song climbed to number 4 on the charts and stayed in the charts for 16 weeks. The next solo album followed in 2006 and was called “Game Over”, which charted at number 8. The following year, Azad had his biggest hit to date. Together with singer Adel Tawil he publishes the title song for the series “Prison Break”And thus reached number 1 in the single charts. He is the first German rapper to receive this success. However, he can no longer build on it with the following singles and albums. In 2009, Bozz Music finally closes and the rapper takes a longer hiatus.

In the years between 2009 and 2016, you don’t hear much from Azad. Every now and then he draws attention to himself with a Facebook post or appears on a song by a rapper friend. However, he does not publish any music himself. Until January 2017 finally “Life 2”Appears. With this release, the Iranian made it to number 1 on the album charts for the first time. Another long break is not planned, according to Azad. The album will be out in July 2017 NXTLVL on the market.

Azad can look back on a long career in the music business. Since 2000, apart from a creative break, he has been publishing albums, mixtapes and samplers on a regular basis. To this end, he built up a second mainstay in the area of ​​e-cigarette liquids. These activities made him a considerable fortune.

Azad released a total of seven solo albums. There is also a collaboration album with Kool Savas, 2 mix tapes and a label sampler. The album “Leben 2” is his most successful to date and reached number 1 in the charts. Three more albums entered the top 10, and Azad was 10 times in the album charts. From a commercial point of view, that was Song for the series “Prison Break” the most successful of his, for the single he was given a gold record.

While some German rappers have already built up a business in the shisha tobacco sector, Azad took a different path. He announced the brand in December 2016 Bozz liquids to have founded. This produces liquids in different flavors for e-cigarettes. Azad also made it onto the cover of Dampfer magazine with his brand.