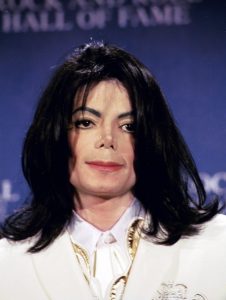 Also in 2016 there are numerous deceased stars who have earned more this year than some C-celebrities could possibly dream of. Of course, Michael Jackson is at the top of the list. So the community of heirs of the King of Pop has taken care of things for the foreseeable future. If this topic is perhaps a bit bizarre, that the dead stars continue to make money, it should be viewed positively. This proves once again that the dead still play a role in life and not be forgotten. George Michael died on December 26th, 2016, which is why he does not appear in the merit list of 2016, who knows if that will change in 2017?

Dead Stars Who Made Millions in 2016

Michael Jackson, or more precisely his heirs, earned an impressive 825 million US dollars in 2016. The first place clearly stands out from the following. It should be noted, however, that the majority of the amount comes from the Sony deal. Michael Jackson’s heirs negotiated a deal with Sony in March 2016. The heirs sold the 50 percent stake in the music publisher Sony / ATV to Sony for 750 million US dollars. But also in 2015 the heirs of the pop icon could look forward to a generous income. They raised 115 million, with much of Jackson’s 2015 revenue coming from ticket sales for the Michael Jackson One Cirque du Soleil show. In 2015, evening after evening, many people were entertained in front of a packed house in Las Vegas.

One could also speak of the dead top earners here. This includes Charles Schulz, known to many as the man who gave birth to Charlie Brown and Snoopy. The popularity of the peanuts is unbroken, so that the late comic book artist, who died in 2000, was able to make a total of 48 million US dollars in 2016.

Arnold Palmer died on September 25, 2016 at the age of 87. With his income in 2016, he ranks third on the list. The American professional golfer was one of the most famous professional golf players alongside Bobby Jones and Tiger Woods. He was the first golf TV star, this TV era began in 1950. Back then it was a special thing to see golfers on television. Today, golf could no longer be imagined on TV without it. Arnold Palmer earned high prize money through his athletic achievements and had additional income from advertising.

The king of rock’n’roll died in 1977 at the age of only 42. After his death, more albums were sold than during the star’s lifetime. Even after 40 years after his death, he is among the top earners of the dead stars and thus occupies fourth place. More than a billion albums by Elvis Presley have been sold, he is considered the most successful solo artist in the world.

Prince died on April 21, 2016 at the age of 57. With his income from last year he is in fifth place. Prince left his heirs with a whopping fortune of 265 million euros. The income from 2016 is related to his sudden death. In the first three days after his death, Prince downloaded 600,000 albums worldwide.

6th to 13th place among the top earning dead stars

At number 6 on reggae legend Bob Marley’s list, his music’s popularity never ends. The Jamaican was able to bring in 21 million US dollars. 7th place goes to Theodore Geisel (Dr. Seuss). He died in 1991 and took out $ 20 million last year on children’s books and Dr. Seuss merchandise. 8th place goes to John Lennon. The former Beatle, who was brutally murdered in 1980, made it to eighth place. He owes this to the Las Vegas Show. The Beatles’ Cirque du Soleil show gave Lennon an annual income of $ 12 million. Albert Einstein took 9th place. The scientist died in 1955. In 2016, $ 11.5 million was raised in t-shirts and other Einstein merchandise. 10th place belongs to Bettie Page, American nude model, she died in 2008. She became famous in the 1950s for her pin-up pictures. Last year she made $ 11 million.

Many big stars died in 2016, including David Bowie. The singer died on January 10, 2016 at the age of 69. His income last year is 10.5 million US dollars, which puts him in 11th place. Steve McQueen is in 12th place, he passed away in 1980. The actor had a whopping $ 9 million annual income in 2016. Though Elizabeth Taylor passed away in 2011 at the age of 79, she secured number 13 on the list of Highest Earning Already Deceased Stars in 2016. Her income for the last year was $ 8 million. Her perfume, called “White Diamonds” in particular, is still very popular and has contributed significantly to the style icon’s annual income of US $ 20 million.