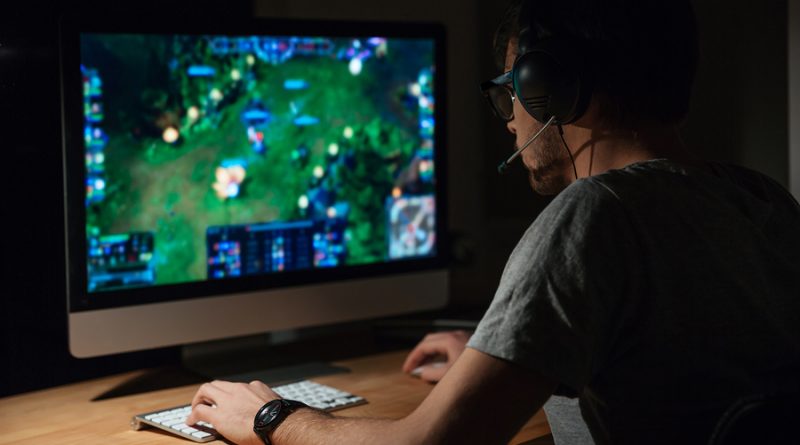 If you take a look at the USA and Asia, it quickly becomes clear that you don’t necessarily have to be an actor or singer to take home a substantial salary. Because the e-sports stars and pro-gamers are also royally rewarded in various international tournaments in the land of unlimited possibilities and in Asia and have a very good income. After all, ESPN and TBS are now showing various e-sports on US television, which has definitely been good for the computer game scene. Meanwhile, millions of fans watch thousands of different tournaments year after year online and on TV, so that the prize money at these tournaments continues to skyrocket. Some of the best gamers of all can easily earn hundreds of thousands or even millions per year and some of them have already risen to become real stars. But who of the gamers made it to the top in 2015? We reveal it in our list of the top 10.

These are the 10 richest pro gamers and e-sports stars

As a die-hard counter-striker, Filip Kubski, who is also nicknamed “Neo”, has already taken part in around 135 tournaments. He is currently playing for a Russian team called Virtus.pro. Last year the Pole even won first place at the ESL ESEA Pro League Invitational tournament and for this win alone he received 100,000 US dollars.

Damon Barlow, whose nickname is “Karma”, prefers to play Call of Duty and has been part of the following teams:

He has mastered his parade game so well that he is the only player in the world to have won the Call of Duty World Championship twice. Since Call of Duty is one of the most popular and most frequently played games of all, this success is all the more remarkable in view of the strong competition. Damom Barlow says of himself that his hatred of losing outweighs his love for winning.

8th place on our list is also a Counter-Striker, but he comes from Sweden. Patrik Lindberg, who is also affectionately known as “f0rest”, is one of the best Counter-Strikers ever and now mainly plays Counter-Strike: Global Offensive. At first he was part of the BeGrip Gaming team, but then became a member of Fnatic and SK Gaming.

Jonathan Wendel should be known to many die-hard fans under the name “Fatal1ty”. After all, he is considered to be the first pro gamer in the world who was able to make a living with it at a very early age. A manufacturer of computer parts also became aware of him and the ASRock company then negotiated a deal with the gamer to be able to publish and market licensed products under his name. Fatal1ty has already had more wins, more titles and more championship wins than any other professional gamer, and even with very different games. Since he was 18, the following games in particular have brought him good luck and a corresponding financial blessing:

Financially, however, this pro gamer can only be found in the middle of the 2015 top earners.

.@ FATAL1TY shows off his new gaming headphone made by Monster. #MonsterCES # Fatal1ty pic.twitter.com/VaO5HHBdav

In his first season, nobody could beat this esports star in Warcraft III. But not only the incredible talent of the player, who is nicknamed “Moon”, distinguishes him. Because despite his professional and thus also financial success as an e-athlete, Jang Jae Hoe decided to continue living with his grandmother.

The Asian is also often referred to as a “faker” in connoisseur circles and is more known as an aggressive player in the League of Legends game. The CEO of the game manufacturer who published League of Legends even said that Lee Sang Hyeok should be seen as a kind of Michael Jordan of the gaming scene.

As the first pro gamer on our list, MC made more than half a million US dollars last year. Starcraft II is his absolute specialty. By the way, gamers also know how to share their money with their family. Because Jang Min Chul has already bought his parents a house and a car. MC usually celebrates each of its winnings in a very special way and is not afraid of disguises and somewhat weird appearances.

With his merit, Jaedong is already one of the real superstars among professional gamers. In Starcraft: Brood War and Starcraft II, nobody can fool him so quickly. In 2006 Jaedong was even named “Rookie of the Year” in his home country Korea, which was well deserved, and the e-sports star is currently working its way up.

Ocelote, as Carlos Rodriguez Santiago is called by his fans, plays in a completely different league. After all, his successes in 2015 brought almost a million US dollars into his coffers. In both League of Legens and World of Warcraft, nobody is quick to fool him. Carlos Rodriguez Santiago has been a professional gamer since he was 14 years old. Not only good things are said about Ocelote, which sometimes attracts negative attention because of the many expletives that he uses and which in some cases have already led to exclusion from various games.

ppd showed them all in 2015 and made more than twice as much money as number 2 on our list. By the way, Peter Dager was able to get the lion’s share of this winnings at Dota 2. In this game, Dager also leads the Evil Geniuses team. He is also known for his big mouth, which he often cannot keep behind the mountain. So even the richest professional gamers don’t always have themselves under control, which Dager has shown over and over again over the past year.