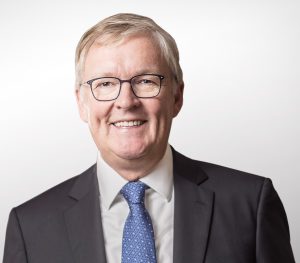 Air Berlin is bankrupt, the airline filed for bankruptcy on Tuesday, August 15, 2017. Major shareholder Etihad sponsored the airline for a long time, but now they have put a stop to the flow of money. Etihad no longer wants to compensate for the company’s losses. The federal government steps in and provides one Loan of 150 million euros. For example, Germany wants to continue to enable its citizens to enjoy the holiday flights they have booked, and Air Berlin’s flight operations are secured for three months. Air Berlin boss Thomas Winkelmann had only been with the company for a few months and had to declare bankruptcy.

The head of the airline doesn’t have to worry about his salary, he continues to cash in heavily. His Base salary per month is a whopping 79,167 euros. In Berlin there are 251 working days a year, Thomas Winkelmann earns more than a good worker a month. His daily wage is € 3,784.88. Whether he works 8 or 10 hours a day at Air Berlin Boss, one can only dream of this hourly wage. Despite bankruptcy, Thomas Winkelmann retains his right to his annual basic salary of EUR 950,004! It should also be mentioned that Winkelmann has only been with the company since February 2017. A short, exciting performance that is at least well paid for.

Whoever is shocked by this news – it gets even more violent: With regard to the salary, we are only talking about the basic salary that Thomas Winkelmann receives in each case. With bonuses, earnings can even double. Creditors have to worry about their money, the federal government steps in, nobody knows how things will go with Air Berlin. But Thomas Winkelmann can lean back and relax, his salary is secure in any case. In the case of ordinary termination, a Bank guarantee of 4.5 million euros made sure that the bankrupt vulture continues to stay rich.

Talks have been underway for a few weeks as to who will take over Air Berlin. Lufthansa is very popular. However, antitrust regulations must also be observed, so that Lufthansa may only be able to buy parts of the company. TUIfly, TUI’s holiday flight company, is also interested in at least taking over the holiday flight routes. But the low-cost airline Easyjet and Thomas Cook’s holiday airline Condor are also showing interest in the talks. The Air Berlin subsidiary Niki is also to be taken over. One can only hope that the salaries of the 8,500 Air Berlin employees are also as well insured as Thomas Winkelmann’s salary. Hopefully the negotiations are going well, so that the employees can be taken over with the airline and can keep their jobs.