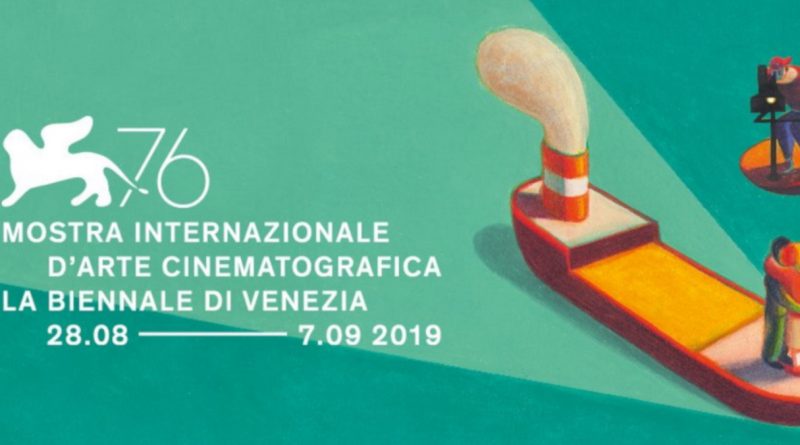 The 76th Venice International Film Biennale was inaugurated on 28 August. For the opening and closing event of the event the godmother will be Alessandra Mastronardi. The Biennale will end on 7 September, the date on which the Golden Lion and the other prizes for the films in competition this year will be awarded.

For this 76th edition of the Venice Film Festival there are 21 films in competition, three of which are Italian.

Haifaa’s Al Mansour film is an Arab-German production speaks of a history of struggle against patriarchy. The plot of the film centers on the figure of a Saudi doctor that is a candidate for the elections of the municipal council with the aim of challenging the figure of man and to give a positive vision of the role of women in Islamic countries.

Everyday life, banality, everyday difficulties sum up Roy’s film Andersson, a Swedish director who relied on Norwegian, German and Swedish production for the making of this film. According to Roy Andersson, the film will move between the present and the past, depicting historical figures such as Adolf Hitler and Ivan the Terrible. The free frame is inspired by One thousand and one nights and the movie he is led by a sherazad who acts as a narrator.

With Penelope Cruz as the protagonist of the film, the work of Olivier Assayas is centered in the 1990s in Cuba. Based on a true story, Wasp Network is about a Cuban airline pilot who steals a plane and flees the country, leaving behind his wife and daughter. He begins a new life in Miami, soon joined by other Cuban dissidents, all engaged in destabilization of the Castro regime.

A familiar story that Noah Baumbach wanted to bring to the Venice Biennale this year. Scarlett Johansson Nicole plays an actress married to director Charlie (Adam Driver), whose marriage is adrift by telling about it the heartbreaking divorce, while remaining united for their little son.

Drama film about the relationship between father and daughter. The Atom movie Egoyan, starring Britain’s David Thewlis and Brazilian debut Laysla de Oliveira, talks about the difficult relationship after Jim’s daughter Veronica is arrested on suspicion of sexual harassment, not true, against a teenage boy.

Cosmonaut Roy McBride, played by Brad Pitt, travels to the outer reaches of the solar system to find his missing father e unravel a mystery that threatens the survival of our planet. His journey will uncover secrets that cast doubt on the nature of human existence and our role in the universe.

A Herdade (The estate)

Of Portuguese origin, directed by Tiago Guedes, In Herdade is a portrait of Portuguese society through the eyes of a family and a progressive landowner in a period of Lusitanian life dominated by the Salazar dictatorship. Politics, customs and historical events intertwine reaching up to the present day, passing through the Carnation Revolution of 1974.

Robert’s French drama Guédiguian it is a picture of a fragile family, torn apart by neo-capitalism which has affected human relations at the expense of money and individual conception. The family reunites for the birth of the child Gloria in Marseille, in a happy moment in which, however, there will be tensions.

Waiting for the Barbarians

Based on the novel of the same name by Coetzee, the Colombian director Ciro Guerra he wanted to retrace the story of a magistrate, faithful servant of an unnamed empire for decades, awaiting his quiet retirement until Colonel Joll (Johnny Depp) arrives. His loyalty will falter when interrogation experts and he witnesses the cruel and terrible treatment to which the barbarians are subjected.

According to the Japanese director’s comment Kore-eda Hirokazu, what keeps the family alive? The burning truth or lies for good? This is the plot of the film in which a timeless Catherine Deneuve will play a successful woman from the world of cinema, whose life and happiness will be shaken by troubled relationship with his daughter.

A woman’s remorse and the unsatisfactory condition of a love relationship are the background for the plot of Ema, Chilean film directed by Pablo Larraín. Ema is a girl who has decided she wants to leave her boyfriend Gastón and wants to give up Polo, a child taken up for adoption. The remorse of these choices and the sense of guilt they will dominate over Ema who will try to forget by continuously searching for love.

The film directed and produced in China tells the story of historical position of the Asian country during the conflict of the Second World War through the life of the famous actress Jean Yu who returns to Shanghai, apparently to star in Saturday Fiction, directed by her former lover. His life mixed with the story of the war presents the relational difficulties of a China land of an intelligence war between the Allies and the Axis powers.

The first Italian film, directed by Pietro Marcello, speaks of a love story and a tiring social revenge. The meeting between a Neapolitan sailor, Martin Eden, and a scion of bourgeois society, Elena, the object of the young man’s passion, but also a social elevator for a different life. Conflicts, different points of view and the beginning of socialist circles they will challenge their already difficult love story.

The Mafia is no longer what it once was

As stated by the director Franco Moresco, the Mafia is no longer what it once was, is the continuation of Belluscone. A Sicilian story, presented in Venice in 2014. The film is naturally set in Sicily 25 years after the killing of the judges Falcon And Purse, with Moresco wondering what has remained as a legacy in the values ​​of the anti-mafia struggle from that sad story.

Based on the famous novel by Jerzy Kosinski, The Painted Bird is a 35mm film shot in black and white, a meticulous evocation of the wild, primitive Eastern Europe at the end of the bloody Second World War. The film retraces the journey of the Boy, abandoned to himself fighting for survival observing the criminal acts of the Russians and Germans that will change it forever.

The Mayor of the Sanità district

The third and last Italian film in competition is directed by Mario Martone and it’s about a story based on the genius’ 60s comedy Eduardo De Filippo. Through the film we conceive of daily life and the cross-section of a Neapolitan neighborhood where Antonio Barracano manages the fate of his area, from family disagreements to condominium problems such as those of Rafiluccio Santaniello, son of the baker, determined to kill his father.

Illness and the will to live represent the red thread of the film of Australian production. The protagonist Milla Finlay, a seriously ill teenager, falls in love with the little drug dealer Moses, making her parents’ worst nightmare come true. This meeting, however, will give birth to love in Milla with a new joy of living and fighting disease.

Director Todd Phillips, through Joker he wanted to turn the spotlight on a complex character and never too deepened and analyzed. The path of a character at the turn of the ’70s -‘ 80s in which Joker is a clown by day, while the night aspires to be a cabaret comedian but realizes that he is a laughing stock. All in a background of one Shattered Gotham City.

Roman Polanski comes to Venice with a historical film, of espionage and social injustice, in which one of the protagonists, Georges Piquart, testifies against Captain Alfred Dreyfus, a young and promising officer in the French army accusing him of being an informer of the Germans. This will all turn into a mistake, as the news continues to filter, questioning Piquart’s profession and life.

With a cast including, among others, Marly Streep, Antonio Banderas and Sharon Stone, The Laundromat speaks of a story told through i Panama Papers of 2016. Ellen Martin, during her vacation, begins to research a fake insurance policy, to find herself in an endless round of shady trades, referable to a Panama law firm specializing in helping the world’s richest citizens build even greater fortunes.

During the 1967 Hong Kong riots of the Communists against the materialistic society imposed by the British government, the story of Ziming unfolds, a Hong Kong University student torn between his feelings for Ms. Yu, a self-exiled mother from Taiwan during the White Terror years, and her beautiful daughter Meiling.

To be able to buy tickets or get more information regarding the dates and times of the film screenings, it is possible to visit the site of the Venice Biennale.