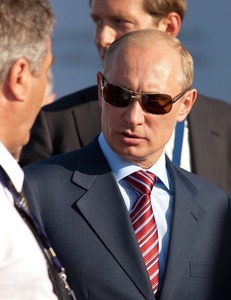 How rich is Vladimir Putin?

As President of Russia, Vladimir Putin is one of the most influential people on the planet. Putin is not only the richest Russian, he is the one richest man in Europe. But the fortune does not come from his salary as a politician, which is rather low compared to Angela Merkel or Donald Trump. The Russian president has his fingers in the largest oil companies and is thus accessing considerable sums of money on his foreign accounts. Of course, his name does not appear in any register of shareholders. There are also no official statements. The cherished Vladimir Putin’s fortune is 36 billion euros.

Putin has very powerful relationships to people from politics and business. Forbes magazine published a list of Putin’s 10 most influential friends, who control six of Russia’s ten largest companies. This also includes the local media group in Russia, which manages many television stations and newspapers.

The US Treasury Department also suspected direct access to Gunvor’s assets in 2014 (50% through close friend Gennady Timchenko). A Gunvor spokesman in July 2020 on VermögenMagazin.de:

There is no basis whatsoever that Russian President Vladimir Putin was or is involved in any form in the oil trading company Gunvor, which is based in Switzerland. We note that President Putin has no economic or other ownership rights in Gunvor and has never had in the past. He is not a beneficiary of Gunvor or any of the company’s activities.

How much money does Putin really have?

In early 2015, hedge fund manager Bill Browder made the claim in an interview with CNN that Putin is the richest person in the world. He claims that Putin’s fortune, allegedly $ 200 billion, is far higher than we previously thought. If this claim is true, then the Russian President would actually be the richest person on this planet and would be ahead of entrepreneurs Jeff Bezos, Bill Gates, Carlos Slim Helu, Warren Buffett and Co. in the ranking with more than twice as much wealth Assertion, however, still no trust and continue to assume an estimated fortune of 36 billion euros, as the BBC informant and political scientist Stanislaw Belkowski put it in early 2016.

The career of Vladimir Putin

The future Russian president was born on October 7th, 1952 in Leningrad (St. Petersburg) as the son of two factory workers. He first attended school and then completed a law degree at the University of Leningrad and then worked as a KGB officer from 1975. He had a rapid career and was stationed in the GDR (Dresden) from 1985, where he improved his knowledge of German. Five years later he moved back to what was then the USSR and worked as an assistant for international issues at Leningrad University. In the same year Vladimir Putin became an advisor to his former professor Anatoly Sobchak, who became head of the Liningrad city parliament.

The political career now took its course. In 1994 Putin became the first deputy mayor and was the direct representative of Sobchak and accompanied several offices. When Shobchak lost his re-election as head of the city in 1995, Putin resigned from his posts and subsequently supported the Boris Yeltsin’s presidential election campaign. Under Yeltsin, Vladimir Putin continuously gained higher positions in the Kremlin and was thus able to rise politically. In 1997, Putin obtained the very controversial doctorate in economics because the doctoral thesis consisted of many transcripts. However, these allegations of plagiarism could never be proven.

Boris Yeltsin appointed Vladimir Putin as his prime minister on August 9, 1999. When Yeltsin resigned on December 31, 1999, on suspicion of money laundering on a large scale, Putin took over the office of Russian President until his successor was elected. As one of his first acts, the interim president granted Boris Yeltsin impunity for the acts he had committed and then cleaned up the Kremlin and dismissed some corrupt people and refilled their offices.

The old and new Russian President

In the presidential election in 2000, following the resignation of Boris Yeltsin, Vladimir Putin won with an absolute majority of 52.9 percent and became Russian President in the first term. Because of his harsh actions in the war against Chechnya, Putin enjoyed a high reputation among Russian citizens. In the next elections in 2004, Putin became president again with a majority of 71% and took up his second term. According to the Russian constitution, a president can only serve two terms of four years each, after which a new president must move into the Kremlin.

In 2008, Dmitry Medvedev, a friend and close confidante of Putin, became the new President of Russia and Vladimir Putin again prime minister. Medvedev was more or less Russia’s four-year-old legal front man, and Putin continued to be the mastermind behind the scenes. It was therefore clear that Vladimir Putin would run for president again after four years (2012). However, in 2010 the term of office for the “new” future president was increased to six years.

Unsurprisingly, Putin won the presidential election again on March 4th, 2012 and thus ruled Russia in his third term as president. The next presidential election followed on March 18, 2018, which he won with 76.6 percent of the vote and on May 7, 2018 for his fourth term was sworn in. There were allegations of election manipulation, but these were quickly nipped in the bud. This would mean that the president would have remained in power until 2024 and would have found another constitutional loophole afterwards to continue to govern in the background. In preparation for this, a constitutional amendment was carried out in March 2020, which annulled the previous terms of office of the President. The constitutional amendment (78% popular vote in June 2020) allows Putin to rule as president for two more terms. That would allow him to stay in the Kremlin until 2036, when he would be 83 years old.

The possession of Vladimir Putin

The 2014 Olympics are generally considered to be “Putin’s baby”. It turned out to be the most expensive game ever. With investments of the equivalent of 37 billion euros, it was possible to host the Winter Games on the north-eastern coast of the Black Sea. Boris Nemtsov, opposition politician and great critic of Putin, estimated the embezzlement volume at around 30 billion and even described the Sochi Olympic Games as one Example of mismanagement and robbery by Putin’s government and its related oligarchs.