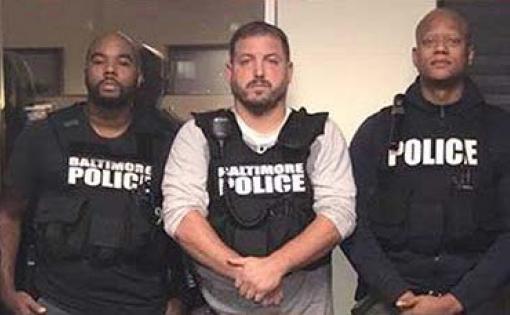 Wayne Jenkins’s wife, Kristy, has chosen to stay out of the public eye. She and the ex-captain met when they were in high school, and they were married in North Carolina. They are the parents of three children, and are dedicated to their children’s education. While Wayne was in the service, he would frequently travel home to Middle River to fulfill Kristy’s needs.

In addition to the charges against Wayne Jenkins, Kristy is also the wife of a police officer who was convicted of a criminal offense. Jenkins is currently serving a 25-year sentence in a federal prison. His wife, Kristy, has three children and is a lawyer in the field.

Jenkins was a sergeant in the Baltimore GTTF, a special unit tasked with investigating violent crimes in the city. Jenkins was also a good husband and father. His personal life was much more exciting than his professional life. He had a wonderful family, including three children and two step grandchildren.

After the huge scandal, Jenkins was charged with several crimes, including racketeering and falsifying records. As a result, he was sentenced to 25 years in a federal prison in Kentucky. However, his wife is not happy with the sentence, and is seeking a pardon for her husband.

Wayne Jenkins joined the Baltimore police department in 2003 and was promoted to police sergeant. He was an accomplished police officer, with many arrests under his belt. Jenkins was also admired by his colleagues. While he was a respected police officer, he was accused of misconduct in four separate lawsuits. In fact, three of them were successful, and the police department’s Internal Affairs chief intervened and prevented him from being punished.

Despite being sentenced to 25 years in prison, Wayne Jenkins is still very much in love with his partner. He would drive long distances to see her and their three children. Sadly, his career changed after the divorce and he has not been able to see his kids grow up.

Wayne was a cop, and used his position to further his own personal gain. Despite being part of the Gun Trace Task Force, he began engaging in illegal activities while on duty. Those activities eventually cost him his job. The film “We Own the City” focuses on the corruption in the Baltimore police department.