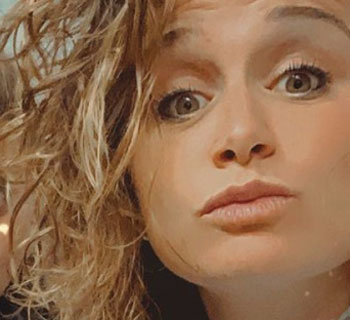 Cristiana Girelli is a soccer player from Juventus Woman, also striker of the Italian national team. She is one of the most prolific players in the current Serie A panorama. Cristiana Girelli was a guest at the 71st Sanremo Festival 2021 together with Zlatan Ibrahimovich.

Who is Cristina Girelli?

Cristiana Girelli is originally from the city of Gavardo in the province of Brescia and grew up with a older sister who has now made her aunt. Cristiana does not fail to dedicate many posts to her beloved granddaughter. and has always been a great football fan. This passion was facilitated by his father who is the president of a local football team as well as the owner of a pharmacy. Then following his father’s team he began to breathe the pitch, observe training and want to be part of that world. Cristiana said that sometimes she even managed to train with the players of her father’s team. The debut in Serie A took place in 2005 but in the meantime Cristiana finished high school and first enrolled in the faculty of Pharmacy (probably to follow in the footsteps of the family that owns a pharmacy) but then moved on to the faculty of Biotechnology of Verona.

Cristiana Girelli shares on Instagram (where she has about 170 thousand followers) many moments and thoughts on the football matches and sporting challenges she faces with her team.

Cristiana Girelli began her career in the Bardolino Verona team and made her debut in Serie A in the 2005 – 2006 season. In the same year she also made her national debut with the Under 19 youth selection. She stayed at Bardolino Verona until 2013 when she moved to Brescia winning the Scudetto again (already in the Bardolino Verona had won 4 championships, 3 super cups, and 3 Italian cup scoring 67 goals). Switch to playing in Juventus Woman in the summer of 2018, crowning her dream as the girl has always been a Juventus fan.

In the senior national team instead makes its debut in 2013 and from that moment on he is a permanent presence in all convocations. he was also part of the expedition to the 2019 World Cup in France.

In the Season 2020 – 2021 he continues to play with Juventus Woman, often proving to be decisive with his goals. On 9 May 2021 Juventus Woman won the 7th Scudetto with three days in advance, this is the 4th consecutive title. In the match against Napoli, won 2-0, which awarded the Scudetto, Cristiana Girelli scored the 50th goal for Juventus!

The salary of Cristiana Girelli undergoes the current regulatory gap that Italian football suffers: a footballer in fact cannot receive more than about 30 thousand euros gross per year plus a reimbursement of expenses of about 60 euros per day five days a week or 45 euros in the athletic preparation phase. As we can see, the difference in treatment between the male and female football pay universe is very wide.

Cristiana Girelli is a very reserved girl about her love life, in fact there are no clues that have made us understand if there was someone special in her life. Her attentions all seem to be directed to her granddaughter and to the friends who accompany her in many shots on Instagram.

Cristiana Girelli is the Juventus Women’s striker and plays with the number 10 shirt that belonged to Del Piero. It is also used as a gearbox in racing because is able to change a game with a game. Cristiana is a fast and technical forward with a lot of drool in ball protection. 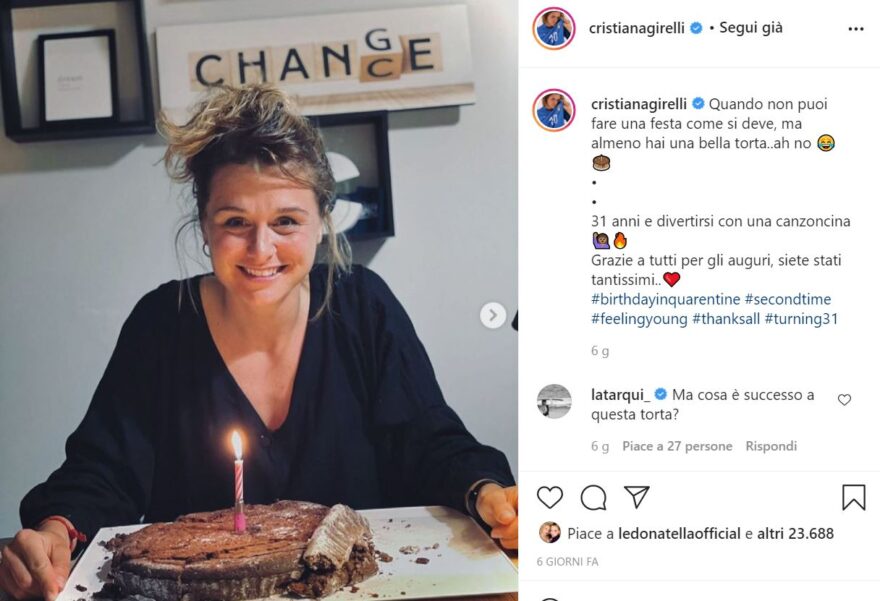 The National Women’s football team has been very successful with participation in the World Cup of France 2019 passing the group stage. The next international engagement is the 2021 European Championships in England while from September 2021 it has been involved in qualifying for the 2023 World Cup in Group G where they meet against Moldova and the Croatia, respectively on Friday 17 September at the ‘Nereo Rocco’ stadium in Trieste and Tuesday 21 September in Karlovac (5.30 pm). In the first qualifying match Cristiana scored two goals, one from a penalty kick: Italy finished 3-0 over Moldova.

Besides Cristiana Girelli the other holders in the blue jersey are: