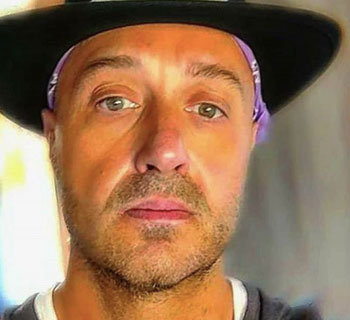 Joe Bastianich, born Joseph, is an entrepreneur in the restaurant business Italian American. He is also a wine producer, musician, showman and writer. In Italy he achieves success as he becomes one of the judges of MasterChef and Italia’s Got Talent, as well as being one of the competitors of Friends Celebrities in the blue team, led by Alberto Urso.

Who is Joe Bastianich?

Joe Bastianich was born on September 17, 1968 in New York from Italian parents, in fact both the mother and the father are from Istria. With his sister Tanya, Joe spends his childhood in his parents’ restaurants, first in Queens, then at Felidia in Manhattan. In 1993 Joe invests in the “Beak”, selling previous assets, becoming soon famous and also appearing on some TV series (Beverly Hills 90210 and Friends). When the parents separate, the father hands over his shares to Joe and his sister. He opens several restaurants in New York with the help of the chef Mario Batali and in 2010 exports the chain Eataly.

Since 2013 Joe Bastianich has also started investing in his country of origin, opening in Friuli two wineries (the third will buy it in Argentina). In 2015 he opened a restaurant in Milan, the Curls, with several partners, including Belen Rodriguez. In 2018 he received the “America Prize” at the Italian Parliament, promoted by Italy USA Foundation which promotes non-economic twinning between Italy and the USA. Together with Bruno Barbieri, Carlo Cracco and Antonino Cannavacciuolo he is a judge at MasterChef Italia, but he has also participated in Top Gear and there are rumors of his next participation as a judge at X Factor.

Joe Bastianich was born as entrepreneur and restaurateur, then landing on TV as showman and musician. He performs with original musical performances that mix American rock, folk and country. In addition, Joe staged his show that tells about his experience with wine and music: “Vino Veritas, My unplugged life“. He also released a music album “AKA Joe“, With unreleased songs written over the last few years. Bastianich also produces wine with labels Bastianich Wines And La Mozza, he has also published a series of recipe and wine books and two books on his life: “Restaurant man” And “Giuseppino“. He is now a judge of FFF, Family Food Fight, with his mother and Antonino Cannavacciuolo.

The programs in which he took part are:

Joe Bastianich is the judge of Italia’s Got Talent, the talent show produced by Sky and broadcast on TV8 which has brought to the fore hundreds of artists, musicians, singers, dancers, comedians, performers, magicians! Also for 2021, for the fifth consecutive year, the management of Lodovica Comello was confirmed together with jury exceptional composed not only by Joe himself but also by: Frank Matano, Mara Maionchi and Federica Pellegrini. This edition will be broadcast in full compliance with the rules Covid as were the auditions held in Cinecittà, Rome, and will begin in January 2021. Wins the talent this year Stefano Bronzato, the magician who bewitched the public and judges.

Not everyone knows that there is a parodic version of the program, entitled Italia’s Got Truly Talent ?, which was presented by Lucilla Agosti.

Joe Bastianich is married since 1995. He and his wife, Deanna Damiano, they have three children: Olivia, Miles, Ethan. Very little is known about her as she is not part of the showbiz and is extremely reserved. We know that the two have been through difficult times due to distance and that she has it economically supported during the opening of the first restaurant.

Joe Bastianich was very close friends with Nadia Toffa, the Hyena passed away on 13 August 2019 due to cancer. The two have often been paparazzi together and many have speculated that between the two there was a relationship. Both have always denied the rumors about them, declaring there was only a sincere friendship. When Joe received the terrible news of his friend Nadia’s death, he closed in silence and avoided doing any statement, for this he was heavily criticized by fans who did not forgive Joe for the lack of “social gestures” for his friend Nadia.

Where are Joe Bastianich’s restaurants located?

Joe Bastianich has many restaurants scattered around In the USA, between New York and Los Angeles: abbo Restaurant And wine shop, Del Posto, Casa Mono & Bar Jamon, La Sirena, etc. But the most famous remains Beak in West 46th Street, New York, NY, with a menu entirely in Italian with pasta dishes and especially fish. In Italy instead his restaurant Orsone, is located in Via Darnazzacco 63 to Cividale del Friuli, 33043.

Joe Bastianich participated in the edition of Amici Celebrities, a program that bears the signature of Maria De Filippi, but conducted by Michelle Hunziker. Joe will participate in the singing category and will compete in the blue team captained by the former competitor and winner of Amici Alberto Urso. Bastianich regarding this participation, stated: “I participate in Amici Celebrities because my passion is singing. My biggest supporter is my grandmother who is 98 years old. It was fundamental for me, it raised me.“