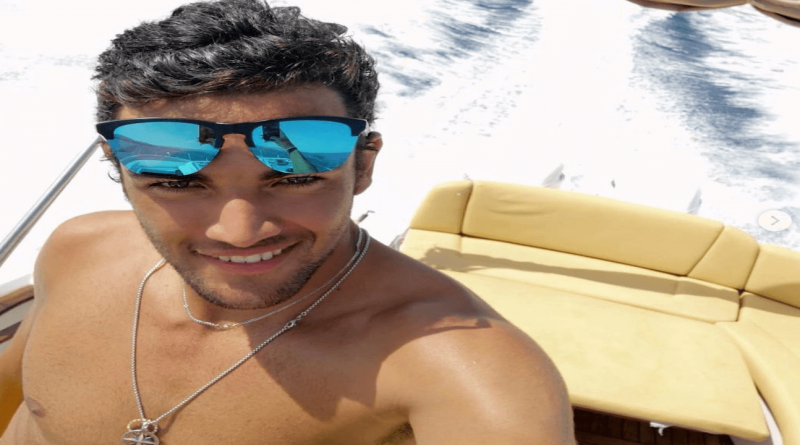 Matteo Berrettini is a 25-year-old Italian tennis player born in Rome currently in 9th place in the ATP ranking. Matteo Berrettini was the first Italian in history to reach the final of the Wimbledon tennis tournament where he challenged, losing, the champion Djokovic.

Berrettini will not represent Italy at the Tokyo 2021 Olympics due to a muscle problem. The Italian champion is engaged to the Australian tennis player Ajla Tomljanovic.

Who is Matteo Berrettini?

Matteo Berrettini was born in Rome on April 12, 1996, under the sign of Aries. The parents, former Publitalia executive Luca and Claudia Bigo, encouraged both children, Matteo and Jacopo, to cultivate a passion for tennis.

It was indeed right Matteo’s younger brother, Jacopo, to introduce him to the world of tennis. The two brothers grew up in the new Salario district, Matteo attended the Jean Piaget elementary school and then arrived at the Archimede, a scientific high school in his own area.

The last year of high school Matteo he does it as a private owner to combine study and tennis. He then moved to Parioli and at the age of 23 he reached the top ten tennis players in the world in the ATP ranking.

A dream that came true and that led him to confront the world-famous tennis players idols of his childhood.

Matteo Berrettini has been engaged since 2019 with the tennis player Ajla Tomljanovic, Croatian naturalized Australian. The young tennis player is 28 years old and the two are very close also thanks to the fact that they do the same job, face the same challenges and difficulties on and off the court. Before meeting Ajla Matteo was engaged to his ex Lavinia Lancillotti, who is also a tennis player. 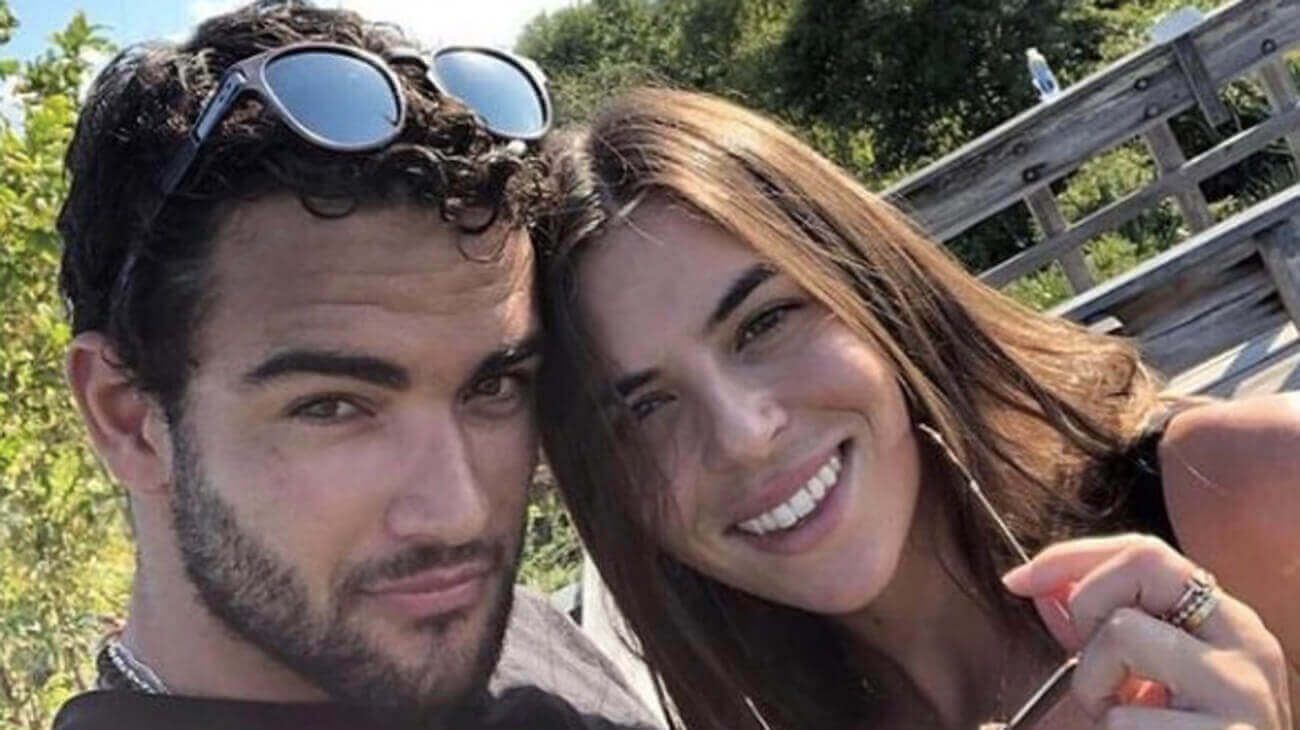 The debut and entry into the ATP

Matteo Berrettini he played his first match as a professional in 2013, at the age of 17 at the Future Italy F21, suffering a defeat. The first match he won on the professional circuit dates back to 2015, when he played the match at Futures Turkey F11 against Serbian Miki Jankovic.

In the same year, together with Filippo Baldi, he won his first trophy in doubles and entered the ATP ranking at the 1674 position in singles and 1156 in doubles. But his position in the standings is destined to change thanks to the first ITF title won in October at the Italy F30 in Santa Margherita di Pula, with which he reaches position 525 on the ATP.

The career of Matteo Berrettini suffered a small stop from February to September 2016 for a left knee injury but managed to close the season in a positive way thanks to several victories, including the most important in Andria against former ATP 5 top Tommy Robredo. He thus arrives at position 435 on the ATP.

Participation in the Internationals of Italy

In 2017 the tennis career of Matteo Berrettini is at the center of an important turning point. Enter the top 300 of the ATP and play, thanks to the permission of the organizers, at the Internazionali d’Italia thus officially entering the ATP circuit. Here he loses in the first round against the Italian Fabio Fognini. The climb in the ATP ranking does not stop there for Matteo Berrettini: thanks to the victory of several Challengers in 2017 he closes the season at position 135.

A year later he participates in the Australia Open, thus making his debut in a Grand Slam tournament but is eliminated by Adrian Mannarino. But Matteo Berrettini is unstoppable and his climb to the ATP ranking proves it: in the first months of 2018 he actually enters the top 100, thanks to the victory of the Bergamo Challenger and his results in the Masters 1000.

He conquers position 80 thanks to the results at Roland Garros in Paris, but the climb does not end there: he made his debut at Wimbledon beating world number 15 Jack Sock, took part in the ATP World Tour 250 and in the US Open winning, at the end of 2018, the 54th place in the world rankings.

Wimbledon and US Open tournaments

Matteo Berrettini starts 2019 with the defeats of Doha and Auckland and exits in the first round of the Australian Open against Tsitsipas. But in Sofia she reaches her second ATP semifinal and with the results of this tournament she reaches position 46 of the world ranking.

With the results achieved in the ATP 250 in Marseille, in other tournaments in Budapest and Munich he reaches the position 31. In the same year he scored a great symbolic victory: at the Internazionali d’Italia he faces and wins against the number 5 in the world, Alexander Zverev.

Later he presented himself, for the first time as seeded in a Grand Slam tournament, at Roland Garros where he was defeated in the second round. He comes out in the second round also in the doubles tournament but at the end of the tournament he reaches the 30v position in the world ranking, becoming the number two in our country.

The results from Halle and Wimbledon earned him number 17 in the world rankings. At Wimbledon he plays against the future finalist of the tournament Roger Federer.

The activity of Matteo Berrettini suffered a temporary stop due to a sprained right ankle that prevented him from playing at the Masters 1000 in Montreal.

After a little more than a month of rest he returns to the field for the Masters 1000 in Cincinnati, wins his first career match at the US Open against Richard Gasquet.

The victories at the US Open stop only in front of Rafael Nadal, who beats him in three sets. After the successes in St. Petersburg and Vienna, he closed the year positioning himself at number 8 in the world ranking, also winning the ATP award for the most progressed tennis player in one season.

In 2020, due to tournament suspensions due to Covid, Matteo Berrettini takes part in the following tournaments: Australia Open, Western & Southern Open in New York, US Open. He ends the season reaching number 10 in the world rankin.

In 2021 he earns his fourth ATP title, reaches the ATP Cup final and wins the first Masters 1000 final in Madrid, becoming the first Italian to play a final in the important tournament, but he loses against Zverev, reaching 9th place in the world ranking. At the Internazionali d’Italia he goes out in the round of 16, at Roland Garros he reaches the semifinals and then wins the Queen’s ATP 500, confirming himself at 9 place in the ATP ranking.

On 9 July 2021 he won the final at the tournament of Wimbledon beating Hurkacz three sets to one, becoming the first Italian in history to access the final of this tournament which took place on 11 July 2021 against the champion Djokovic.

Matteo Berrettini participates in the US Open 2021 and the quarter-finals challenge again Novak Djokovic, having already met him in previous Roland Garros 2021 tournaments in Paris and Wimbledon.

Matteo Berrettini has a huge following on Instagram: he has over 270k followers with whom he shares his passions, his work and his victories. 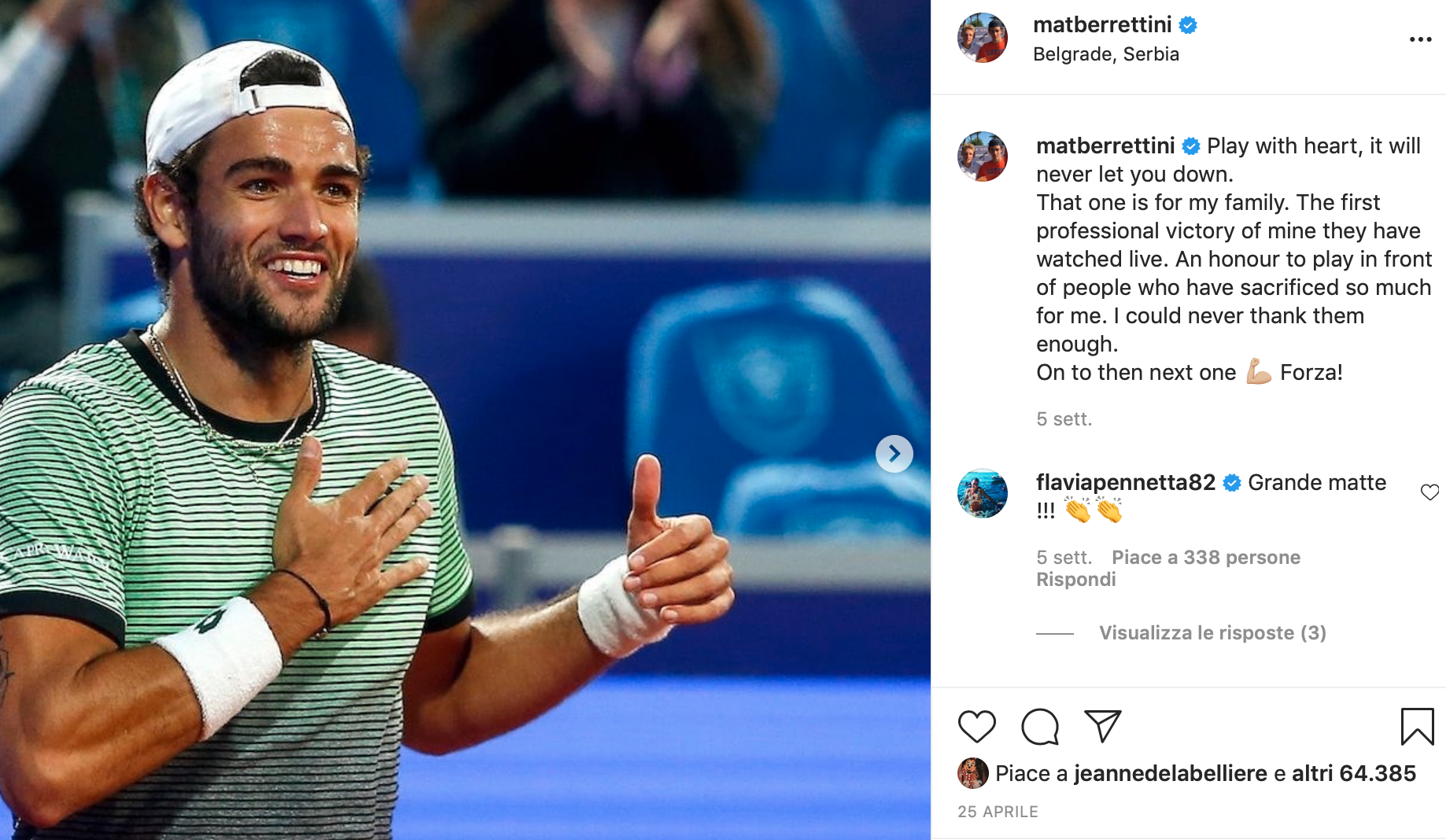 The best points of Matteo Berrettini at the US Open 2020.

Home » Sport ” Who is Matteo Berrettini: Biography, Age, Girlfriend of the Tennis Player and US Open