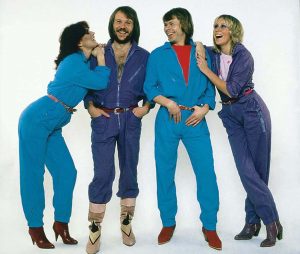 How much money did ABBA make?

ABBA is one of the most famous musical exports from Sweden. Although the band only lasted ten years, its members have earned a golden nose. 400 million records sold and the fact that these songs can still be heard on the radio today and even resulted in a musical including a musical film, explain the wealth of the Swedes. The musical film “Mamma Mia !,” which was released in 2008, is actually one of the most successful of its kind The band ABBA has assets of 900 million euros.

The fortune of the ABBA band members

To date, more than 60 million people have seen the ABBA musical, making it one of the most successful musicals around the globe. In addition to “Mamma Mia”, “Dancing Queen” and “The Winner Takes It All” are among the ABBA anthems that will continue to be unforgettable. The band celebrated their big breakthrough at the Eurovision Song Contest in 1974. So far, none of the winners of this music competition has even come close to following in the footsteps of the Swedish pop export hit. After all, ABBA is one of the most successful bands in music history. Every single one of the 4 band members from ABBA has an estimated net worth of 225 million euros.

Even people who weren’t even born when the Swedes were active know their iconic songs. It is all the more sad that private differences led to the breakup of the band in 1982, which otherwise would have produced many more catchy tunes. But maybe it is also the early demise that contributed to the iconic status of these musicians today. We will never know. That proves how popular the Swedes still are ABBA Museum, which opened its doors in Stockholm in 2013, alike.

After 40 years, the band celebrated their comeback on September 2, 2021 with a gigantic live online event and two singles. Your new album Voyage was finally released on November 5, 2021. The previous album “The Visitors” was released on November 30, 1981. It remains to be seen whether there will be more musical albums and performances.

As early as February 1973, the band wanted to qualify for the Eurovision Song Contest. The audience favorite at the time did not succeed, however, as the jury of the Swedish preliminary decision ensured that ABBA only landed in third place. The single “Ring Ring”, with which the artists missed the qualification for the European music competition, still hit like a bomb. It appeared in Swedish and English and secured the first two places in the Swedish charts. At the same time, the musicians’ album landed in pole position in Sweden.

These successes were reason enough to invite the singers again to the Swedish preliminary decision for the Eurovision Song Contest next year. In the winter of 1973/1974 the Song “Waterloo”. The success should prove the team of four right. They not only secured first place in the Eurovision Song Contest, but even in the US the title had what it takes to be a top ten hit. However, it was not until 1976 that the golden hour of the band around the globe had struck. In what was probably the most successful time of the band, “Mamma Mia” and “Greatest Hits” were released worldwide.

Between 1976 and 1977 the ABBA fever spread rapidly around the globe. In Germany, the band even managed to secure four chart number 1 placements in one year. Only the Beatles had done that before. During this time, the single “Fernando” managed to dominate the charts in Australia for 14 weeks. The world had simply devoured the Swede. Even the band’s popularity in the various Eastern Bloc countries knew hardly any limits. Poland, for example, was only allowed to import 800,000 western music records per year. In 1976 this contingent was completely reserved for the ABBA album “Arrival”. From the Rock and Roll Hall of Fame to wax figures at Madame Tussauds, the four Swedes have made music history with all their successes.