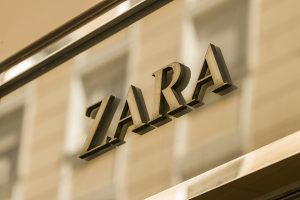 How rich is Amancio Ortega?

He is considered the richest man in Europe and one of the richest in the world. Amancio Ortega has an esteemed Assets of 65.68 billion euros. So the Spaniard even measures himself against Warren Buffet and Mark Zuckerberg. With his wealth, he even comes very close to the billions of Bill Gates and Amazon CEO Jeff Bezos. In fact, it is only these gentlemen who bring a greater fortune with them than Amancio Ortega himself. The entrepreneur has thus proven that such a large fortune can also be made in the textile sector.

The consumer’s desire for fast fashion that is reminiscent of the designs from the world’s major catwalks seems unrestrained. The Spaniard’s bank account benefits from this anew every day. After all, he owns that Zara fashion chainwhich is now even represented several times with its branches in many large cities in Germany. Whether fashion for young people, children, female trendsetters or neat furnishings that are now available in their own Zara Home stores – Amancio Ortega gives its customers exactly what they want.

How Amancio Ortega got filthy rich with Zara

Even if Amancio Ortega lives rather withdrawn with his second wife, he is still on everyone’s lips. Above all, this has to do with the fact that Forbes magazine took notice of him in 2017 and reported adequately on the richest European. Of course, the fashion czar is also constantly on the lists of richest people in the world far forward. But how did the Spaniard manage this feat? How could he get so inexpressibly rich?

The group that Amancio Ortega Gaona founded with his first wife is the parent company Zara. In the meantime, other companies also belong to the Inditex Group. Zara opened its first store as early as 1975. The entrepreneur can now rely on more than 7,000 retail stores to be proud in all corners of the world. The group of companies, which also includes the following fashion brands in addition to Zara, employs a good 150,000 people:

For many, his ascent was completely unexpected. As if out of nowhere, the Spaniard was able to build one of the largest textile companies in the whole world. He always put himself in the background. There are hardly any photos of the extremely rich European, who also does not give interviews. His fashion, however, speaks for itself. In fact, until the 1990s, the global public did not know who was behind Inditex stands.

In addition, the billionaire did what most do not. The wealth doesn’t seem to have gone to his head and he remains true to himself. Amancio Ortega Gaona doesn’t like suits and ties at all. So he doesn’t wear them either. When he was still actively involved in the management of the Inditex group, he ate like everyone else in the company’s own canteen. You will look in vain for allure in this entrepreneur. Whether this is part of his success is an open question. In any case, nobody can explain the Zara phenomenon 100 percent. However, many fashion and industry experts assume that the short turnaround times for the latest collections are a key to success.

A businessman through and through

The fashion czar did not only earn his madness with textiles. Meanwhile, Amancio Ortega is rightly called as well Real estate king to call. The special feature that Zara customers can buy the latest designs from the world’s largest catwalks just a few weeks later has taken the company to the top. Ortega then retired from active and successful business. Instead, the Spaniard bought up real estate in many European metropolises – always in prime locations, of course.

The collapse of the Spanish real estate market was also a real stroke of luck for the entrepreneur, as he was able to get hold of dream properties for little money. A simple delivery boy who had to earn money when he was only 14 has turned into a shrewd business man who knows how to use every opportunity that presents itself. From an entrepreneurial point of view, the Spanish Zara boss also appears in the following sectors and will therefore be able to further increase his wealth in the years to come: