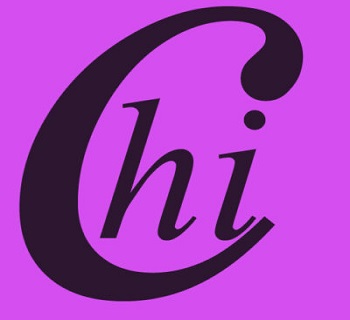 Amici 18 is the edition of the talent show Maria De Filippi is the edition that aired between 2018 and 2019. The winner of Amici 18 was the opera singer Alberto Urso, followed by Giordana Angi. Let’s see together what are the biographies of the participants in Amici 18 and the professors of the talent that represented a real springboard for personality still on the crest of the wave. Let’s think, for example, of names like Shaila Gatta, or Irama, who had a relationship with Giulia De Lellis, but also the dancer Andreas Muller, as well as Alessandra Amoroso, Emma Marrone, Annalisa, Emma Muscat & Biondo. The two artistic directors of the Amici 2018-2019 edition were two famous singers: Vittorio Grigolo and Ricky Martin. Among the guests there were Pio d’Antini and Amedeo Grieco of the comic duo Pio and Amedeo. The great absentee of this edition was Marco Bocci as judge.

In the edition of Amici 2018-2019 there was an important new entry: Timor Steffens, in the role of professor. Among the other professors we obviously find Veronica Peparini, the always severe Alessandra Celentano for classical dance, and singing teachers Rudy Zerbi, Alex Britti and Stash.

Amici’s professional dancers are a point of reference for all the competitors of the Talent Show, as they have managed to make their passion a real job within Friends of Maria De Filippi. Among the professionals of the 2018-19 edition, we find:

Lorella Boccia: Neapolitan dancer who also participated in a successful film (Step Up) and is the wife of Niccolò Presta.

Francesca Touch: ballet dancer married to the dancer Raimondo Todaro, with whom she started dancing at the age of 16.

Virginia Tomarchio: she won, as a dancer, Amici 15.

Jonathan Dante Gerlo: his branch is Electro Dance and he is engaged to Velina Shaila Gatta.

Gabriele Esposito: dancer specialized in modern dance, he was one of the contestants of Amici 15.

Giulia Pauselli: she is a classical and contemporary dancer, who has had flirtations with well-known names in the show, such as Stefano De Martino and Giano Del Bufalo (brother of the more famous Diana Del Bufalo). Currently engaged to the dancer Marcello Sacchetta.

Angelo Recchia: specialized in vouing and hip hop, he came out about a year ago.

Bryan Ramirez Hurtado: he landed among the professionals of Amici after his participation in the same talent.

Federica Panzeri: she also participated in the talent show in the past. She is currently one of the school’s professionals and participates in other television programs.

Singers of the Amici 18 school

was one of the singers wanted by Alex Britti. At the registry office Francesca Magistro is a 21 year old girl from Pescare and her style was close to the “black” one. Ahlana was unable to make it to the evening stage of the talent.

Giordana arrives at Amici with a great experience behind her: she was in fact on the stage of Sanremo and also collaborated with Tiziano Ferro. At Amici 18 he won a deserved second place, behind Alberto Urso.

Tish is a singer-songwriter of Serbian origins, Tijana Boric has a great talent and managed to get to the evening phase of the 2018-2019 edition of Amici.

upon his entry to Amici he had already gained several experiences. He participated in Waiting for Sanremo and worked on the soundtrack of the Rai fiction “Non dirlo al mio capo”. She was able to access the evening phases of the program.

he graduated in Lyric Singing at the Conservatory of Matera and is a child prodigy who, at the age of 13, participated in the program “Ti lascio un canto”. Alberto Urso was the winner of Amici 18.

stage name of Mario Castiglione, is an appreciated songwriter and musician. Ad Amici convinces the judges with his unpublished “We love each other” and manages to get to the evening stage.

Fabio Migliano is a Trap / hip-hop singer who participated in Amici with the aim of bringing his genre to TV.

Alessandro Casillo’s is not a new name: he participated in the Io Canto show together with Luna Melis and won in the youth section of Sanremo in 2012.

is a singer of Neapolitan origins who in life has also worked as a model. Despite his talent, however, he was unable to enter the evening phase of the program.

his unreleased “Mala Noche” is a hit single. Alvis is a trapper who wants to give new life to this genre and who managed to get to the evening phase of Amici 18. 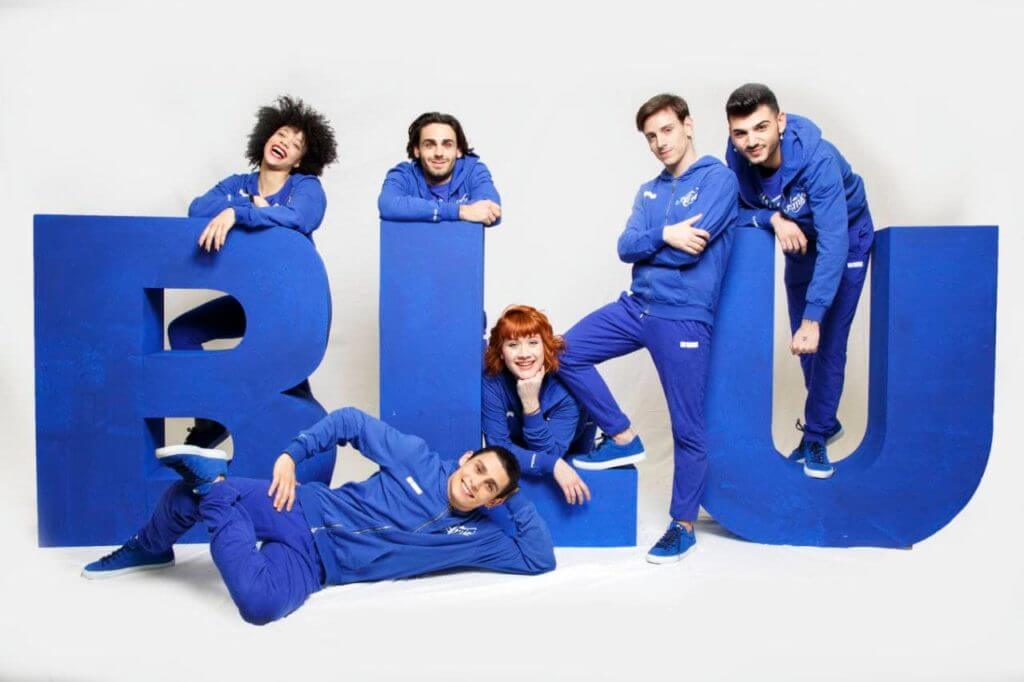 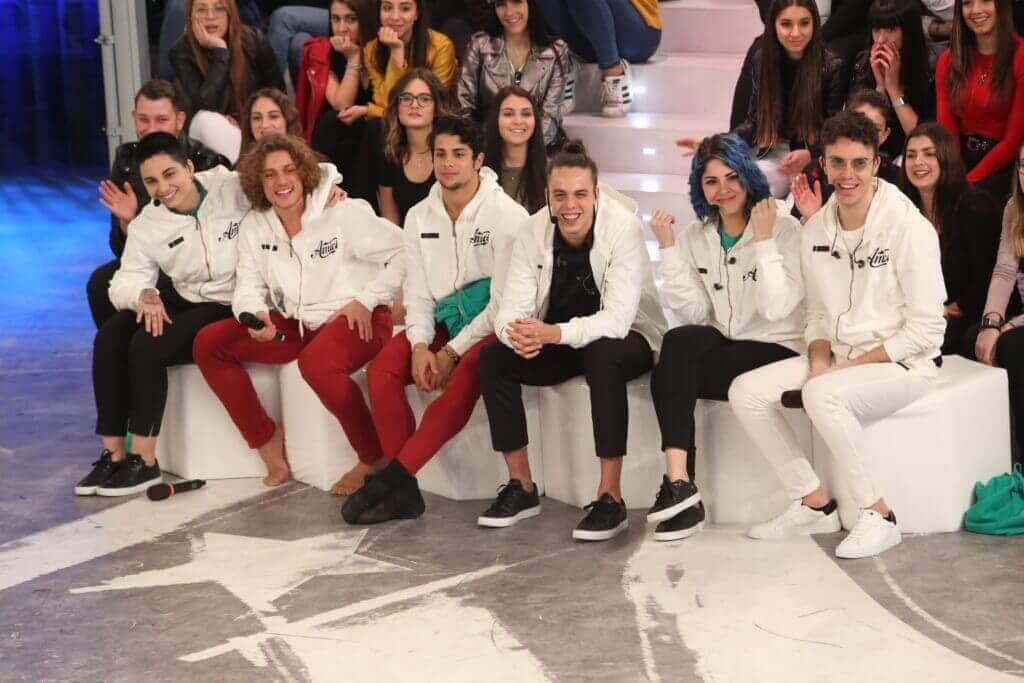 Marco Alimenti is a young Roman dancer who already has various experiences with the Brancaccio Theater and with the Sistina Theater. He did not manage, despite his talent, to get to the evening stage of talent.

Cristian Biliardi is a break dancer, he was also champion of the Red Bull BC One and together with his brother he opened a school of this particular kind of dance.

Graduated in Chemical Engineering, the genre she specializes in is hip-hop. Despite her great commitment, however, Arianna was unable to make it to the evening stage.

Anna Maria Ciccarelli, aka Mimmi, is a modern dancer but with a classic past. It was eliminated even before the evening phase of the program began.

Gianmarco was Celentano’s protégé for a short time before being eliminated from school.

is a dancer originally from Lugano, passionate about acting and singing. Among his experiences there is also participation in the casting of X-Factor.

ballet dancer among the Alessandra Celentano. Rafael reaches the final, thanks to his talent, in third place.

He is a dancer who has a great career behind him, such as winning the Grand Prix of Lausanne (2016). In the final Vincenzo ranks fourth, just behind Rafael Quenedit Castro.

is a dancer of Neapolitan origins already known to the general public for having participated in Ballando Con Le Stelle, the Rai 2 show hosted by Milly Carlucci.

Valentina it was a favorite of the professor Timor Steffens. She had previously participated as a broadcast dancer of the caliber of Dance Dance Dance and X-Factor.