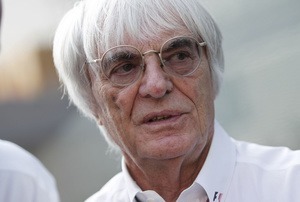 How rich is Bernie Ecclestone?

With a estimated assets of the equivalent of 2.91 billion euros the former Formula 1 boss Bernie Ecclestone is only one of the 500 richest people in the world, so it doesn’t even make it into the top 100. Nevertheless, it is remarkable how much wealth you can achieve if you drop out of school at the age of 16. For a long time, many thought that Ecclestone owned the majority in the Formula 1 circus, because after all, he was the boss of the “big picture” for over 40 years. In fact, however, a not exactly small part of his wealth comes from the sale of his shares in Formula 1.

It is thanks to his keen business acumen that he has always been her irrevocable boss for years. Because with every sale he had it assured that he would not lose any of his supremacy. Most recently, Ecclestone only held around 5% of the shares in F1 – but was always in full possession of his rights and was able to act freely as if he owned 80 or even 90%. On January 23, 2017, F1 announced that Bernie Ecclestone had been replaced by the new owner Liberty Media and Chase Carey as Big Boss. Bernie should remain as honorary president and advisor.

Bernie Ecclestone: The Road to Billions

For all his financial success, it should not be forgotten that Ecclestone, who was born on October 28, 1930 in Ipswich, England, by no means came from a wealthy background. And when he left school at the age of 16, he decided not to study, but instead worked for the municipal utilities. Nevertheless, his further career was predestined at least insofar as Ecclestone was interested in motorsport from an early age. At the end of the 1950s he also tried to take part in Formula 1 races, but was simply not fast enough to have a serious chance. But these setbacks did not deter him from his Formula 1 hobby and bought two Formula 1 teams at the same time. At this point it must be remembered that these were much cheaper at that time than they are today. On the other hand, at the end of the 1950s, Formula 1 wasn’t a machine that printed money and Formula 1 driver salaries were a real joke.

Ecclestone, on the other hand, knew that it could be if Formula 1 became more than just a racing class for lovers of well-groomed motorsport. Up until then, Formula 1 was primarily a sport for old men, and those involved had the patience, the money and the time to duel on the racetrack. If Formula 1 were to be professionalized and transformed into a sport suitable for the masses, a lot of money could be made with it. Ecclestone campaigned for the commercialization of F1, especially since the 1970s. For this it was especially important that the individual Formula 1 races could be followed by the general public, including all those who did not have the means to follow every Formula 1 race up close. The top priority for Ecclestone was therefore deals with television stations that were to broadcast the races. It was also important to find sponsors who, through their commitment, pumped additional money into the racing circuit.

As part of these measures, the now so important FOPA, Formula One Promotions and Administration, was founded, which distributed the income from the television and advertising deals to the teams. 23% of the proceeds went directly to Ecclestone, 30% to the international umbrella organization of the automobile (FIA) and 47% were distributed among the teams according to their success. Not only wins or points count, but also race laps and qualifying sessions. This division changed quite a bit in the 1990s, but Ecclestone is still at the helm of F1 today, as he still owns the lucrative television rights that make up a substantial portion of F1 revenue. The first major reduction in his rights to the premier class came in 1999 when he sold his shares and only held 25%. However, as already mentioned above, this had no effect on his status in the racing circuit, since he himself all rights kept.

Bernie Ecclestone had to pay around 1.5 million euros on the occasion of the divorce of his ex-wife Slavica, although his fortune is likely to have recovered well since that time. On the credit side, he has an apartment in Chelsea, which he acquired in 2006 for the equivalent of around EUR 8.5 million. Today the apartment is for sale – for an impressive 17.7 million euros, which speaks for Ecclestone’s business acumen. Nevertheless, it is considered likely that he should receive roughly this amount. According to MailOnline, he also significantly helped his two daughters in financing their apartments, which amounted to the equivalent of 56 million and 83 million euros. Ecclestone currently resides on a luxury property in Chelsea, London.

Ecclestone owns, according to Business Insider several intercontinental private jets and owns several luxury vehicles. This fleet also includes a comfortable and ultra-modern one Dassault Falcon 7X. With its top speed of 970 km / h, this machine is as fast as a passenger jet and easily makes the jump across the Atlantic with a range of 11,000 kilometers. Asia can also be easily reached from England with the Falcon 7X. the List price, however, is a whopping 40 million US dollars. He recently sold part of his fleet of luxury vehicles for the equivalent of around 50 million euros.

In July 2013, the Formula 1 boss was charged with suspected corruption by the Munich Regional Court. Ecclestone is said to have paid around 44 million dollars to the former board member of the Bayrische Landesbank Gerhard Gribkowsky in order to achieve a sale of the shares of the bank in the Formula 1 Holding. However, Bernie denied this allegation. The proceedings were closed on August 5, 2014 for a payment in the amount of 100 million dollars (75 million euros). In return, Gribkowsky was sentenced to eight months in prison in 2012. Could Uli Hoeneß have bought himself out as well? 😉