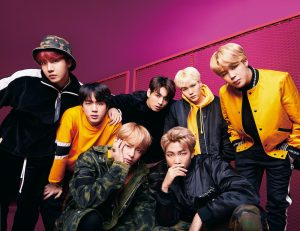 How rich is the band BTS?

BTS or Bangtan Boys is a seven-piece K-Pop boy group from South Korea. In keeping with the cliché, the first members were selected through a casting show. In the meantime they have established themselves as one of the most successful boy bands, sold millions of albums and performed on countless stages around the world. The cherished BTS assets are 50 million euros.

K-Pop debut with No more dream

The pop music industry in South Korea is known as K-Pop. As with BTS, these are mostly casted boy or girl groups that are trimmed to perfection by their respective “talent factory”. BTS consists of the members Jin, Jimin, V, Suga, RM, J-Hope and Jungkook. In 2013 her Debut single No more dreamwhich was still far from success. Even in South Korea, the single only landed at number 124 on the charts.

The competition from other Korean boy bands was fierce, many of them backed by labels with more budget and influence than Big Hit Entertainment, the BTS record company. The guys tested their own strategy and sought virtual closeness to their fans. With always up-to-date pictures, posts and live streams, they gained massive popularity, so that the following EP 2 cool 4 skool immediately became a hit. As a result, BTS was able to win numerous awards and prizes.

In 2014 they were already playing in front of 10,000 listeners in Russia Bridge to Korea Festival. Her first concert tour in Asia took place at the end of the year. With the Music video for the single Dope BTS also achieved over 100 million clicks for the first time. In 2015 the young Koreans went on a world tour for the first time and delighted numerous fans on three continents.

The year 2016 continued seamlessly with the success, the fifth Japanese single and the third part of the EP were released Most Beautiful Moment In Life. BTS played in sold out halls and stadiums in both Asia and the USA. With her album Youth The band catapulted itself to number 1 on the album charts in Japan in a very short time. With the Track Blood, Sweat and Tears they even hit the UK charts as the first Korean band. The K-pop band also reached top positions in the charts in the USA and Canada.

In 2017, the young Koreans managed to gain a foothold in the German charts. They were the first Korean band to perform at the American Music Awards in November 2017. In 2018 they played their first concert in Berlin and captured the hearts of the German fans. Also in 2018, all band members were awarded a medal for their contribution to Korean culture by the President of South Korea.

2019 were for BTS concerts only targeted more stadiums to meet the huge demand, but even these were sold out within a very short time. The earnings generated from the concerts make the cash registers of BTS ring and increase their wealth enormously. In addition to record sales, the shows that are played are the main source of income. Countless awards and accolades continued to pave the way for the South Koreans. In 2020, their live concerts were slowed down by the corona pandemic and postponed indefinitely. Nevertheless, they tried to stay present for their fans by means of live streams and diligently published new song material.

In 2019 the band gave 42 concerts and the BTS revenues were around 160 million euros. In addition to income from record sales and concert tickets, BTS members have a few other sources of income to keep growing their fortunes. All band members also have songwriting credits for their music. RM, Suga and J-Hope have also released solo music, which has resulted in a top-up on their account. Jin has been running a restaurant in Seoul with his brother since 2018. V tries his hand at acting and has appeared in a Korean film.

BTS even has a common one Apartment complex in Seoul worth a good 5 million euros. Four members also own houses and apartments worth several million euros.