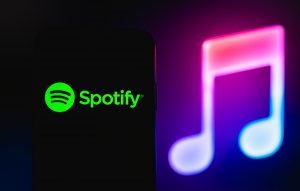 How rich is Daniel Ek?

Daniel Ek is the head behind Spotify, the world’s most famous streaming platform for music and podcasts. He had the idea for it back in 2002, and then launched the service six years later. Thanks to well-paid jobs and a company sale, he had already taken care of things at a young age and wanted to retire. The cherished Daniel Ek’s net worth is EUR 3.44 billion.

Daniel Ek owns around nine percent of Spotify’s shares. Thus, the amount of his assets is tied to the share price of his company. From April 2020 to April 2021, his assets doubled from 1.7 to 3.9 billion euros. According to this, he is one of the richest people in the world.

At the age of 13, Daniel Ek earned his living designing websites at home. In doing so, he laid the foundation for his current billion-dollar fortune. He had taught himself the skills necessary for this. Because his business was doing well, he was able to raise his prices quickly. In order to be able to continue to meet the demand, he finally recruited students from his class, which he paid for in the form of video games. At 16 he was already earning more than his father, who worked as a mechanic, at the age of 18 he was already earning a mid-five-figure sum a month and had a team of 25 employees.

Millionaire thanks to the sale of the company

In 2002 Ek graduated from high school and began studying engineering at the Royal Technical University in Stockholm. However, he broke this off after a few months in order to continue his career in the IT industry. He worked for the online auction company Tradera and was the technical director of the browser game developer Stardoll. He also founded the online advertising company Advertigo. This He sold the company to Tradedoubler in March 2006 for around one million euros.

The creation of Spotify

Then Ek actually decided to retire with the fortune he had earned up until then. After all, he had made enough money selling Advertigo and other activities. However, his plan did not last long, because it did in April 2006 he founded Spotify. Martin Lorentzon, who had previously founded and managed Tradedoubler, became his partner. Ek had the idea for a music streaming service back in 2002 when he was considering a legal alternative to illegal sites like Napster.

Millions of users around the world

After Ek and Lorentzon signed deals with the biggest record labels, they launched Spotify in October 2008. For the first three years, the service was only available to residents of some European countries, and it wasn’t until July 2011 that it expanded to the USA. In Germany, Spotify finally started in March 2012. Music streaming via Spotify is now possible in 178 countries. In the year In 2018, Spotify went public and was valued at around 23.8 billion euros. The number of users grew from around 100 million worldwide in 2016 to around 350 million at the end of 2020. The number of paying subscribers exceeded the limit of 150 million in 2020.

Billions for a football club