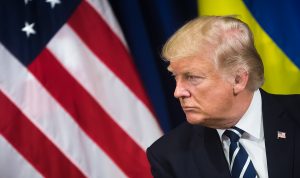 How rich is Donald Trump?

Since his election as US President in 2016, everyone around the world was talking about Donald Trump. Entrepreneur, media star, tycoon and from January 20, 2017 – January 21, 2021 45th President of the United States of America. On January 20, 2021, he officially handed over the office to his Democratic successor Joe Biden, who had won the 2020 US election against the Republican.

Trump loves to ennoble skyscrapers with his own name. But as a co-owner of the “Miss Universe Organization”, he always has a say in the selection of the most beautiful women. His wife Melania Trump was a former model and, thanks to Donald, was the first lady of the United States for four years. When a journalist claimed that Trump was not a billionaire but – just – a millionaire, the latter sought a defamation lawsuit against him. He himself announced last about a To have assets of more than $ 10 billion.

“I’m really rich.” In June 2015, Donald Trump confidently presented his wealth to the media: around $ 8.8 billion. Just a few weeks later, he revised the number up to $ 10 billion. The reason for the exaggerated presentation is probably his own view of the brand, which he valued at over $ 3 billion. Even Forbes – otherwise grateful for frank information of this kind – rowed back: the business magazine values ​​Trump’s actual fortune less than the former president himself does. According to our projections, this is in any case very realistic. The cherished Donald Trump’s net worth is 2.23 billion euros.

How much money does Donald Trump really have?

A German ancestor laid the foundation stone for the wealth of Donald Trump, who was born on June 14, 1946. Grandfather Friedrich Drumpf (1869–1918) emigrated from the Palatinate to America in 1885, where he became prosperous as a restaurateur. The name Trump became from Drumpf. His son Fred (1905-1999), Donald Trump’s father, increased the family wealth through real estate development especially in the New York area. At his death, his net worth is believed to have totaled $ 300 million. As a successful businessman, Donald Trump built it into an even greater fortune.

Donald Trump grew up in the upscale Jamaica Estates neighborhood in Queens, New York. He received his education at Fordham University in the Bronx and at the Wharton School of the University of Pennsylvania. He left the latter in 1968 as an economist with a bachelor’s degree under his belt. He earned his first spurs in his father’s business, in the real estate company Elizabeth Trump & Son. Then, in 1971, he took over the company and renamed it to “The Trump Organization”- today the holding company for a large part of Donald Trump’s real estate business.

The Trump Organization – legally a Limited Liability Company (LLC) – operates construction projects around the world. These can be found in residential construction as well as in the hotel and catering sectors. Investments also include casinos and golf courses. Several skyscrapers in New York bear the name of the main actor: the Trump World Tower, the Trump Tower (headquarters of the organization) and the Trump Building. Other buildings with the prestigious name can be found in the rest of North America and Canada. According to his own statement, Trump flushed it alone Licensing his name just under $ 10 million into the cash register – within a year.

Trump as a brand

Donald Trump successfully applies his name as a brand to a wide variety of products. Trump Ice bottled Water, Trump Chocolate, Trump Vodka or Trump Steaks … to name just a few. With 17 published books he also celebrates successes as an author. Occasionally he appears as a speaker for the renowned New York training institute “The Learning Annex”, the The fee for a one hour presentation is $ 1.5 million.

With a sense of self-irony, Donald Trump repeatedly appeared on television, including in well-known sitcoms such as “The Nanny” or “The Prince of Bel-Air” alongside Will Smith. He was immortalized as a cartoon character in Matt Groening’s animated series “The Simpsons”. His own show “The Apprentice”, in which candidates can apply for a managerial position in the Trump empire, is also legendary. As the series became more successful, the host’s initial fee increased from $ 500,000 to $ 3 million per episode. In July 2015, Trump stated that from NBCUniversal a total of more than $ 213 million in salary to have received.

In mid-June 2015, Donald Trump announced himself as Republican candidate for US President election to apply in November 2016. He had already been politically active, but with a changing party membership. Hillary Clinton benefited from the wealth of the entrepreneur for many years. The former First Lady and New York Senator was supported by Trump on several occasions; the foundation named after her even received a donation of $ 100,000.

On November 8th, 2016 Donald Trump was elected as the new President of the USA, making him one of the most powerful men on earth until at least 2020. On January 20th, 2017, the last US President Barack Obama was officially replaced. According to his election promises, Trump also wanted to build a good relationship with Vladimir Putin and smooth out the tense situation between Russia and the United States. It has long been known that his family also benefits, because his daughter Ivanka Trump was an adviser in the White House. However, it should also be mentioned that Donald Trump’s candidacy also cost a lot of money. Because of his expensive election campaign, his fortune has shrunk by $ 600 million.

The 2020 US presidential re-election was against his Democratic opponent Joe Biden aimed at. On November 3, 2020, the most exciting election in America was held, because the announcement of the winner Joe Biden lasted until November 7 and was extremely close.