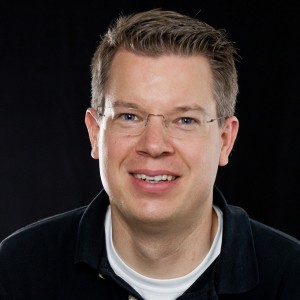 How much money does Frank Thelen have?

Frank Thelen is best known from the VOX TV show “Die Höhle der Löwen”, where people with business ideas and startups are looking for investors (referred to as “lions” on the show “). Frank sat at the side of other investors. Among others Judith Williams, Carsten Maschmeyer, Ralf Dümmel and Dagmar Wöhrl. Together, the lions invest in her Private wealth or that of your investment firms into new and also profitable ideas. In spring 2020, the seventh season of the show appeared on the German TV station VOX, making it the last appearance by Frank, who would like to devote himself to his startups and less to the TV screens.

VentureTV quite unabashedly asked Frank Thelen how high his wealth really was. Frank replied that he can claim to be a “multimillionaire”. The cherished Frank Thelen’s fortune is 25 million euros. How much money he has in his account and how much of it he has invested in other startups, however, can only be speculated very vaguely. In any case, it is clear that his fortune continues to grow. With smart investments, he continuously increases his profit. In 2012, Chancellor Angela Merkel even presented Frank with the “Microsoft Innovate4Society Award”.

In 2018 the Bonn native published his first book “Startup-DNA”, which quickly got into the bestseller lists and tells his own life. His second book “10xDNA” was published in 2020, which is increasingly about future technologies.

Where did Frank Thelen’s fortune come from?

The investor has already founded many companies and has also invested in many other companies. The goal is always the so-called exit. So the profitable sale of the company, so that the stake is ideally multiplied. The investment or the start-up does not always work out. For example, he had to crash-land for a short time with his app startup “doo” before they could use the successful scanner app “Scanbot“Reinvented.

With his holding company Freigeist (formerly E42) he put with his business partners Marc Sieberger, Alex Koch, Christian Reber and Marcel Vogler among others the following exits there:

Frank Thelen has the following participations actively with free spirit or alone:

Frank Thelen as a den of the lions investor

The Lion’s Den has been broadcast on VOX since August 2014. Frank Thelen has been there since the first broadcast and accompanied the show as a juror for over seven seasons until 2020. While several jurors changed over the years, he was next to Judith Williams the only constant in the first seven seasons. In the eighth season, racing driver Nico Rosberg takes Frank’s place. Frank Thelen will certainly do it again invest wisely and thus spend your assets in the short term. However, in the long run, it will increase his wealth many times over.

In addition to the direct company investments, Frank also holds many campaigns from a wide variety of tech companies and thus continues to increase his assets. His largest equity position is in Elon Musk’s Tesla, which of course he also drives a car. Thelen also owns Aktion from the investment companies Tencent and Softbank. The former DHDL lion is also invested in Crispr and Illumina in the area of ​​DNA research. He also held a substantial block of shares in Wirecard, which became worthless relatively quickly due to the big crash. Thelen burned a lot of money with Wirecard and also criticized Finance Minister Olaf Scholz publicly in the harshest terms.