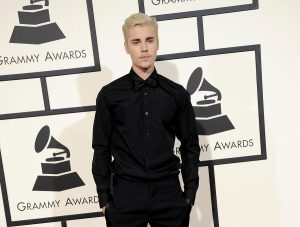 So-called super fans are ready for a lot. Among other things, for paying huge sums for admittedly somewhat strange fan articles. But in return they get a little closer to their idol. However, some fans hardly know any limits in their fan love And don’t be afraid to buy old Britney Spears chewing gum or Justin Bieber’s hair. Quite a hairy affair! So we reveal how much the hair of which stars from the music business is really worth.

That was what fans paid for the stars’ hair

It should have been clear that a real Beatle’s hair wouldn’t be cheap. John Lennon himself is said to have been worth over 700 million euros during his lifetime. Thus, the value of his head of hair can be classified as cheap at 31,175 euros. The former hairdresser of John Lennon, who had kept the Beatle’s hair for many years, was able to look forward to this sum. At an auction in Dallas, Texas, a loyal fan from England secured his idol’s hair.

Willie Nelson reportedly gave away his world-famous braids at a party hosted by June and Johnny Cash in 1983. These braids turned out to be a very generous gift in 2014, as they were auctioned for 32,950 euros.

While Justin Bieber even at such a young age 178 million euros should be heavy, have brought in his hair at least 36,250 euros. The US comedian and talk show host Ellen DeGeneres was involved in this weird action. Because she had tweeted, more or less for fun, that she really wanted Justin’s head of hair. During a visit to her talk show in 2011, the singer promptly presented her with a clump of his hair and asked her to sell it and donate the money to a good cause. In the end, the eBay auction resulted in an impressive sum of 36,250 euros. All of the proceeds went to an American animal welfare organization called The Gentle Barn Foundation.

Even the hair of one of the most famous composers of all time, Wolfgang Amadeus Mozart, has become an expensive collector’s item. Even experts didn’t have one like that high price for a lock of Mozart expected, which at least brought in more than 57,000 euros at an auction. With an auction price of only 11,000 euros, Beethoven’s hair, on the other hand, was a real bargain.

However, it was Elvis Presley’s hair, which even cracked the 100,000 euro mark, who shot the bird. After all, the king of rock’n’roll was known for his head of hair even during his lifetime. Whereas Elvis, who died in 1977, himself an estimated fortune of good 267 million euros his personal hairdresser and loyal friend, Homer Gilleland, could still earn some pocket money with a few locks of the King’s hair. Mozart’s curls went to the highest bidder at an auction in 2002.