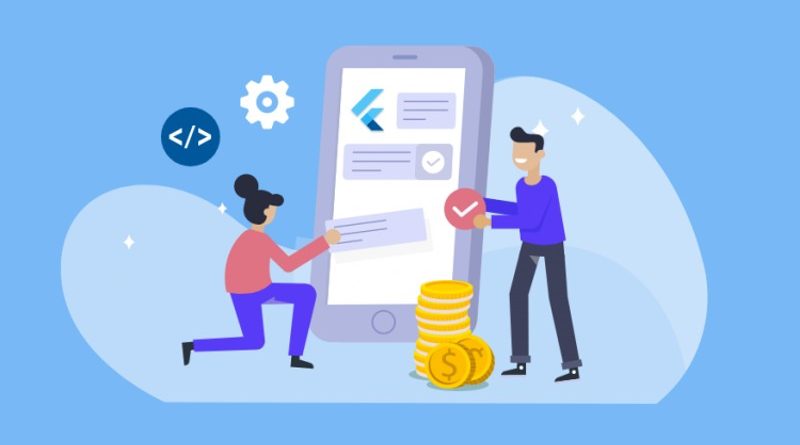 According to predictions, more than 7.1 billion mobile phone users will be in 2023. Businesses and app developers now have a chance to turn their attention to a rapidly expanding market.

It’s also logical to create an app in this day and age, given how prevalent they are. eMarketer’s research suggests that 90% of smartphone users’ time is spent on apps.

To get an idea of how much it would cost to develop an app with a wide range of features, you may use one of the many App Cost Calculators accessible online. Smaller apps with only the most basic capabilities can be purchased for anywhere from $10,000 to $50,000.

People who make apps charge different prices for their work, and the length of time it takes to make an app also plays a significant role in the cost of making an app.

The mobile app development trend will continue unabated, and if you want to take your company to the next level, a mobile app is your ticket to the front-row seats.

How much does it cost to design a mobile app?

Business models are critical for mobile app development in today’s competitive environment, as we use several apps regularly. These models ultimately influence the price of an app’s creation. A thorough analysis of your complete company strategy is necessary before determining how much an average app development costs.

So, what precisely is a Business model?

Many different variables go into creating a successful business model, such as establishing your target audience and their pain spots, giving better solutions, making it a direct source of money through sales, etc., and most importantly, recognising that your client is what matters most in your business model, and prioritising their demands.

Over the years, eBay has lost market share due to a lack of understanding of its customers. eBay, for example, was unable to gain the confidence of its clients because it put quantity ahead of quality. Although it could not compete with Walmart and Amazon’s exclusive releases, it was also unable to create a foothold in the market.

Every aspect of your business strategy impacts the overall cost of your mobile app development project and the sort of app you wind up building. Not product innovation but innovation in business models separate the market takers from the market producers.

The type of app

The sort of app you’re producing is the first thing that impacts the price of development. There are several app kinds, and each of them demands a particular set of features that define its development cost.

Your app could fit neatly into several subcategories, such as games or music. The price of your app will fluctuate according to the category. More than 21% of active iOS applications were in the Games category. The second most popular category was Business.

Following the Stair-Step Approach to building a mobile app is critical since the route to success begins with a straightforward step. For example, Instagram was first made available to Android users in 2014, four years after it launched on iOS in 2010. In a perfect world, an app for both platforms would be developed simultaneously, but it would be both expensive and unsafe.

Choosing a platform is, therefore, an important decision at this time. The following iOS vs Android comparison provides the answer to this problem:

An app platform with three possible customers instead of one is a significant distinction to consider when choosing a venue for your app.

The complexity of the development

When deciding which platform to use, the issue of fragmentation must be taken into account. Even though just a tiny percentage of Apple’s iOS devices are running the most recent version (iOS 11), the company does have a large number of iOS devices that are fully updated. In contrast, many Android-powered smartphones and tablets have varying screen sizes and aspect ratios.

You need to make sure that your software is compatible with all of them. Furthermore, there is no operating system on the Android platform that is utilised by more than half of Android device owners.

The means of publishing

It’s safe to assume that iOS applications are more quickly and less expensively created. When your app is finished and ready to be released to customers throughout the world, one more step must be taken before it can be made available in the app store, which increases the overall cost of app development.

Without a lengthy and rigorous vetting procedure, it costs $25 to add an app to the Google Play Store. In addition, Google Play Store receives a 30% share of any sales made through the app once it’s accessible.

On the other hand, the Apple Software Store requires a $99 yearly fee for your app to be approved. A 30% commission of any purchases made via the applications goes to you. Because of this, Android has an obvious advantage in the publication process.

In the end, smartphone apps are a commercial venture. Your app’s principal function and target audience are critical in determining which platform to use. First and foremost, you must have a well-developed marketing plan to succeed.

The complexity of the app

The complexity of an app is directly proportional to its development cost. Apps may be broken down into three primary groups based on their level of sophistication.

The term “basic” refers to programmes that don’t require access to external data servers. Calendar applications and diet plans are two examples of this software, with development expenses ranging from $1,000 to $4,000.

Web-based applications: Apps that store data on remote servers and need more complex coding are becoming increasingly common. Apps like these can cost anything from $8,000 to $50,000 to design.

Setting a price on these apps is challenging because they range from simple to complex virtual reality applications. However, a general estimate of the cost would go from $6,000 to $250,000 or more.

The capabilities of a mobile app have almost no upper limit these days, thanks to rapid advancements in mobile app technology. It’s a lot like planning a house for app development costs. The price of the programme you want to develop continues rising as you add additional features. As a result, there is no fixed cost; it can range from a few hundred dollars to several million dollars.

Preliminary Cost Estimates for Several Core Features. An awareness of app development principles, features that may be added, and technology supporting them is essential when preparing an estimate for a project.

We’ve covered a wide range of elements that influence the cost of app development. However, who you employ is essential in deciding the cost of developing an app. There’s a good chance you’ll spend more money in the long run if you hire freelancers and newcomers. You may locate many freelancers online, but you should be wary of their qualifications and track record.

A successful mobile app relies on experience and a guarantee. Despite this, large corporations and skilled coders charge more than freelancers. They can handle all of your mobile app-related concerns. It also allows them to become familiar with the company concept.

While working with an experienced mobile app development company may cost extra, the project will be completed on time and with high quality.

Mobile app development costs in 2022 will be influenced by various factors, including the type of app, the development platform, the developer’s location, the app’s complexity, and other aspects. If we are to look for the overall average cost, then it will fall between $5,000 and $1,000,000.

Also, it’s worth noting that functionality and developer skill level influence the time it takes to construct a mobile app; estimates range from 200 to 5000 hours. Pre-research, app creation, app testing, and app maintenance are all steps of the mobile app development process.

You should now be able to develop a comprehensive and high-quality app that fits within your expected budget.

Read Also: How does AI work for Mobile App Development?