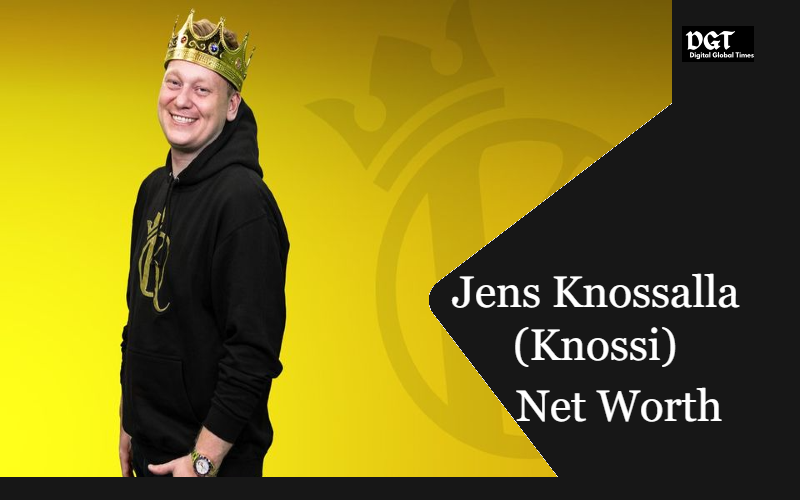 Jens Heinz Richard Knossalla is an entertainer from Germany who is known by the nickname “Knossi”. He appears in various television formats and as a live streamer on Twitch with his trademark, the crown. Knossalla likes to call himself king. Knossi’s estimated net worth is $ 2 million.

In July 2020, Knossi (Jens Knossalla) and Sido organized the fishing camp, a live stream on Twitch that lasted 72 hours. At times over 300,000 viewers were watching – a new German record on the Twitch streaming platform. In October, the two broke their record with the horror camp, even with 336,000 simultaneous viewers.

The career beginnings of (Jens Knossalla)

The German entertainer was born in Malsch in 1986. Little is known about his career. The successful streamer initially trained as an office clerk. He started in the media with supporting roles in the daily soap Gute Zeiten, Schlechte Zeiten and TV court programs. In 2011 the German broadcaster ProSieben organized a casting show. At PokerStars is looking for the PokerAss, Knossi landed in the first place – his breakthrough and a milestone in his young career.

Knossi (Jens Knossalla) is an entertainer who is active in many fields. At first, he played in numerous television formats. K11, GZSZ, Joko and Klaas or Promi Big Brother are just a few of his TV appearances. As an accomplished poker player, Knossalla regularly reports on tournaments for PokerStars and PokerToday. A separate column in the poker magazine Pokerblatt rounds off his activities in this area.

Knossi is one of the most successful German streamers on the popular Twitch platform. More than 1.2 million followers will follow him there in 2020. On the popular video platform YouTube, he also cracked the 1 million mark. A not inconsiderable part of the revenue comes from these platforms. The focus of the streaming is online games, talent and talk shows. In the past, Knossalla interviewed guests like Sido and Pietro Lombardi on his channel. The income from his activity as a streamer comes from advertising, donations from fans and collaborations.

Income from prize money in poker

Knossalla gained notoriety through his win on a poker show. Knossi (Jens Knossalla) was able to generate its first income through poker. At a live tournament in Las Vegas, the German landed 240th out of 6352 participants. For this placement, he received prize money of around 31,000 euros. To date, Knossi has earned around 42,000 euros in poker income from live tournaments. There are also winnings at online poker.

Knossalla generates additional income from various business areas. Fans can purchase clothing and accessories in the Knossi Shop. Cooperations with sponsors such as Whow or the Warner Music Group flush further income into the entertainer’s coffers. The streamer does not provide any information about the financial strength of the cooperation.

Knossalla has also released two singles that were briefly in the top 100 of the charts. The entertainer’s first book will be on the market in October 2020 and will generate further income: Knossi – King of the Internet: About my rise and success as a streamer.

Knossi lives in Baden-Baden, Baden-Württemberg. The marriage with his wife Tamara was concluded in 2013. Since 2019 the streamer and presenter have been the proud father of a young son named Elia. In 2020 Knossi announced the separation from his wife, he told his viewers in the live stream that it was a very hard time for him.

One thought on “Jens Knossalla (Knossi): Net worth & earnings of the Twitch streamer”