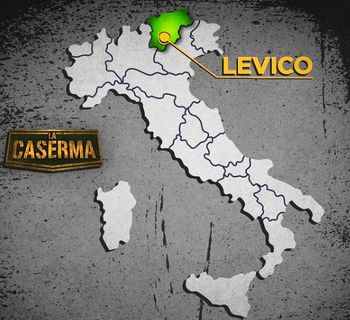 The Barracks 2021: all the Rai reality competitors and participant cards of the new program starting Wednesday 27 January on Rai Due. La Caserma replaces Il Collegio in the Rai schedules in the coming weeks: unlike Il Collegio, the competitors of the new program have an age ranging from 18 to 25 years. The format of the program is known: the protagonists will have to wear real military uniforms and step into the shoes of cadets of an academy. Competitors will literally be catapulted back in time, in 1917 precisely, that is, during the period of the WWI, far removed from the comforts and well-being of modern times.

Seen the historical period in which the reality show is set, the producers wanted to stick to reality in the best possible way and have decided that on the barracks there will be the Austro-Hungarian flag, as the program is set in Levico Terme, that is a town in Trentino Alto Adige, and in 1917 that area was just under the Austro-Hungarian rule. The young contestants will therefore have to survive in a rather harsh climate, characterized not by requests but by orders, among other things dictated in the Teutonic language. The cadets will therefore be forced to face tests of strength, endurance, skill and courage in order not to leave the program.

The competitors de The Barracks, they are all young boys aged between 18 and 23. Here are the names of all competing recruits participating in the program: 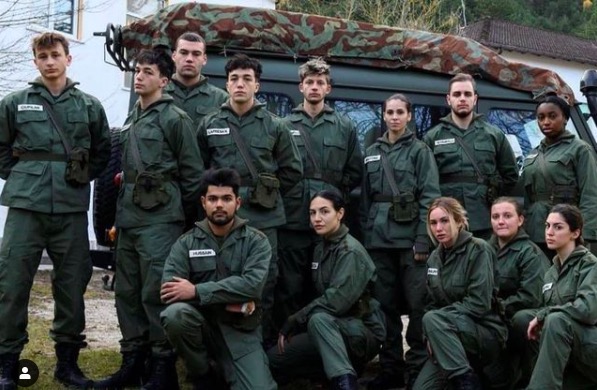 George Ciupilan George is a young man influencer, of Romanian origin, former competitor of the fourth edition of the College, currently boasts well 565 thousand followers on Instagram and more than one million of followers on TikTok. He considers himself the leader of the group!

Lapresa Twins The Lapresa Twins, at the registry office Nicholas and William Lapresa, are two young influencers of Bolognese origins, for them this is an excellent opportunity to get noticed in the world of television.

Naomi Akano Naomi is a young girl emerging youtuber that with her contents she is conquering the web, we don’t have much information about her, it will be possible to get to know her better during the program.

Antonio Gennarelli Originally from Naples, he practices Parkour and has always dreamed of wearing the military uniform! He currently works occasionally

Luca Ferettini 18-year-old Aspiring Rapper is an economics student. He loves to travel and tends to get angry

Alessandro Badinelli 22 years old, Alessandro is employed in a fast food restaurant. He lives at home with his mother and grandmother

Erika Morning 23 years old, she has a degree in Legal Services Sciences. She is openly Lesbian and is engaged to Martina Tammaro. Together they created the page “The pearls of homophobes” and have repeatedly stood out for the rights of the LGBT community thanks to their Instagram activity.

Martina Albertoni He is 19, his character is a dreamer and he wants to work on cruise ships. One of its hallmarks is that it is very messy!

Linda Mauri 22 years old is a model and a student. She loves sport and is very successful among her peers being very courted

Elena Santoro 21 years old is a student. In the family the parents are both military so his passion for the uniform is inherited and he wants to make his parents proud

Alice Paniccia 23 years old, Alice is a yoga instructor. Likes to have male friends and dislikes imposed rules and orders

Omar Hussain 23 years old is a student who loves reading and studying. He plays the piano and sings, he is an aspiring musician. 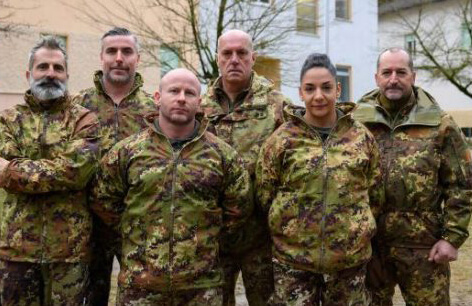 Renato Daretti is the Chief Instructor of La Caserma, he is the one who has welcomed the boys and who takes care to maintain discipline together with his fellow trainers. Renato Daretti is President of an important association: the National Army Raiders Association. He is also president of the Advanced Training Solution course which is practiced by all those who have to accustom the body to extreme or different conditions. In fact, among his best known students we have the Astronaut Samantha Cristoforetti. Finally he was the Lieutenant of the 9th Col Moschin parachute assault regiment of Livorno.

Simone Cadamuro is a retired soldier (it means that he has fulfilled his obligations military, such as military service military or termination of service as a volunteer or effective permanent service within the armed forces) and currently his job is in a company that produces glass. However, Simone does not seem to have forgotten the military training, the rules and the life of the Barracks, which he regularly reminds the boys of the reality show.

Germano Capriotti was a colleague of the head instructor of La Caserma Renato Daretti. His life is shrouded in mystery, we know that he worked in Sardinia.

Deborah Colucci lives in Rome and is a military trainer and athlete of the Spartan Race, very hard tests of physical endurance that divide into three categories. Her physical preparation required an extremely perfect discipline and for this reason Deborah is a very attentive trainer of La Caserma and eager to enforce discipline and order in the boys.

Also Giovanni Rizzo, instructor of La Caserma, comes from ninth regiment Col Moschin where he was raider. His perseverance and determination lead him to be one of the most feared instructors in the program. Among other things, he was involved in “stripping” the recruits of superfluous objects: piercings, cell phones and everything that is not suitable for military training.

Salvatore Rossi deals with specific physical and athletic training: he is in fact a specialized personal trainer in Survival jujitsu. Salvatore Rossi of La Caserma is originally from Naples and is the only one who has not had a real military career

The docureality is set in a beautiful setting or a Levico Terme, more precisely in a historical property or Villa Sacro Cuore of Santa Giuliana, a famous resting place during the summer holidays for parish groups or pilgrims. Obviously, during the tests the young cadets will come out of the walls of the villa to deal with the dense vegetation that characterizes the neighboring woods, they will visit the Fort of Benne, THE woods of Santa Giulito and other localities of Levico.

The Barracks begins Wednesday 27 January at 9.20 pm on Rai 2. The program is broadcast for 8 weeks for a total of eight episodes.