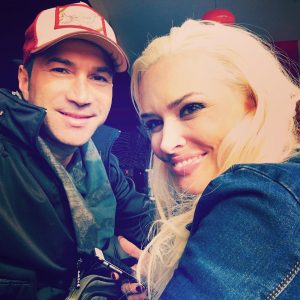 How rich is Lucas Cordalis?

Lucas Cordalis earns his living as a composer, music producer and singer. He was born on August 7, 1967 in Frankfurt am Main. He became known from 1997 with the song Viva la noche. This song was a joint production with his father and sister. Lucas has been in a relationship with Daniela Katzenberger since 2014, and the two have been married since June 4, 2016. The cherished Lucas Cordalis’ net worth is 5 million euros. In 2022 he will move into the RTL jungle camp with Harald Glööckler, among others, and provide plenty of talking point.

Rise to a successful singer

When Son of the world famous singer Costa Cordalis († 2019) his singing talent was recognized early and promoted accordingly. Lucas appeared at a young age as a chorus singer in Costa’s songs, including the well-known song Anita. Lucas Cordalis re-recorded this hit in 2020 and is clearly following in his father’s footsteps.

the Breakthrough came with the song Viva la noche, this was given among other things in the ZDF television garden or in the ZDF hit parade for the best. From 2002, Lucas Cordalis was mostly on Mallorca. He has his record label on the Spanish island Supersonic Entertainment Mallorca founded and built his own recording studio.

Meanwhile sold over 10 million records, in which Lucas Cordalis was involved and made a fortune – for example as a songwriter, composer or in production. This has also resulted in numerous gold and platinum awards. In the in-house studio on Mallorca, Lucas has already worked with stars like David Hasselhoff and DJ Bobo as a producer and remixer.

His father Costa Cordalis took part in the television show in 2004 I’m a Celebrity, Get Me Out of Here! part, this has Lucas the single Jungle king produced. The single stayed in the German top ten charts for over eight weeks. That was also a financial success.

Lucas Cordalis in many TV shows

In order to further increase his awareness, Lucas Cordalis took part in numerous TV programs. First he was in the 2004 broadcast Star duel from RTL To see, this was a singing competition in which nine other stars besides Lucas participated. The jury consisted of Nina Hagen, Caroline Beil, Roberto Blanco and Daniel Küblböck. The show was moderated by Sonja Zietlow. The show was not a great success, which is why it was canceled early.

In 2014 he took part in the ProSieben celebrity boxes part and won against Marcus Schenkenberg. The following year he joined TV Total Wok World Cup on. In 2018, the singer was also a participant in the second season Global gladiatorswhich he even won. In 2019 he participated beat the celebrity part, where he faced Paul Janke and the Won a prize of 100,000 euros. In 2020 he and his wife were seen dressed up as a meerkat on the Pro7 show “The Masked Singer”.

He is mainly present in the media because he works with the Model Daniela Katzenberger is married. His wife is not only a model, but also a writer, singer and reality show actress. Lucas Cordalis is of course also used in the shows with the cat. Daniela’s media presence also benefits her husband. The cat’s debut album was released in 2016 with Lucas Cordalis and debuted at number 81 in Germany. Her first single was released in 2010 and reached number 19 in Germany.

Furthermore shows Lucas posted the latest insights into his life on Instagram, which means he already has over 500,000 followers. Of course, Daniele Katzenberger is also present on social media channels, the couple knows how to present themselves. He gained a lot of attention in 2020 with a song he shared with Daniela Katzenberger on Instagram about the coronavirus issue. In any case, we will certainly continue to see a lot more about Lucas Cordalis and his cat on TV and the Internet.