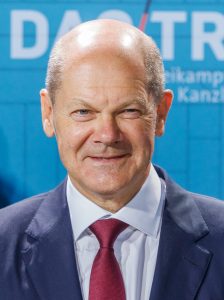 How much money does Olaf Scholz have?

At the end of September 2021, Olaf Scholz entered the Bundestag election as the SPD’s candidate for chancellor and won it with 25.7% of the vote. The experienced politician was crowned the new Federal Chancellor, replacing Angela Merkel. Before that, he was Federal Minister of Labor and Finance and Mayor of Hamburg. However, his efforts to be elected federal chairman of the SPD in 2019 failed. Still, he is one of the most popular politicians in his party. The The estimated fortune of Olaf Scholz is around 4 million euros.

As a top politician, Olaf Scholz has received remarkable remuneration for his activities for many years. With a one-year break, he was a member of the Bundestag from 1998 to 2011 and has been again since the Bundestag election at the end of September 2021. When he entered parliament, he initially received a monthly parliamentary allowance of around 6,300 euros gross. Since July 2021, the diets have been a little more than 10,000 euros a month. In addition, there was a monthly flat rate of around 3,200 euros (1998) or 4,500 euros (2021).

In 1975, while still at school, Olaf Scholz joined the SPD. He passed his Abitur in 1977 and then studied law at the University of Hamburg until 1984. In 1982 he became the deputy federal chairman of the youth organization of the SPD, the Jusos. He held this office until 1988, when he was already working as a lawyer. In 1990 he founded the law firm Zimmermann, Scholz & Partner in Hamburg with Gabriele Zimmermann. There Scholz specialized in labor law.

From 1994 to 2000 Scholz was chairman of the SPD district association in Altona, after which he was chairman of his party in Hamburg until 2004. From 1998 to 2001 he was also a member of the Bundestag. In May 2001 he suspended his mandate to become Hamburg Senator for the Interior. In this position he succeeded Hartmuth Wrocklage, who had resigned. Since the CDU politician Ole von Beust was elected Hamburg’s new mayor in September 2001, Scholz’s work as interior senator ended at the end of October 2001.

Scholz returned to the Bundestag in 2002 and became general secretary of the SPD in the same year. However, he resigned this office in March 2004. After the then Labor Minister Franz Müntefering resigned in November 2007 for personal reasons, Olaf Scholz became his successor. After the federal election at the end of October 2009, a government was formed without the participation of the SPD, which is why Scholz was unable to continue in office. Instead, he was elected deputy federal chairman of his party in November 2009.

In February 2011, Scholz stood up as the top SPD candidate for the Hamburg state election. His party won an absolute majority and Scholz became Hamburg’s first mayor. In February 2015, the SPD lost its absolute majority, but Scholz was nonetheless confirmed in his office. When he had the prospect of becoming part of the federal government in the wake of the 2017 federal election, he resigned as Hamburg’s mayor in March 2018 and became Federal Minister of Finance.

Not a party chairman and still Federal Chancellor

In February 2018, Scholz became federal chairman of the SPD after Martin Schulz resigned from this office. However, it was agreed from the outset that Scholz would only take over the chairmanship on a provisional basis until Andrea Nahles was elected as the new SPD federal chairman in April 2018. For the election for party chairmanship in 2019, Scholz ran together with Klara Geywitz. However, the duo lost to Saskia Esken and Norbert Walter-Borjans in the runoff election. The two proposed Scholz in August 2020 as the SPD’s candidate for chancellor for the federal election at the end of September 2021. Scholz won the election in a head-to-head race with 25.7% against Armin Laschet and the Union (24.1%) and entered coalition negotiations with a broad chest.