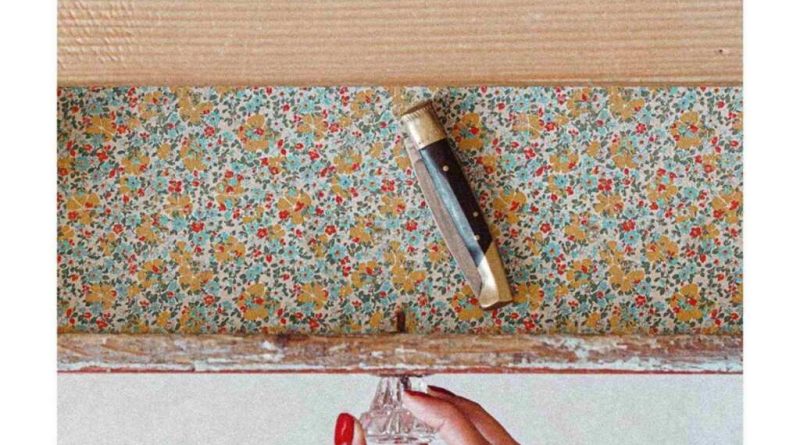 Ilaria Porceddu She is back. Three years after I’m talking about this, the Sardinian singer-songwriter has released a new single and is preparing to release her fourth album of unreleased tracks. Here’s what he told me during our chat.

I am having a beautiful time. It has now been almost a year since my return and can you believe that I have not regretted even for a moment of having made this choice? I finally started breathing again, so I would say that I have achieved my goal. 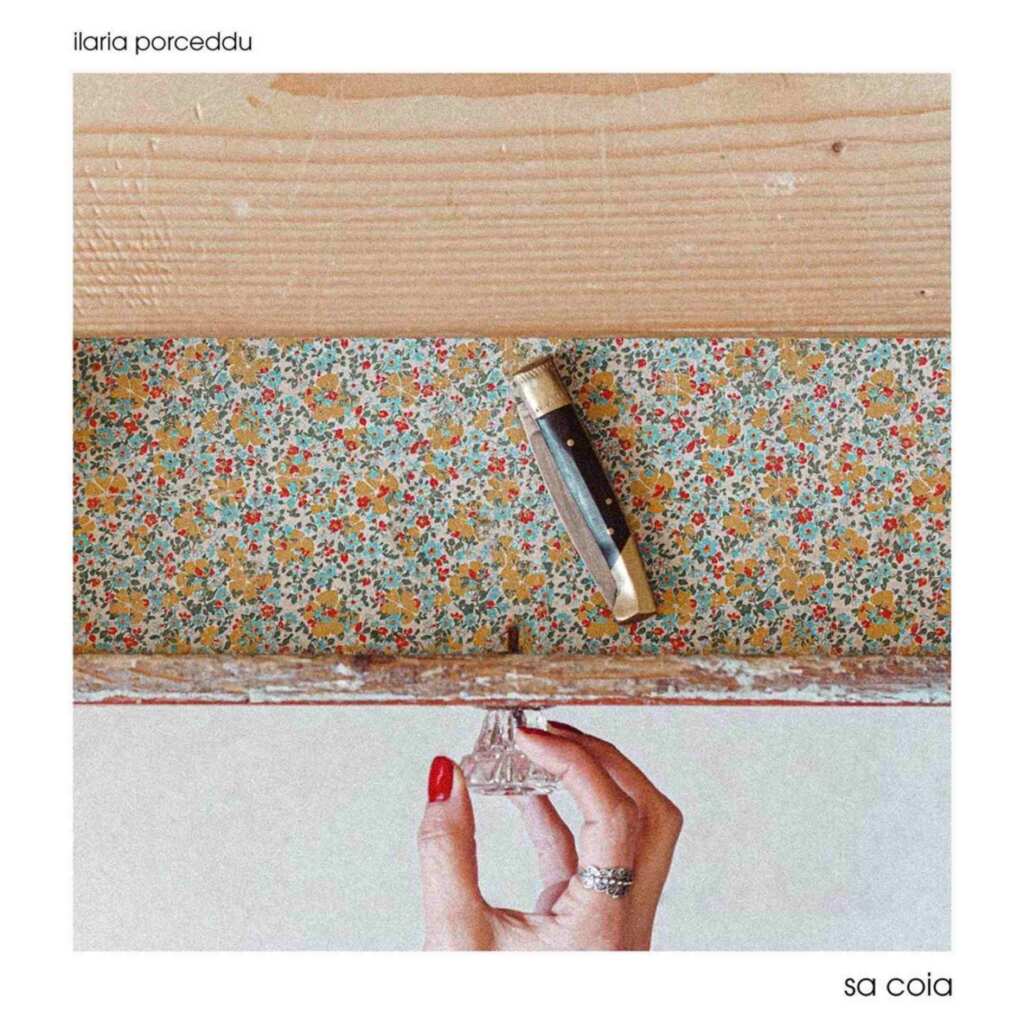 The song, sung entirely in Sardinian, tells the various phases of a wedding, from the beginning up to the fortieth anniversary. How it was born Sa Coia?

It was born for fun. I was invited by Emanuele Contis to the MedInArt Festival in Samassi, a village in the middle of the Campidano area in Sardinia, two years ago. He told me that the intent of that event was the interaction between artists and the community. For this he sent me many poems among which I would have to choose one to turn into a song. I chose Sa Coia. Unwittingly, a piece of my heart came out that I started to put into my live shows. From here, after a recording made during the concert with which I celebrated my return to Cagliari at Palazzo Siotto, I decided to find a way to share it with as many people as possible thanks also to the Siotto Foundation Production and the support of Emanuele Contis.

In truth, the link with your land is evident in each of your productions, just think that in Sanremo, in 2013, you sang In balance, in which some verses are in Sardinian. What memory do you have of that experience?

Very beautifull. Above all for the fact that, having never had saints in heaven, the greatest thanks I had to do exclusively to my work team and a little to myself. And then Sanremo is Sanremo, I think anyone can understand the lack of breath on that stage. 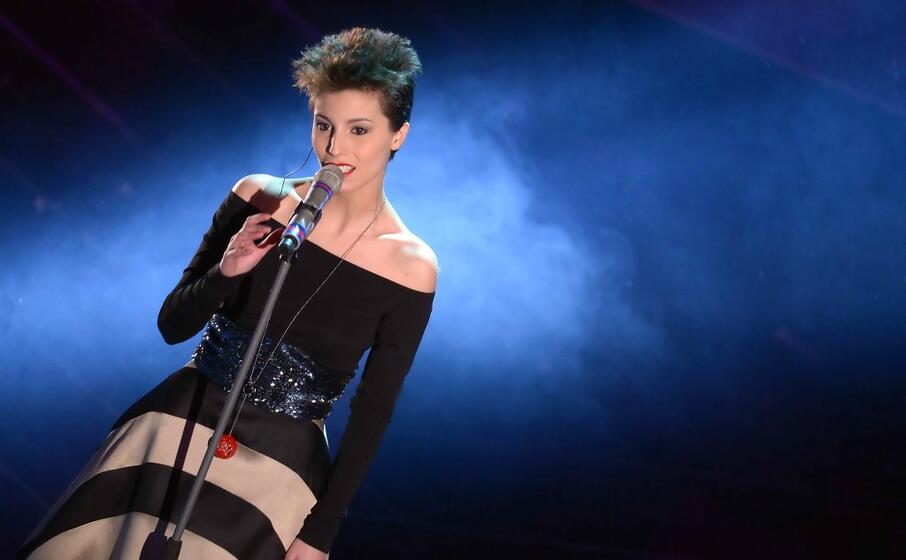 Ilaria Porceddu on the stage of Sanremo in 2013

Let’s stay in the past: in 2008, at just twenty-one, you took part in the first edition of X-Factor. What would you say today to Ilaria then, if you could talk to her?

Let it Be. Or “Come on, Ila, loosen up a bit.” I was very stiff. The conviction of having to prove that you are always up to it, at twenty, is a big boulder. Think, I’m a lot more yeah yeah now that I’m thirty-two than when I was twenty. 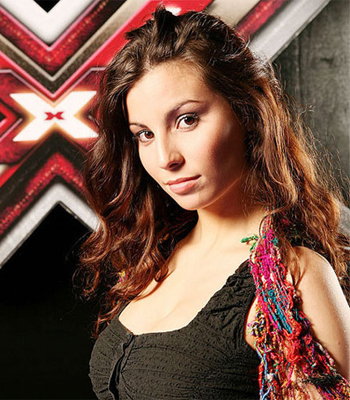 Music has changed dramatically over the past decade: when you attended X-Factor, the talent was in its infancy and the guys from TV were viewed with a certain suspicion. Today, ten years later, records are selling less and less and Spotify seems the only salvation for those who make music. Do you say my view is too pessimistic?

No, it is not at all pessimistic. It is realistic. I believe that at this moment we have to find real alternatives to selling records to continue doing this job. First of all, playing live. After that, a crisis always results in a rebirth (or so they say), so I’d like to think that this difficult moment may be the right time to really do what you are rather than what they tell you to do. In any case, selling does not sell the same, at this point live the freedom to risk it with your own truths.

In this last period, however, there has been a lot of talk about show business workers, in particular musicians and all the workers who work behind the scenes: because, in your opinion, it is still so hard to perceive art as a profession. ?

Because art is about the soul. And if we consider that going to therapy to a psychologist is still considered something “more”, something that concerns a spoiled being or a fragile being, and not a physical and mental need to live better and consequently be a more productive within a society, let alone how abstract stuff that cures the soul like music can be taken as necessary. Like someone who works in front of a counter, has a fixed salary and is recognized by the state, we too use the hours of the day to produce (without considering the hours we spent in the studio to then get to produce). Yes, of course, we have chosen this life. We have chosen not to have a fixed salary and have no certainties. But we caress the soul, or at least we try. And then we did it precisely to make “a lot of fun and excitement”, which is no small feat (laughs, ed).

Now tell you some words, I wish they were a starting point to tell me what comes to mind. Let’s start with the first: Rome.

Messed up mother. Rome is like those mothers who would like to give everything to their children and then “don’t know who to leave the pieces to.” So you love her, you recognize her affection but then you have to fend for yourself.

The second, in truth, is a name: Lucio Dalla.

When I think of him, I imagine a swallow that flies free, observes the world and collects its essence and then tells it with pirouettes in the air, like those of his voice and his words. Light and full.

I have said many no in my life, but I also accepted some compromises when I was very young, only to discover that it would have been better not to. Like singing a song that you absolutely have to sing because it’s perfect and then it’s not perfect at all. Here you are. If I am to have recognition, I want it to be for something that belongs to me. If I have to fail, I want to fail with something that belongs to me. As for other types of compromises, I can only say that I look in the mirror every day proud and proud (with some dislike and some bad words that I quietly turn my back on).

Your audience is wondering when your fourth album is coming.

Here are some point blank questions: if you were a song, which one would you be?

The coldest place in I Cani.

If I were a book?

If you were a movie?

La Science des rêves / The art of the dream by Michel Gondry.

If I asked you to describe yourself with a line from one of your songs, which one would you tell me?

“My name is not girl nor pussy, my name is not love because you decided it”, but it is a song that you still do not know!

We always end our interviews with this question: we call ourselves Digital Global Times and for us the word POP has a positive meaning, it represents something beautiful, captivating, trendy. What is POP for you?

Pop is everything that makes us feel part of a community of exchange without prejudice. Pop is popular and I wallow in it with the people.