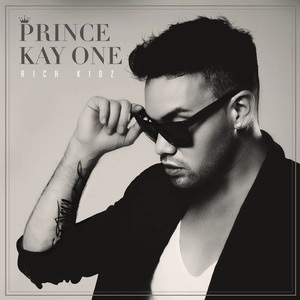 How much money does Kay One have?

Prince Kay One is a well-known German rapper. His fortune was estimated by the “Bild” in 2013 at around 2 million euros, which our editorial team could not understand at the time. According to projections, he probably only reached his first million from fees of around 5,000 EUR per performance and the sale of his music + advertising contracts. However, through the shows on RTL and RTL 2 as well as the following albums, his fortune continued to grow. We currently estimate his private assets at around 5 million euros.

Kenneth Glöckler, as his real name is called, is becoming more and more famous through his quarrels and subsequent disstracks against Sido and Bushido. In 2013, Kay One unpacked the machinations of Bushido and publicly settled accounts with his former mentor on TV and in newspapers. They fought verbal battles via various YouTube videos, which were seen so often in a short time that they broke records. It remains to be seen whether it was all just a sophisticated marketing campaign or whether it is really serious. The fact is, however, that many of those involved earned well from it and this generated a strong media presence.

The beginning as a rapper

In 2001 Kay One won the “Royal Rumble” at the age of 16, the biggest rap competition in Germany. A year later he got a record deal with Royal Bunker with Jaysus and they called themselves Chablife. In 2005 the rap duo separated and Kay One signed with Eko Fresh’s record label “German Dream”. However, that didn’t bring the hoped-for success either – he was broke and forced to move back from Cologne to Lake Constance.

Prince Kay One and Bushido

At the turn of the year from 2006 to 2007, Bushido invited Kay One to Switzerland for a New Year’s Eve party. From here on, Kenneth’s life would change forever. The two rappers got along so well that Kay moved straight into Bushido’s apartment and was immediately invited to the tour “From the skyline to the curb back”. In March 2007 Kay One signed a record deal with Bushido’s label “ersguterjunge”. The following August, Kay One was featured on Bushido’s album “7” which climbed to number 1 in the album charts. Bushido described his protégé and then best friend as the most talented German rapper.

In early May 2010, Kay Ones debut album “Kenneth Alone Home” was released, which was in the German album charts up to seventh place climbed. The breakthrough as a solo artist has now finally succeeded and brought Kay One to the top of the German rappers. The second solo album “Prince of Belvedair” was released in early 2012 and made it to number 4 in the album charts.

After personal arguments and incidents like that Blocking of the successful YouTube videos and the registration of the trademark rights to the name “Kay One” by Bushido, Kenneth announced on April 10, 2012 that he was leaving the record label “ersguterjunge” and thus turned his back on Bushido. The dispute was conducted publicly via various social media channels and received a lot of interest from fans and later in the press. There was a real mud fight between the individual protagonists of the German rap scene. Allegedly, Kay One even became one in May 2012 after two appearances attacked by masked people with kniveswho were hired by Bushido. However, this statement could never be proven. Bushido himself denied these allegations.

In May 2013 Shindy, (colleague of Bushido) published the disstrack “Alcoholized pedophiles “ on Youtube by publicly settling accounts with Kay One. In it he even referred to him and his father as pedophiles. In response, Kay One immediately announced that it would bring the whole truth about the past with Shindy and Bushido to light and published on August 01, 2013 the track “Nothing but Truth”. As the climax of the dispute, Kay appeared on Stern TV on October 9th and packed over the mafia-like relationships between Bushido and the Abhou Chaker clan out. He then received several Death threats and was placed under police protection.

Bushido’s reaction followed on November 22, 2013, when he published the ten-minute disstrack “Life and Death of Kenneth Glöckler” on YouTube. With the track became a new record set up: over a million clicks on Youtube within seven hours.

Kay One’s solo albums under his own label

On October 25, 2013 Prince Kay One released the album “Rich Kidz” under his own label “AP Allstars”, which – as expected – was a complete success. This was followed by the label “Prince Kay One GmbH“2015” JGUDZS – Young enough to give a shit “and in 2016 the album” The boy from back then “. “Makers Gonna Make” was released in 2018. It was always not enough for the top 10 of the German album charts, however, to go gold.

In the song Money Stacks, the rapper shows his 800 m2 luxury villa in southern Germany and some of his luxury cars:

In the summer of 2013, Kay One was the first German rapper to present his own jewelry collection on the “Twelve Thirteen Jewelry” label. However, it was agreed not to disclose any information about Kay’s earnings from this advertising deal. But it should have paid off financially.

Germany is looking for the superstar 2014

At the beginning of 2014, Kay One was seen together with Dieter Bohlen, Mieze Katz and Marianne Rosenberg as a jury member in the 11th season of DSDS (Germany is looking for the superstar) on RTL. Due to the hype that it triggered around itself, it is the perfect addition to DSDS, as the ratings have continued to decline in recent years.

At the end of September 2014, Prince Kay One receives his own reality show on RTL2 and is looking for his personal princess. It-Boy Kaan Ertugrul “Goldpinsel” and the butler “Kay Two” are on hand with help and advice for the “Celebrity Bachelor”. Whether the rapper will really find his princess remains to be seen.

Since it has become a little quieter lately, Kay One is back in May 2017 with the cover of Modern Talking’s song “Louis Louis” (platinum). In the autumn, together with Pietro Lombardi, he knocks out the single Senorita, which has sold over 1 million times and even Diamond status received.