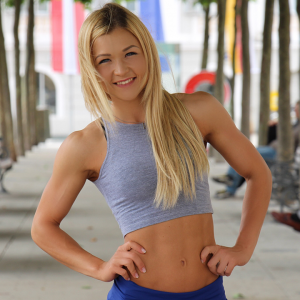 How rich is Sophia Thiel?

In Germany people like to remain silent on the subject of money. It is therefore not surprising that no reliable figures on Sophia Thiel’s assets are known. While some sources speak of just half a million euros, other sources are of the opinion that the fit blonde has 9 million euros on the high edge. In any case, it shouldn’t be a bad match. We researched Sophia’s fortune and came to respectable results. Because the fitness blogger, who is sometimes berated as too muscular by her critics, has more than 915,000 subscribers on YouTube. Her videos have already been viewed over 85 million times. The cherished Sophia Thiel’s net worth is 4 million euros.

One of the young German fitness queens on the Internet has not only earned her money with YouTube for a long time. Although the earnings from YouTube fill their coffers additionally and bring in new fans who in turn like to buy merchandise items. Above all, however, her fitness course gave Sophia Thiel huge sums of money. Because the online fitness market is also booming in this country. After all, online training comes with a high degree of flexibility that a gym around the corner simply cannot keep up with. Sophia Thiel has a size of 1.72 meters and a weight of 60 kilograms, which even melts to 58 kilograms in competitions, she announced in an interview with Karl Ess. However, one probably wonders what such a slim woman can know about weight loss. Sophia Thiel actually knows a lot about it!

Indeed, today’s bodybuilder, who demands a lot from her body, was not always so slim. Sophia herself was severely overweight during her youth. She has now lost those pesky pounds. However, it took three years to lose the 25 or so unnecessary kilograms. Incidentally, Sophia celebrated her entry into the world of bodybuilding in 2012. In 2014 she founded her YouTube channel. In November 2015 she became immensely known through various appearances at ProSieben. This has given her career as an aspiring fitness expert in this country an additional boost.

Despite all the successes and the fact that Sophia Thiel has long since proven that she understands something about discipline and the topic of losing weight, criticism continues to fall. Sometimes Sophia is too fat and muscular, then again she doesn’t have enough meat on her ribs. You would think that their Task as a coach for the online candidates at “The Biggest Loser”, which she took up in 2017, has given her even more credibility. Whether your muscles are still beautiful for a woman or not – opinions and tastes may differ.

However, Sophia Thiel always remains in conversation. She has even had to deal with doping allegations. Most of the allegations sound like envy. After all, she has Munich resident around 3.5 million fans on YouTube, Instagram and Facebook. She has already published a bestselling recipe book and at a young age she can be very proud of her magazine.

Sophia as an author

Incidentally, the sales figures for her book are likely to be the best indication that Sophia Thiel has built up quite a fortune. She was able to sell over 150,000 copies of her first book alonewhich cost around 20 euros each. Sophia herself should have earned a lot from that alone. After her first guide, numerous other books followed, so that her fortune as an author alone is considerable. Sophia is now also represented with its products (deodorants, shower gels and body sprays) at the drugstores Müller and Rossmann. Sophia Thiel has just become a brand and it certainly pays well when she gives her name to a product.